Excerpt from Genetics of Original Sin: The Impact of Natural Selection on the Future of Humanity, by Nobel Laureate Christian de Duve with Neil Patterson (Yale University Press, 2010). Reprinted with permission from the authors.

We are, like the rest of the living world, largely products of natural selection. Our genes are there because, at same stage in evolution, they happened to be useful to the survival and reproduction of their owners or, at least, were not sufficiently harmful for their owners to be eliminated. Some 98.5 percent of those genes existed in the last ancestor we have in common with chimpanzees and were gained at some stage in the long pathway that led from the first forms of life present on Earth more than three and a half billion years ago to the last bifurcation that separated the hominid primate branch from the chimpanzee branch, some seven million years ago. Those genes account for all the properties we share with the chimpanzee. We own what makes us specifically human to the remaining 1.5 percent. It sounds little, but it is still a lot, a genetic text of about forty-five million “letters,” a pretty fat book.

In trying to identify those genes and to explain their selection, we immediately encounter a challenging difficulty. The number of individuals involved at any stage of hominization must have been very small, probably never exceeding a few thousand, if that many. A wide range of mutations is not expected to occur at any time in such a limited population, and the probability that an appropriate mutation will be included in the lot is correspondingly reduced. Thus, assuming an average lifetime of twenty years and a total population of five thousand, the number of new births and, therefore, the number of genetic variants offered to natural selection would be on the order of 250 per year, which appears very small. This number is, however, no longer insignificant if duration is taken into account. Over fifty millennia, for instance, which is less than one-hundredth the total time taken by the hominization process, the number of variants exceeds ten million.

Also important, the population was probably divided into small bands of some thirty to fifty members, closely inbred and related by kin. In such a situation, whatever favorable mutation was offered had a good chance of being efficiently exploited, as it would quickly spread within the group and provide its members with an edge over other groups that did not enjoy the same advantage. We shall see the key importance of this feature.

The fact remains that the chances of evolutionary success were bound to be greater if favorable mutations had a high probability of taking place and if the number of required mutations was small. It is interesting, in this respect, that some of the main differences that have been found between the human and chimpanzee genomes affect genes that influence other genes by way of transcription regulation (see chapter 6). Thus, changes in only a few such master genes could have had wide-ranging effects. Also suggestive, in relation to brain expansion, is the observation from human pathology that brain size may be controlled by very few genes. Two kinds of inborn microcephaly (small brain) have been traced to the mutation of a single gene.

Let us now look at the long pathway of hominization within the framework of natural selection. This pathway may be divided in very approximate fashion into three successive stages, involving different genetic changes and selective factors (see figs. 10.2 and 10.3).

Hominization probably started with bipedalism, which was selectively advantageous in the local terrain

First, until about three million year ago, the main element was the conversion from quadrupedalism to bipedalism, accompanied by only a moderate increase in brain size. Then, covering the next million years, comes a period of rapid brain expansion associated with the making of stone tools of increasing sophistication. Coming finally are the great migrations out of Africa, which took place in two waves: one, starting some two million years ago and invariably ending in extinctions; the other, launched some half a million years ago and bringing forth, first, the Neanderthals, who also disappeared, and, later, the conquerors of the planet and only survivors of the adventure, Homo sapiens sapiens.

Neanderthals shared their viruses with Homo sapiens humans — but also passed on their genes for coping with these pathogens #ResearchHighlight https://t.co/LcT1uGl0wV

Considering first the conversion from quadrupedalism to bipedalism, one is struck by how many anatomical changes must have accompanied this conversion. Legs became longer, arms shorter; feet became adapted to walking, hands to grasping; the spine, pelvis, and shoulders all underwent changes that facilitated an erect posture and the corresponding gait; the position of the head with respect to the rest of the body was modified; muscles, nerves, blood vessels, and viscera followed the skeleton in evolving to allow new kinds of movements and adapting to different weigh distributions. The number of genes that had to be modified for all these adjustments to be achieved cannot be guessed but must have been substantial.

Most of the changes involved, however, happened after commitment to bipedalism had already occurred; they represent improvements, added slowly over several million years, that benefited creatures that had converted to bipedalism. This conversion itself was the decisive factor. Many of our primate cousins walk on two legs intermittently or even regularly, so the final tip-over could have depended on very few genetic changes. What selective advantages may have resulted from the adoption of bipedalism is a question that has prompted much speculation and discussion. Displacement from the forest to the savannah, as assumed by the “East Side Story” (see chapter 9), may have played a significant role. Freeing the hands may have been another major advantage.

What about the next stage of hominization, highlighted by brain expansion and tool-making? Here, an environmental explanation of natural selection seems much less probable than for the first stage. One would expect a more effective brain and more skillful hands to be selective assets under any environmental condition. Furthermore, there seems to be no reason to suspect that this stage of human evolution involved major environmental upheavals. For all we know, it could have taken place mostly under more or less unchanging conditions, in the semiarid regions of northeast Africa. Remember the traces of steps preserved in Laetoli ash during more than three million years (chapter 9).

The dominant factor under such stable environmental conditions could have been competition among bands for the richest hunting and gathering grounds, especially if foods were scarce and difficult to come by. Competition among males for the most desirable females could have been another factor. Here we encounter what may have been a crucial stage in our history, with natural selection reinforcing in our genes two traits that were there before but became increasingly important as the ability to act purposefully improved: solidarity within groups and hostility among groups, especially manifested by males. We shall see in the following chapter to what extent this legacy still affects human behaviour today.

What caused the third stage of hominization and first drove Homo erectus and his contemporaries out of Africa, and later impelled Home sapiens to inaugurate a new series of migrations, is not known. Search of food, perhaps in the wake of migrating herds, probably was a factor. Once the migration started, environmental challenges no doubt again played an important role in natural selection. As the migrant groups encountered different climates and milieus, different traits were retained or rejected by natural selection. We have seen, for example, how loss of pigmentation may have been favored in northern areas, where the weak UV radiation emitted by a pale sun became an asset, rather than a liability. Environmental differences may likewise account for other, less well understood changes that differentiate the major human ethnic groups. Remarkably, in spite of these changes and of long periods of isolation from each other, the different groups—the so-called human races of earlier treatises—never evolved to the point of no longer being able to interbreed. We form a single species.

Looking back over the fabulous story of our origins, we can’t help asking a number of questions. Was the birth of humankind the outcome of an extraordinary combination of circumstances, of a unique conjunction between an improbable genetic accident and environmental conditions that happened by chance to be conducive to exploitation of the accident? Or, on the contrary, had the evolution of the primate brain reached a point such that only a flip was needed to trigger a process that was, so to speak, written in the genes at the time and ready to be initiated? In the latter event, what could have been the triggering flip? If it had not happened, could some other event have started things going? Last question, has the process reached a summit? Or could it continue and one day lead to “superhumans” with mental capacities distinctly superior to ours?

We obviously have no answers to these questions. Concerning the first one, all that can be said is that the pace of hominization, as it can be quantitatively estimated from that of brain expansion (see fig. 10.3), suggests an irresistible process that, once set in motion, proceeded at a growing, almost autocatalytic rate, repeatedly overcoming the obstacles that opposed its progress. This looks more like a case of evolutionary maturity, waiting only for a triggering flip, than like an extraordinary stroke of luck, raising the question of the nature of the triggering flip. Could it have been a critical mutation of a gene controlling the size of the brain? Or an environmental accident, such as the replacement of forest by savannah assumed in the “East Side Story”? Or both? There is no way of knowing, but one is tempted to suppose that, if events had been different, the necessary triggering flip would nevertheless have occurred, so impressive is the apparently obligatory character of the process, once initiated.

As to the last question, the present situation allows no prediction. One can simply say that there seems to be no objective reason for assuming that hominization has reached an unsurpassable summit. This question will be further examined below (see chapter 14).

Christian de Duve is professor emeritus at the Catholic University of Louvain, Belgium, and at Rockefeller University, New York. During his distinguished career he has received numerous honours and prizes, including the 1974 Nobel Prize in Physiology or Medicine and fifteen honorary degrees. He lives in Belgium.

Neil Patterson has more than fifty years of experience in science and college publishing, including roles as cofounder of four leading science publishers. He has been Christian de Duve’s editor for more than thirty years. He is now chairman and CEO of the E.O. Wilson Biodiversity Foundation.

Christian de Duve – Vital Dust: The Origin and Evolution of Life on Earth

Christian de Duve – The future of our species 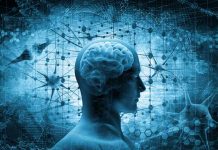 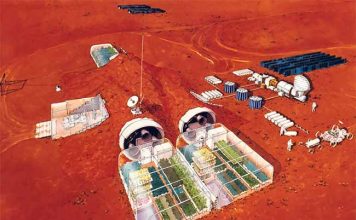