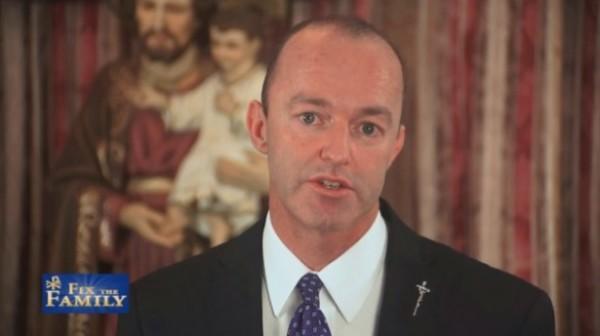 Fix the Family is a Catholic group focused on changing families so that they’re stronger, thereby creating a stronger society. However, they want to do this in a way that shunts people into strict, traditional gender roles, which isn’t necessarily good for society. In fact, their position on sending girls to college pretty much boils down to one word: “Don’t.” In an article called “6 Reasons (+2) to NOT Send Your Daughter to College,” author Raylan Alleman explains why this is a perfectly reasonable, and even preferred, position to have. It’s important to keep in mind that this article is not directed just at Catholics, but rather, at everyone. Let’s take a look at these reasons below.

“She will attract the wrong types of men.” Alleman believes that girls in college are likely to only attract lazy men who are merely looking for a good woman to take care of them in every way. In essence, they’re looking for a mother, not a wife. A girl who ends up with this type of man will end up being the primary breadwinner, supporting him, when the marriage is supposed to be the other way around.

Basically, Alleman is not just shunting women into a specific role, but also men. To him, and to Fix the Family, men are the breadwinners, women are the homemakers, and that’s just how it is. Women in college not only allow, but also encourage, men to be lazy, forcing college-educated women to pick up the slack and the tab in marriage. Therefore, he can decide whether he wants to work or not, and she will never realize her potential as a wife and mother because she has to support his lazy butt.

One of the main problems with the old gender roles was that women felt limited, and once the children were all grown up, they were left without an identity of their own. These feelings, which women were expected to keep to themselves, put undue stress on marriages. According to Fran Walfish, a psychotherapist and author of The Self-Aware Parent, choice is what matters. A woman who plays multiple roles in the family and in life tends to have more confidence. As the children grow up and move out, she still has things that define her, which she can continue to build on. Furthermore, if an area of her life isn’t going well, she has other things that can help her feel more positive, instead of depending on That One Thing for her entire outlook on the world and her life. This is also true for men.

“She will be in a near occasion of sin.” Because sheltering young people from bad things, keeping them ignorant of them, always works. Every time.

Young women apparently also become blind to the faults of a man when they’re sexually involved, because sex releases hormones that mask her ability to see his faults. This is, according to Alleman, why God intended for sex to only be in the state of marriage. It will make her less likely to see his faults, and therefore less tempted to criticize him.

This alludes to the religious idea that wives should be submissive to their husbands, rather than an active participant in a relationship. Everybody has faults, everybody makes mistakes, everybody is wrong sometimes. People who are married to each other will see each others’ faults no matter how much sex they have. Sexual frustration, when there’s a lack of sex in the marriage, doesn’t necessarily reveal faults, but instead it magnifies them, even distorts them. This type of belief can undermine communication in a marriage, and build resentment, which can then lead to all sorts of other problems. If she has no identity of her own outside of the marriage and the role of mother, she can also feel trapped, and trivialized. None of this is good for a marriage.

“She will not learn to be a wife and mother.” Colleges don’t teach anything geared towards homemaking, so when she realizes she might have to give up her career, she has no homemaking skills to fall back on.

First of all, men need to learn how to be husbands and fathers just as much as women need to learn how to be wives and mothers. But this is if they decide they even want to marry and have kids. Many couples these days are opting not to have children, in fact 43% of women who are Generation X have no children. It’s not just college debt, it’s also other debts, like credit card debt, in addition to career ambition and working extreme hours.

It’s neither wise nor necessary to keep girls from college for the purpose of learning to be wives and mothers when there’s a chance they may want neither of those options for themselves.

“The cost of a degree is becoming more difficult to recoup.” It also “can often be difficult or impossible to get an adequate payoff for the investment.” Thank you, Captain Obvious. We had no idea. Alleman thinks it’s better to keep girls out of college so that their families are only saddled with one set of debts instead of two. That way, the husband’s income, coupled with a wife who’s okay with being frugal, will keep the family’s finances afloat.

This speaks more to the problem of spiraling college costs and student loans than it does to whether girls should go to college. However, it’s not a good reason to keep girls out of college. Marriage is a partnership, and men and women need to marry someone who’s okay with their current financial situation and level of education, and choices that affect their future. It’s silly to try and dictate that women shouldn’t attend college because the added debt will only hurt her family. If she even decides to have a family. It may not.

“You don’t have to prove anything to the world.” With this one, Alleman actually makes a good point, that women shouldn’t have to bow to societal pressure to attend college and have a career just to prove their self-worth, and that they shouldn’t have to follow one specific path.

There is no problem with this. This is the whole point; women should be able to choose what they want to do, and shouldn’t feel obligated to bow to social pressure for what to do with their lives. In fact, both men and women should be able to decide what roles they play in their families. That’s where Alleman’s piece falls apart; he says that girls going to college is a means of caving to societal and even feminist pressure, but he wants girls to cave to the pressure of the Catholic Church’s idea of what women should do with their lives. He contradicts his own points with this reason.

“It could be a near occasion of sin for the parents.” Because parents “feel an unnecessary obligation” to pay for their children’s college tuition, and college is so expensive, they may be tempted to use contraception or get sterilized to avoid having more children.

College costs aren’t the only reason couples decide not to have more children. Alleman repeatedly says that the man’s role is to be the breadwinner and the woman’s role is to be the homemaker and child-raiser. It is very difficult to get by in a single-income household these days, but there are families that are able to do it, even if the breadwinner doesn’t have an especially high-paying job. If the husband’s income is already becoming stretched, they may feel they can’t afford more children anyway. Many people, regardless of religion, believe that it’s irresponsible to have more children than they can afford. And nobody wants to rely on government assistance, especially if there are ways to avoid it.

“She will regret it.” Alleman says that increasing numbers of women regret buying into the feminist BS that is having a career and a family, and ignoring what’s truly important and valuable.

Why this is a problem:

First off, Alleman is getting that idea from people who write in to Fix the Family, or to him specifically. That means the women coming forward with regret for having a career is probably not a truly representative sample of the population. Either that, or these are women who tried to have it all because of pressure, and not because it was what they really wanted.

Remember, this is all about freedom of choice, not about what role women should play. It’s just as wrong and damaging to tell a woman she must have a career as it is to tell her she must be a homemaker. And don’t forget, this also applies to men. There’s nothing wrong with a woman who wants to have a career and be the breadwinner, while her husband stays at home and is the homemaker. Or works at home for equal or even less pay. If that’s what works for the couple and the family in question, then more power to them. It is neither society’s nor the church’s place to tell people what roles they must play.

“It could interfere with a religious vocation.” According to Alleman, many seminaries and religious orders don’t take people on who have large, unpaid debts.

Why this is a problem:

If she wants a religious job, she should do her research into how to get one of those jobs, and her parents should support her decision, and even help her make that decision without pushing her toward or away from it. If she finds that college is going to create too much debt for her to get the job she wants, then no, she shouldn’t go. But this ought to be her decision. It should not be made for her.

Space technology is improving our lives and making the world a better place. Here’s how