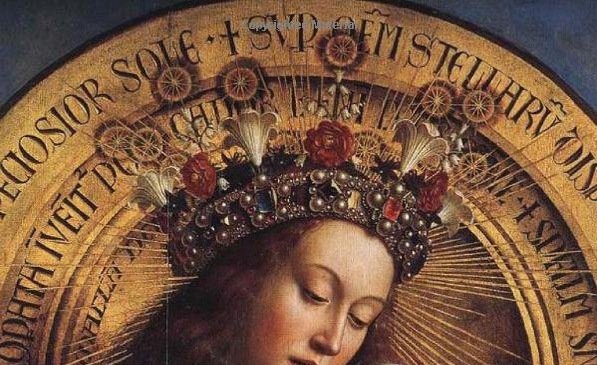 Among my Christmas gifts this year I received a book by Kaya Oakes, which I reviewed for Amazon, entitled “Radical Reinvention: An Unlikely Return to the Catholic Church.”

It raises the eternal question for all of us about what we want to believe about the unknowable and I thanked that kind member of my family, who was raised in the Catholic religion for challenging me to think again about my own religious orientation. I welcome the opportunity.

She tells me that this book was written by a good friend of a good friend and she “found it fascinating. Am looking forward to seeing your impression.” So here goes my view.

Oakes, whom I gather is over 40 after her stated long absence from church, describes herself as a liberal pro choice Catholic, which right away makes her a walking oxymoron, which of course is her reason for writing the book. She writes about how she worked her way back from being a lapsed Catholic because she needed her religion despite its obvious imperfections.

The title of Oakes’ book implies that she has created a new path to her faith, which in reviewing the vague and unclear promo quotes on the back of the book’s cover seem not quite accurate.

For example: what does the Publishers Weekly mean when it writes, “As an explanation and excavation of the already fading recent past, it is essential reading.”???

Or from the Cleveland Plain Dealer: “Oakes is no dry outsider. She believes in what she describes, she contributes to it and she speaks its language.”

Anyway, the back cover tells us, “After running from the Church for thirty years, Kaya decides to return”. Why? Well, her marriage is under stress, her job not satisfying and there were numerous recent deaths in her family, so………………..despite her reservations about Catholic conservatism, “nothing brings her peace like Mass”.

Sounded more to me like she took refuge there instead of spending big money on a psychotherapist. Is she retreating back to the womb of her earlier childhood. Hey, I admit finding solace along the path of our finite term among the living is a profoundly personal odyssey.

Of course, I sympathize with her personal troubles. That presumably is why so many worldwide are willing to embrace this repressive, demanding, freedom inhibiting religious faith. Too bad. But she feels personal satisfaction and comfort. So who is anyone to question that choice? And it is not that she is keenly unaware of the RCC’s imperfections. On page 84 for example she refers to her late father as “foisting this ridiculous religion on me”.

In a way like Pilgrim’s Progress she goes around talking and seeking to find her own path, with feisty nuns, with priests, with travels to Italian religious sites. In short, seeking by “doing the real hard work of belief” (page 224).

She finally comes “from a radical life in the secular world to one of radical faith”, believing that she and others will effect meaningful change within the RCC. Studying its past, inhaling its legacy and its theology, she concludes that reform can occur and that she and others are “agitators for reinvention of the Church, the self, the world. We are all ready for a metanoia. (i.e. –from this reviewer–one of whose meanings is “the changed mindset of those who reject consumerism and materialism as the basis for progress”). Maybe we have already seen it begun”.

So reform of this existing faith sounds dandy to many and my humanistic path would be totally different, but the process of gaining true reform will be long for either.

I guess my most urgent rejoinder would be that fealty to any male dominated monotheistic religion has so far in history brought a parade of wars and massive injustices.

Her personal retreat lends political power to those same papal elites who attack women’s reproductive rights, who encourage with immense political clout the bringing in endless illegal and legal immigrants into the USA despite its dreadfully overloaded present numbers of unemployed Americans, and who attack the rights of the LGBT communities with their unholy rubric that legal marriage can only be between a man and a women!

Having just attended my first wedding with two brides, who after 7 years of living together and raising the child birthed by one of them, I witnessed a wonderful, loving, stable family situation just enabled by the strike down of DOMA by the Supreme Court. Aha, progress.

Of course the unchurched have been equally culpable for the horrors of history and for the present wars and civil unrest today, but we know how often the enforcement of the principles of these various religious fantasies have always been very detrimental to all of us around the world.

Seeking relief from personal pain can of course be sought in many other unconstructive ways including booze and drugs. But Oakes finds Mass works for her. Folding herself in the quiet of beautiful surroundings, churchly music, soothing nostrums, she is at peace. Did it help her marriage? Or has she simply nun like made a new marriage with the Church?

Having been raised in a Protestant family with a fairly regular church attendance record, I experienced first hand the utter boredom of the typical service and the early skepticism which I felt early on at age 10 about being full of original sin when I didn’t feel I had done anything wrong. But the massive commitment of my family and my local environment kept me quiet longer, but never emotionally or rationally committed.

In fact when the clergy of any faith talk about gaining relief from embracing a religious belief I look for an exit.

The daily news reflects the fact that religions can be very dangerous. One can argue that they offer a shield against all humanity’s basically sinful and flawed nature, but sans religion one would at least perceive very clearly that basic untamed and certainly to be continued bestiality will surely continue, without pretending that the flimsy fantasies spun by religions’ many versions will fix these tendencies anytime soon.

As the presentations on this Church and State web site has consistently opined, secular power should be wielded by secular people. And since life is so short, to spend time deciding how many angels dance on the head of a pin, seems to an increasing number of humans a wanton waste of precious time.

But obviously this is an opinion NOT shared by billions. Do most of these religious adherents really believe the fantastical claims of immortality, uniqueness, and correctness? Perhaps not, but if you live in a community which embraces and enforces them, you would rather be alive than dead or disgraced.

This book exemplifies why people adopt religions or any deeply held beliefs in the face of life’s inevitable torments and conflicts. There are literally millions of such tracts floating about! For example, see how that best selling MD’s book about his dying and seeing heaven and returning to life captures our imaginations. We desperately want to believe in our being part of eternity; we will be of course if only as perceptual molecules in a vast unknowable solar system.

Many of us instinctively use amulets–trinkets that we believe will bring us good luck or fend of ill fortune. Is religion the ultimate amulet? As an avid golfer, I watched Zach Johnson, who just won his 11th PGA tour golf tournament, report that his religious belief had a great role in carrying him to victory. Does he have a favorite item to cling to. A cross? Wonder what kind of amulet works for Muslims as branches of the same faith such as Sunnis vs Shites continue to massacre each other?

This book will appeal to those who embrace religious faiths, but can hardly appeal to those of us who wonder at the sights in our vast universe but who eschew the fantasies of such believers, however good hearted and honorable in their intentions they may be. And the price we all pay for the power ceded to the holy claimers is a price all the peoples of the world should not be willing to allow.

Radical Re-invention? Turns out her odyssey is not radical at all, but simply an old story of why people need crutches of all kinds, chemical, liquid, athletic, social, political or religious. Those quests will doubtless continue, but our best hope is that the power of real righteousness will be more and more vested in clear eyed secular leaders than in those who take their guidance claimed to come from some unknowable god, a source that always originates from human invention. Read the histories of Joseph Smith, Mohammed or Emperor Constantine and you will get it!