In our July 23, 2014 lunch at our home with the Darwinist/atheist, Richard Dawkins, and his colleague, Robyn Blumner, Executive Director of the Richard Dawkins Foundation for Reason and Science, my wife, Sally and I of course discussed many subjects, but perhaps the most illuminating for me was to refer to his long gestating book, “The Selfish Gene

” which he initially joked about as “my best seller”, long before it became a real best seller which it did in 1976.

Just for clarity’s sake in that book, Dawkins describes our genes thusly: “The genes are the immortals….(they) have an expectation of life that must be measured not in decades but in thousands and millions of years.

“In sexually reproducing species, the individual is too large and too temporary a genetic unit to qualify as a significant unit of natural selection. The group of individuals is an even larger unit. Genetically speaking, individuals and groups are like clouds in the sky or dust storms in the desert. They are temporary aggregations or federations.” He notes such populations can last a long while but any “population is not a discrete enough entity to be a unit of natural selection, not stable and unitary enough to be “selected” in preference of another population”.

In this seminal volume, he makes the case for the survival of genes, not specific creatures, which of course include humans. In the process, he attacks prior theories of evolution which say that evolution always seeks to produce better results, better creatures!

This line of argument he presciently dubs “evolutionary panglossism” a phrase which derives from the famous Voltaire character, Dr. Pangloss’ presumption that “All is for the best in this best of all possible worlds.”

In his latest book, his memoir, “An Appetite for Wonder: The Making of a Scientist

Evolutionary panglossians are vaguely aware that natural selection does a pretty effective job of making living things good at their business of living. Albatrosses seem beautifully designed for flying above the waves, penguins for flying beneath them (I happen to be writing this on a ship in Antarctic waters, marveling through my binoculars at these prodigies of avian virtuosity). But panglossians forget, as it is so easy to forget, that this “good at” applies to individuals, not to species. Good at flying, good at swimming, surviving, reproducing, yes, natural selection will tend to make individual animals good at things.

But there is no reason to expect natural selection to make species good at avoiding extinction, good at balancing their sex ratio, good at limiting their population in the interests of the common weal, good at husbanding their food supply and conserving their environment for the benefit of future generations. That would be panglossism. Group survival may emerge as a consequence of improved individual survival, but that is a fortunate byproduct. Group survival is not what natural selection is about.

Dawkins then goes on to agree that “We can foresee a happier future if we limit our birth rate so that fewer individuals are born, to enjoy richer lives. We can decide that self restraint now will pay dividends in the future.” Of course, as he further observes, “a panglossian version of natural selection had been proposed, which, if it worked, might achieve something like the “all is for the best utopia”. But unfortunately it doesn’t work”.

Aha! Eureka! The condition of humanity in our troubled world has more than proved Dawkins’ point. Having noted, as Dawkins did, with the same awe at the behavior of those marvelous albatrosses in crossing the Southern Ocean en route from our trip to Antarctica, my wife and I certainly found daunting evidence in our extensive international travels around the world for 50 plus years, that group survival for the human race is definitely on trial.

The likely destruction of huge numbers of humans and much of the precious environment in which they live will become the hallmark of ours and future generations. Having spent most of my life arguing and working for family planning expansion for all families, I am keenly aware of the fact that humans do not always select or follow personal behavioral paths which will result in improved living conditions for them or anybody.

Naturally, the continued expansionist beliefs of religionists of the large monotheistic male dominated sects will greatly influence the capacity of humans to adapt successfully to lower levels of population. The future for humans must be, based on present evidence, indeed grim, but the likely survival of their genes in some form seems certain.

Can the tide be turned? Not likely in sufficient numbers to avoid huge chaos and tragedy, but at least Dawkins, the great scientist, has told us the truth, which most of our present world leadership has scrupulously avoided acting upon to date.

Do you dare to read this book which perhaps already has drawn inane charges of heresy? Only if you want to know the truth.

Richard Dawkins: An Appetite for Wonder

An Appetite for Wonder – The Making of a Scientist 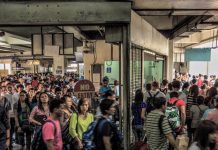 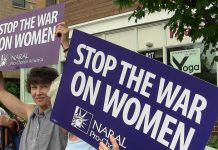