By Donald A. Collins | 23 November 2014
Progressives for Immigration Reform 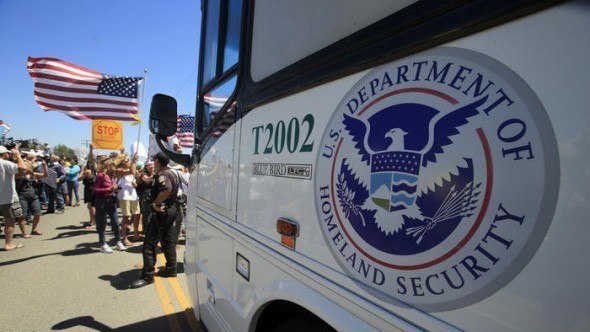 NYU Professor Stanley Renshon, a fellow at the Center for Immigration Studies, has written an article which covers many of the bases about why Obama is acting during the lame duck session of Congress to build a legacy in his own final 2 lame duck years. Read it here.

The moderate, middle of the road average US citizen has to be scratching his or her head when they read what our leadership is willing to foist on the majority of American citizens. Let me summarize it in 3 words: Race, Religion and Rapacity – the guides to understanding how extremism has captured our governance and could easily destroy our democracy.

When a president ignores the Rule of Law for political gain, when 25 million Americans are either unemployed or underemployed, he should be called to task. When the powerful forces of religion can impact the rights of women to obtain safe, legal options for their family planning needs and six of nine Justices of our US Supreme Court are members of a religion whose strictest policies mandate against this most basic of women’s right, that is to determine when and under what circumstances they bear children, we see our Founders’ secular heritage being trampled. When the 1% of Americans hold 40% of our liquid assets in thrall, their ability to control our legislative process for their benefits, becomes a chant even in our docile main stream media which says “We have the best Congress money can buy.” A look at the money spent to elect those in our last cycle is confirming evidence.

Every expert who has objectively reviewed the horrible comprehensive immigration bill passed by the US Senate Bill S.744 has noted it bore no provisions for enforcing the law so that it would not be a replay of the disastrous 1986 Amnesty Law which legalized 3 million illegal aliens and encouraged over 15 million more to come in, largely unchecked and certainly not sought out by Obama or his predecessor.

Bringing in more Asian engineers has been such a powerful incentive for the Silicon Valley billionaires that our own American techies are often left standing unemployed. Obama’s pledge to give all foreign techies green cards will doubtless be lauded by those Silicon worthies with money for future election cycles. Where are we going? Figure a future with laws routinely unenforced, corruption spewing out of control, American citizens being sacrificed to the highest bidders for the cheap labor and their presumed religious proclivities by ethic advocates who politically meld perfectly with the One Percenters! Sad that after such an obvious and effective program as E-verify has gotten well started that our paid off legislators can’t make it permanent and mandatory for all US employers.

America is a huge melting pot – and sought by so many that it is now going to be overrun to the point that what has made us great will no longer be sustainable. My earlier piece on this site talks about the governing power of the sheer numbers. When our human numbers, which were 125 million when I was born in 1931, hit 450 million in a couple of decades, perhaps people, regardless of their race, religion and or rapacity will be saddened to see the demise of the greatest republic since Pericles.

Of course worldwide, these same forces are driving population beyond any sustainable limit, but dealing with such an issue will take a world leadership not likely to surface in our time. You might find this 2003 op-ed by Janet Brazill instructive.

DML: H1B Visas and the myth about shortage of tech workers

Will Americans vote to abandon the rule of law on immigration?