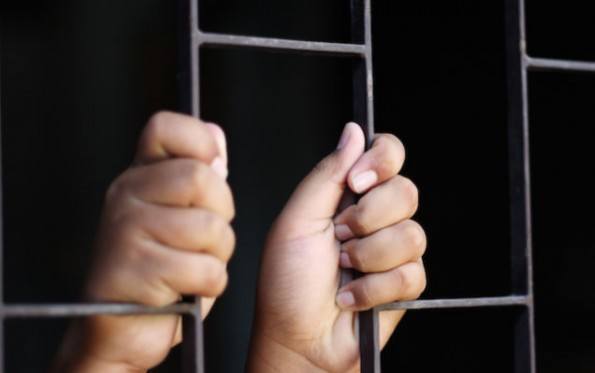 If conservatives have their way, any pregnant woman who has a miscarriage — natural or not — will be thrown in prison for decades, like this woman.

At 18 years old, a woman known as “Guadalupe” was in the middle of her second pregnancy, in 2007. She already had a child and she worked as a housekeeper for a wealthy family in El Salvador.

One day, while working, Guadalupe suddenly collapsed. She was rushed to a public health clinic and doctors informed her that she had suffered a miscarriage. But despite the fact that doctors couldn’t find any evidence that Guadalupe terminated her pregnancy on purpose, they called the police and had her arrested anyway so they wouldn’t be held criminally liable.

Unlike in America, abortion in El Salvador is totally illegal and even natural miscarriages result in severe punishment.

Guadalupe was interrogated without being granted legal representation, and she was quickly tried and found guilty of homicide. The judge sentenced her to 30 years in prison. After exhausting every appeal possible, her only chance to regain her freedom rested with El Salvador’s legislature. But instead of the pardon everyone expected, the right-wing party fiercely opposed the effort and the measure failed by a single vote. That means Guadalupe will remain in prison for the next 23 years.

Many other women have suffered the same fate in El Salvador, including 17 women under the age of 30.

These draconian anti-abortion laws may only exist in El Salvador and other Latin American countries, like Chile, Honduras, Nicaragua, and Haiti, but that doesn’t mean American women shouldn’t worry about similar laws being enacted in the United States.

Republicans across the country have openly called for outlawing all forms of abortion, including miscarriages. In Kansas, conservatives attached an amendment to House Bill 2613 last Spring that would create “mandatory reporting requirements for miscarriages that occur at medical facilities or for the physician who sees a woman immediately following a miscarriage.” In short, women would have their names entered into a database if they have a miscarriage.

Sounds frighteningly similar to what happened to Guadalupe in El Salvador, doesn’t it? But Kansas is hardly the only red state to seek such measures.

In 2011, Georgia Republicans sought a law requiring law enforcement to investigate miscarriages that hospitals would be required to report to them. Again, this sounds just like what is happening in El Salvador.

Mississippi is also poised to prosecute women who have miscarriages and stillbirths. And many red states have actually done this. Louisiana, Utah, and Florida have all punished women just for having a miscarriage. And there are 800 such cases like this that have happened in America, which has had legal abortion since 1973, when the Supreme Court made its ruling in the landmark Roe v. Wade.

If such laws are enacted in the United States, hundreds of thousands of women could be arrested and imprisoned every year just for having a miscarriage. Approximately 500,000 pregnancies result in a miscarriage every year in the US. Should we investigate and prosecute each woman who has one? Not only is such an idea ridiculous, it’s a violation of privacy and a waste of time and taxpayer dollars. This is precisely why only “all persons born” have constitutional rights. Because these kinds of laws would punish women for natural miscarriages that are no fault of their own and would punish women who actually make the personal choice to end a pregnancy. They would punish women for making decisions concerning their own bodies and reproductive health.

And with Republicans tightening their grip of control over state legislatures across the country, and their takeover of the U.S. Senate, conservatives are now just one presidential election away from having the power to pass these draconian laws. Republicans in the U.S. Senate and House have already made outlawing abortion their number one priority. The only person standing in their way right now is President Obama and his veto pen. Women need to be scared of what Republicans are doing, because if they don’t pay more attention and fight back harder than ever before, they could very well wake up one day in prison because conservatives here in America think the anti-abortion laws in El Salvador are a good idea.

In El Salvador, A Miscarriage Leads To Jail