For everyone who warned that the Hobby Lobby case, in which the Supreme Court ruled that a retail store can have a religious exemption when it comes to covering birth control, would become a slippery slope – we’re sliding right to the bottom.

The Catholic Archdiocese of Milwaukee is claiming a similar defense in its sex abuse cases, but only after they tried hiding the money from their victims first.

The accusations against the Milwaukee Archdiocese are particularly horrific. They involve 45 priests who are accused of molesting almost 200 deaf boys.

According to Think Progress, they first sealed the $55 million in funds from bankruptcy by putting it in a trust for cemeteries and mausoleums. They then tried the religious freedom defense. That worked at first, when a court ruled in 2013 that their religious freedom did shield them from paying victims.

On Monday, though, the Seventh Circuit Court of Appeals overruled the first court. That doesn’t necessarily mean that the victims will see the money, though. It will likely be appealed again.

The church is claiming that because the money is in a fund for cemeteries and mausoleums, they won’t be able to fulfill their obligation of servicing dead people if they are forced to pay for the people whose lives they’ve ruined.

Religious freedom became an issue after the archdiocese claimed that it had a Canonical obligation to “properly maintain in perpetuity” the cemeteries and mausoleums funded through the trust. If victims of sex abuse or other creditors are compensated out of these funds, the archdiocese says, “there will be no funds or, at best, insufficient funds, for the perpetual care of the Milwaukee Catholic Cemeteries,” and thus the archdiocese claims that it will be unable to fulfill a religious obligation.

The court ruled in a way I think the Supreme Court should have ruled in the Hobby Lobby case. They ruled that churches don’t get to opt out of paying Social Security taxes – that the public’s interest can supersede religious freedom:

Drawing a comparison to a Supreme Court decision holding that religious objectors may not opt out of Social Security taxes, the court notes that federal bankruptcy law, like Social Security, “’serves the public interest by providing a comprehensive … system with a variety of benefits available to all participants’ nationwide.” Just as Social Security “aids those who have reached a certain age or are disabled, the Code aids those who have reached a certain financial condition and who need assistance repaying or recovering a debt.”

The court warns that if this becomes precedent that there’s no telling where it will end. Anyone at anytime can join or create a cult just to “gain economic advantage.” I would argue that the Hobby Lobby ruling could do something very similar. Businesses can use their own religious beliefs, no matter how bizarre, to discriminate or to violate laws. 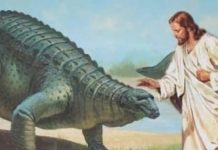