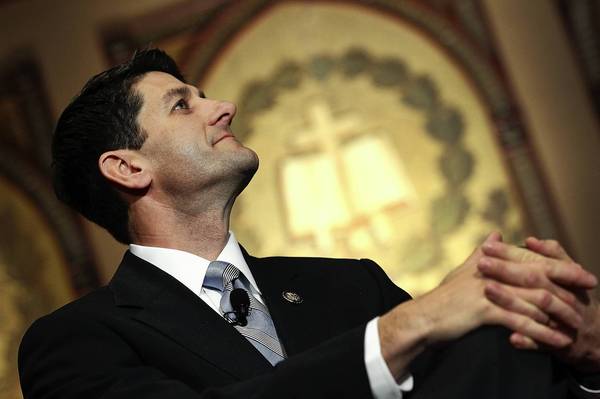 I’ve absolutely had it with these politicians who constantly try to inject their religion into politics and policy. Not only that, they run on the premise that our government should be based on biblical principles.

Oh, by the way, it’s 100 percent unconstitutional for laws to be based on religion. But you don’t have to believe me, just read our First Amendment:

Congress shall make no law respecting an establishment of religion …

Our Constitution couldn’t be much more direct on this subject.

Yet, despite this indisputable fact, we still constantly see politicians (specifically Republican politicians) running on the premise that they’ll govern based on religious principles.

In other words, we have politicians blatantly admitting that they plan to violate our Constitution.

And I know, I can already hear some people saying, “Oh, what about Obama’s violations of the Constitution?” I’m not talking about actions that are subjective. All politicians support policies that sometimes skirt the line of being Constitutional. Obama critics just like to act as if everything he does is unconstitutional. Which is completely ridiculous.

I’m talking about the fact that our Constitution clearly states that laws cannot be based on religion, yet we have politicians willfully trying to base laws on religion.

Hell, I still don’t quite get how every law we have in this country based on religion isn’t immediately deemed unconstitutional. Why do we have to “challenge” these laws to get them overturned? They shouldn’t exist in the first place!

But what I think we should do (though I know it would never happen) is make a rule that says any politician who tries to justify any law or legislation because of their religious beliefs should immediately be removed from office.

Think about how much simpler politics would be.

Hell, think how much simpler life would be if people just kept their religious views to themselves. Much of the conflict we see around the world is based on this desire by some to force their religion on others.

This doesn’t mean people couldn’t freely exercise their religion as much as they want. By all means, spend 7 days a week at church for all I care. Just don’t try to force others to follow the same religious views that you do. If someone happens to ask you about it, then by all means discuss it with that one person. Otherwise, keep your views to yourself.

I’m just sick and tired of seeing politicians stand in front of crowds, blatantly admitting that they plan to govern via “biblical principles” when basing legislation on religion is 100 percent unconstitutional. I don’t understand how that could be considered Constitutional.

Because, to me, the moment a politician willfully tries to interject their religion into public policy, they’re violating our First Amendment.

So I say, let’s set a rule that says any politician who willfully tries to base laws on religious beliefs is to be immediately removed from office.

Hit me up on Twitter and let me know what you think.