Editor’s note: John Seager is the President of Population Connection (formerly Zero Population Growth or ZPG), the largest grassroots population organization in the United States. He has written a letter for Population Connection about Pope Francis’ recent encyclical on climate change, which fingers his church’s consistent unwillingness “to break the doctrinal chains that prevent the Vatican from recognizing the impacts of population growth”. This is a truly brilliant statement, worthy of wide distribution.

While Pope Francis took a welcome step in the right direction with his just-released encyclical on climate change, he remains unwilling to break the doctrinal chains that prevent the Vatican from recognizing the impacts of population growth.

He dodged the population question by setting up a false dichotomy between those dedicated to “resolving the problems of the poor and thinking of how the world can be different” and unspecified “others” who “can only propose a reduction in the birth rate.” Only? No responsible observer believes that smaller families are a panacea. Of course, consumption matters. It is the Pope who is ducking the issue here.

Pope Francis goes on to claim that “developing countries face forms of international pressure which make economic assistance contingent on certain policies of ‘reproductive health.’” Certainly, grants and loans are proffered for a wide variety of purposes. As head of a global institution that denies basic human rights (such as the right to marry) to those who fail to accept its edicts, Pope Francis is in no position to lecture others about “pressure.”

The Pope writes that to “blame population growth instead of extreme and selective consumerism on the part of some, is one way of refusing to face the issues.” Again, Pope Francis sets up a straw man. It is his own refusal to address population growth that is both obstinate and unrealistic.

Pope Francis states the “attention needs to be paid to imbalances in population density, on both national and global levels, since a rise in consumption would lead to complex regional situations, as a result of the interplay between problems linked to environmental pollution, transport, waste treatment, loss of resources and quality of life.”

According to the UN, Africa’s population may quadruple to four billion by 2100. How many millions will suffer and die because the Vatican places a higher value on doctrinal purity than on the lives of innocent people? This is not merely a matter of “complex regional situations,” as the Pope would have it. It’s a matter of life and death for millions of people and for so many others among what the Pope would term God’s creatures.

Appreciation of the Pope’s stand on climate change must be tempered by a recognition that, as the head of an institution wholly governed by men, he has yet to recognize that, without access to modern contraception, women remain prisoners of medieval ideology.

The Men Behind The War On Women 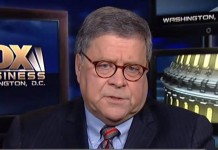