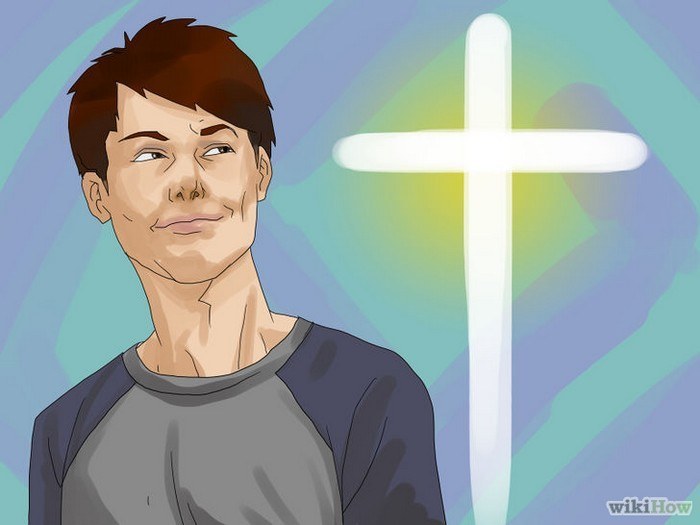 9 – You feel insulted and “dehumanized” when scientists say that people evolved from other life forms, but you have no problem with the Biblical claim that we were created from dirt.

8 – You laugh at polytheists, but you have no problem believing in a Triune God.

7 – Your face turns purple when you hear of the “atrocities” attributed to Allah, but you don’t even flinch when hearing about how God/Jehovah slaughtered all the babies of Egypt in “Exodus” and ordered the elimination of entire ethnic groups in “Joshua” including women, children, and trees!

6 – You laugh at Hindu beliefs that deify humans, and Greek claims about gods sleeping with women, but you have no problem believing that the Holy Spirit impregnated Mary, who then gave birth to a man-god who got killed, came back to life and then ascended into the sky.

5 – You are willing to spend your life looking for little loopholes in the scientifically established age of Earth (few billion years), but you find nothing wrong with believing dates recorded by Bronze Age tribesmen sitting in their tents and guessing that Earth is a few generations old.

4 – You believe that the entire population of this planet with the exception of those who share your beliefs — though excluding those in all rival sects – will spend Eternity in an infinite Hell of Suffering. And yet consider your religion the most “tolerant” and “loving.”

3 – While modern science, history, geology, biology, and physics have failed to convince you otherwise, some idiot rolling around on the floor speaking in “tongues” may be all the evidence you need to “prove” Christianity.

2 – You define 0.01% as a “high success rate” when it comes to answered prayers. You consider that to be evidence that prayer works. And you think that the remaining 99.99% FAILURE was simply the will of God.

1 – You actually know a lot less than many atheists and agnostics do about the Bible, Christianity, and church history – but still call yourself a Christian.