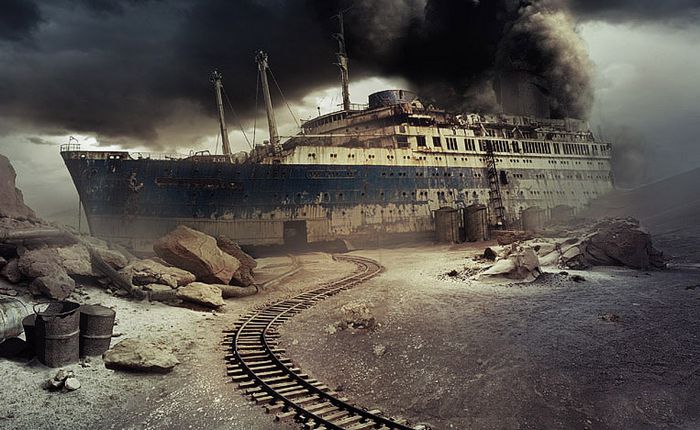 1. Christianity—in all its obnoxious denominations—is illogical, irrational, unreasonable and, of greatest import, unscientific. From mammalian parthenogenesis to talking non-human animals, from repeated corpse resurrection to impossible human longevity, this particular brand of mythology is unscientific to its core. Various absurdities, found in both the Old and New Testaments, simply cannot be reconciled with science-based reality and natural principles.

2. The Bible, in the not-too-distant past, reasonably has been interpreted to permit—or even condone—“witch” burnings, slavery, torture, female subservience and all manner of detestable horror. True, some passages in the Good Book speak about love, charity, forgiveness and solidarity. But, other passages—equally numerous if not more—prescribe stoning people to death for fictitious offenses such as gathering sticks on the Sabbath. In short, the very same tome that pious people clutch in church on Sundays was in the bloodstained hands of murderous primitives inflicting the thumbscrew on innocents guilty only of non-conformity in a Christofascist, pre-scientific world.

3. James Ussher’s Bible-based dating of Creation—that it took place nightfall before October 23, 4004 BCE—is egregiously, laughably fictitious. As Sam Harris snickers, “This is, incidentally, about a thousand years after the Sumerians invented glue.” A 6000-year-old earth is so absurdly in conflict with the evidence as to make the proposition strictly comical and unworthy of scholarly attention. In contrast to the Bible’s small and young (and non-existent) universe, cosmologists have discovered that there are more than one hundred billion (10^11) galaxies in our universe, each featuring hundreds of billions of stars. The sun—the center of our solar system—is merely an ordinary star, in an ordinary galaxy. Our universe is roughly 13.7 billion years old. And, who knows if we might live in some sort of grand cosmic multiverse, of which our universe is merely an insignificant speck.

4. Atheism is the only consistent position with respect to faith-based religious mythology. Christians, for example, are non-believers with respect to every faith except Christianity. Christians are utterly atheistic about every deity (of the infinitely many which could be conceived) except Yahweh. How oddly inconsistent. Muslims, too, reject every world religion save for Islam, which, to them, has a monopoly on absolute Truth. How is it reasonable to reject 10,000 faith-based religions, yet cling to the absolute authority of one? The only reasonable method by which to choose one religion over another would be hard evidence—something that all modern religions lack equally. Absent hard evidence, isn’t faith in Yahweh equal to faith in Enlil (or any other fantastical imagining)?

5. Historic “heroes” of Christianity are worthy neither of respect nor reverence. Harris writes, “It was even possible for the most venerated patriarchs of the Church, like St. Augustine and St. Thomas Aquinas, to conclude that heretics should be tortured (Augustine) or killed outright (Aquinas). Martin Luther and John Calvin advocated the wholesale murder of heretics, apostates, Jews and witches.” Here, once again, we return to severe punishments prescribed for fictitious offenses. The Christofascist societies of centuries past (ruled over by the same Bible one finds at Sunday Services) bear a frightening resemblance to the modern-day Islamofascist Middle East, into which we have butted our collective nose.

6. Yahweh is woefully unworthy of worship. As portrayed in the Old Testament, he is the very embodiment of human frailty: vicious, vengeful, jealous, egotistical, insecure and, most frighteningly, endlessly murderous. Yahweh also seems to have difficulty separating the important from the insignificant, as evidenced by the Ten Commandments. Harris writes, “And what are we to make of the fact that, in bringing his treatise to a close, the creator of our universe could think of no human concerns more pressing and durable than the coveting of servants and livestock?” Yahweh’s special list of ten alternates between self-aggrandizement, statements of the obvious, pronouncements of the silly and declarations of the trivial.

7. No God, the Christian character or otherwise, should be worshipped given the results with which we live. If Yahweh is real, then cancer, smallpox, AIDS, malaria and aphasia are all products of his cloud-enshrouded laboratory. “Acts of God” such as Hurricane Katrina and the devastating tsunami of a few years ago are exactly that—the life-extinguishing playthings of the creator of the cosmos. Then there are starvation, homelessness, birth defects, genetic disease….

8. Piety can directly result in mass death. Harris writes, “Christian missionaries have been known to preach the sinfulness of condom use in villages where no other information about condoms is available. This kind of piety is genocidal.” He continues, in a note, “If you can believe it, the Vatican is currently opposed to condom use even to prevent the spread of HIV from one married partner to another.” This is truly sickening, folks. In the fundamentalist mind, agonizing death is preferable to the imagined sin of sex aided by contraceptive.

9. Virulent Christian anti-Semitism helped create the environment in which the Holocaust took place. Harris writes, “…the anti-Semitism that built the Nazi death camps was a direct inheritance from medieval Christianity. For centuries, Christian Europeans had viewed the Jews as the worst species of heretics and attributed every societal ill to their continued presence among the faithful. While the hatred of Jews in Germany expressed itself in a predominantly secular way, its roots were religious, and the explicitly religious demonization of the Jews of Europe continued throughout the period. The Vatican itself perpetuated the blood libel in its newspapers as late as 1914. And both Catholic and Protestant churches have a shameful record of complicity with the Nazi genocide.”

10. Let us turn, for just for a moment, to David Mills’ Atheist Universe: “The Church angrily denounced the introduction of medicines, antibiotics, anesthesia, surgery, blood transfusions, birth control, transplants, in vitro fertilization and most forms of pain killers. Supposedly, these scientific tools interfered with nature and were therefore against God’s will.” The Church’s modern-day anti-science positions, obviously, should come as no shock. Diminishing human suffering never has been a high-level concern. After all, in a mind deranged by religion, there is another life to which to look forward. The earthly is merely ephemeral and, thus, suffering is a-ok.

–Taken from My Case Against God by Dan Ferrisi