This piece was originally published at Forward Progressives. 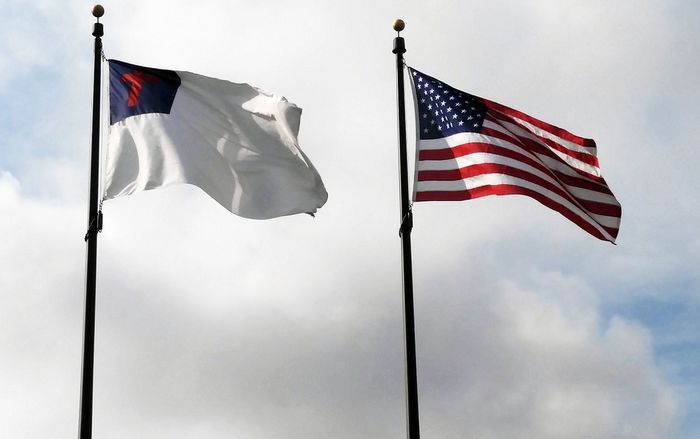 Freedom of religion (and from it) was so vital to our Founding Fathers that they made it a key part of the First Amendment in the Bill of Rights. Religious freedom is what this country was originally founded on, and the Puritans demonstrated for us why the separation of church and state is so important today. Starting in the mid-1500s and lasting for almost 150 years, Europe was torn apart by a series of wars over which Christian denomination should rule. The Pilgrims left England, via Holland, and took ships to the New World so that they could practice their religion without fear of being persecuted by the Church of England, which was also busy persecuting the hell out of Catholics at that time.

One of the chief complaints was that the Catholic Church had entirely too much control over government and was also incredibly corrupt. Protestants wanted a religion that was simpler, and it is also argued that they wanted less religious control by the Church, partly due to corrupt practices that favored the clergy. The Church of England wasn’t much better, and many Puritan believers fled across the Atlantic for the sake of religious freedom.

Unfortunately, as soon as the Pilgrims landed in the New World, they promptly went about enforcing their own strict religious laws which resemble a lot of the beliefs of modern-day Christian Dominionists like Michele Bachmann and Rick Santorum. When people claim that this country was founded on religion, they’re right that the Puritans founded those colonies on their bizarre version of Christianity, but the other colonies that formed the first 13 states were much more secular. Other New England states like Rhode Island were originally formed due to the complete intolerance the Puritans had for anyone who wouldn’t follow their religious laws, including the Quakers who were persecuted by the religious majority in Massachusetts. In other words, America once had a theocracy with no separation of church and state, and it was awful.

If the Founding Fathers had intended on officially making the United States a Christian nation with Christian laws, they would not have put “Congress shall make no law respecting an establishment of religion” as the very first line of the First Amendment. They also would not have put “or prohibiting the free exercise thereof” if they had any beliefs that Christianity should be the only religion with protections. We don’t know if the Salem Witch Trials were on the mind of James Madison nearly one hundred years later, but a good argument could be made that the rigid intolerance of the Puritans influenced the decision to prohibit the government from granting favor to any one religion over another.

Now fast forward to 2016 and there are right-wing conservatives who are still insisting that this country was founded on Christianity. While Christian principles may have influenced the Founding Fathers, many of them subscribed to some degree of Deistic belief and viewed religion as a private matter, instead of a strict code by which government should be run. They were certainly polar opposites of the Puritans who had mostly disappeared as a political force in Massachusetts by the time of the American Revolution, although their religious ideas were still alive and well.

The Founding Fathers intended on this country being governed by reason and rule of law; that’s why we have the Constitution and the Bill of Rights which guarantee many individual freedoms. When the Supreme Court ruled earlier this year that all consenting adults have the right to marry under the Fourteenth Amendment, regardless of gender, the Puritans of our time had an emotional meltdown that they still have yet to get over. Even now in a couple of Kentucky counties, elected officials are refusing to abide by the Constitution because they believe that their Puritanical views override the law of the land, the individual rights of others be damned.

Additionally, they insist that the right to discriminate for religious reasons is guaranteed under the First Amendment – but that only applies to religious organizations and not government officials who have sworn an oath to uphold the Constitution, including the parts that they don’t like. The greatest ignorance of the religious right as exemplified in people like Kim Davis or Casey Davis is that they fail to realize the First Amendment was designed in order to protect our country from bigots just like them.