We are amidst perhaps the most grossly vulgar Presidential campaign in US history where one candidate denies any sexual wrong doing. Question: Does he know the difference between consensual sex and unwanted sexual advances?

It has long been postulated that empowering women must be the major route toward causing families to have the number of children they mutually desire and thus reining in the growth of human numbers so that sufficient amounts of our planet’s non human fauna and flora can survive to support a sustainable level of human life.

In short the growing urgency of too many people has long been known and not treated with proper urgency or funding. Despite adding 3 or 4 billion to human numbers since the mid 20th Century, demographic forecasts of perhaps 10 to 12 billion by 2100 seem to not faze or interest world leaders.

Sadly 50 years ago, when I first began to work professionally in the family planning field, solving human numbers by bringing modern contraception to those women who wanted them was adjudged a new paradigm for action. Since, perhaps beginning at the UN Population and Development Conference in Cairo in 1994 that paradigm was judged faulty. Since then a lot of what US AID and other private sources currently fund are programs which deal with effects NOT causes (e.g. poor education, high levels of economic insecurity, gang related violence, drug usage, teen pregnancy, and other community issues) instead of a full court press on empowering women with the means to control their fertility. Less developed nations often show less concern with fertility control, since some see this as developing nations wanting to limit their numbers.

The male dominance of women still prevails, even in the USA—ok, not to the same degree as in many nations—and the likelihood of electing a woman President this November would have significant symbolic value. Clearly overcoming the male power exercised often but not exclusively via powerful male dominated monotheistic religions remains the main obstacle in many countries around the world.

Education is often proposed as the route to women’s empowerment and certainly is important. I have always thought that making sure cell phones were in the hands of everyone would be an incredibly good use of development funding.

eMarketer expects 4.55 billion people worldwide to use a mobile phone in 2014. Mobile adoption is slowing, but new users in the developing regions of Asia-Pacific and the Middle East and Africa will drive further increases.

Between 2013 and 2017, mobile phone penetration will rise from 61.1% to 69.4% of the global population, according to a new eMarketer report, “Worldwide Mobile Phone Users: H1 2014 Forecast and Comparative Estimates.”
(Source: emarketer.com)

But just as male dominance affects the ability to increase the voluntary use of birth control methods, men often keep women from using cell phones—or in Saudi Arabia from driving cars.

Air conditioners, washing machines, cable television. Balbir, a retired cook, has embraced them all. But there is one innovation that isn’t welcome in his home—the smartphone.

Mr. Balbir, who goes by one name, can afford one. They sell for less than $50 in India these days. But he fears the freedom that comes with them could lead his daughters astray.

“They start talking and the next thing you will have a love marriage or she will run away with a boy,” said Mr. Balbir, who has forbidden his girls from having cellphones. He has a cellphone not connected to the internet for calls only.

Such attitudes have helped create a new kind of digital purdah for tens of millions of Indian women, who are finding themselves barred by fathers and husbands from taking advantage of technological leaps that benefit men.

In India, 114 million more men than women have cell phones. That represents more than half the total world-wide gap of around 200 million between men and women who possess phones, according to GSMA, an international cell phone-industry group.

But in countries such as India, the new technology is exacerbating an already deep gender gap. The gulf is blocking women from increasingly crucial ways of communicating and learning, and making it harder for them to find work, upgrade their skills and assert political rights.

While Mr. Trump has sharply denied making any unwanted sexual advances, we know around the world that the bondages and assaults suffered by too many women are still commonplace. Perhaps the discussion created by this current Presidential campaign will be in the end highly useful in setting new cultural orientations here, but worldwide male dominance remains starkly in place and inhibiting the empowerment of women who in turn can be the most influential in curbing the disastrous climb to unsustainable human numbers. 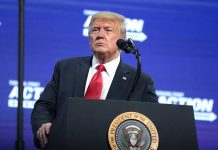 Can Trump be sued after he leaves the White House? 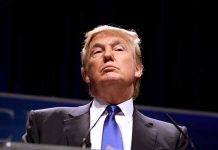