In 2014, Hobby Lobby fought to exclude certain types of birth control coverage for women based on a religious belief that women shouldn’t have it. The dispute went all the way to the U.S. Supreme Court where five justices, all men and all with connections to the Roman Catholic Church, ruled in favor of religious beliefs over the human beings who didn’t share those beliefs.

Only one good thing would come from this “decision of startling breadth.” One woman would become inspired to seek out unbelieving women who were free from religion and share their experiences with the world.

The result is Women Beyond Belief: Discovering Life Without Religion.

In the library of atheist literature there are countless male voices and authors. Now, twenty-two women add their human perspective and experience to the mix. And it’s about time.

I knew a bit of Garst’s story as we have both contributed to Removing the Fig Leaf, a blog on Patheos, and I follow The Faithless Feminist, Garst’s own blog, where I have learned more about the history of my own religion than I did in fourteen years of religious education. On Garst’s blog I saw that a new book about women’s experiences would soon be available and I pre-ordered it immediately.

The very first story is by Ann Wilcox, and I resonated with it thoroughly. There were just too many parallels between her story and my own, including her compulsion to list fundamentalist doctrines and describe each one. We don’t get indoctrinated from the womb to know this stuff and then just let it go when sharing our story.

Like Wilcox, one day when I was reading the Bible, I realized I simply didn’t believe any of it anymore. Suddenly my whole world was off balance. God was no longer the Great and Powerful Wizard of Oz; he was the man behind the curtain of collective imagination. My surprise was akin to Wilcox’s in that I honestly didn’t think this would ever happen to me. However, in my case, this revelation came with an additional shock. I thought I was the only atheist in the world.

This isolating experience began the day I ran across a definition for atheism online. It read something along the lines of, “Not being convinced of the validity of a deity or deities based on the lack of evidence.” I felt that description was much too broad. In other words, I was horrified that the definition was extensive enough to include me, considering my family, friends, community, and entire identity were wrapped up in Christianity.

I balked at the label because, for one thing, I didn’t match the atheist stereotype—I was neither a scientist nor male. (And definitely not British, as that seemed to me to be a qualifying factor as well.) But on a more basic level, all other atheists earned their atheism by actively hating and rebelling against God. (Right?) While I, on the other hand, came to mine humbly, honestly, and reluctantly. Atheists actively follow Satan, but I actively pursued God. Atheists were fools according to the Bible, and I was diligently seeking truth. Atheists had a ton of faith in their adamant belief that there was no God, and here I was hoping very much that God was real.

It’s rather obvious that everything I knew about atheists was learned from non-atheists. (If you hadn’t guessed.) What a priceless treasure Women Beyond Belief would have been to the world’s loneliest atheist at that point in my life. I would have called it a godsend and a blessing in those first days of atheism, as I had no alternative language. And I would have thanked God for it before thinking that through. I was the kind of person who compulsively thanked God for bringing something to my mind that solidified my atheism, like a good metaphor or a scientific study, and then I’d realize what I was doing. It was just second nature to give full credit for thinking to God instead of my brain.

After getting to know many atheist women in the last few years, I didn’t expectWomen Beyond Belief to delight and surprise me the way it did. I tend to think of formerly religious atheists as having my experience, but I’m discovering that there is no quintessential deconversion story. Sometimes the women in each chapter had nothing more in common other than their gender, and often a connection to the city of Portland, where Garst first starting pooling stories together. 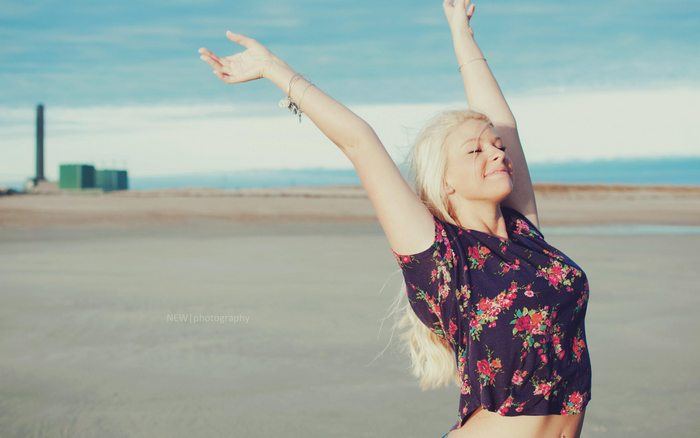 This book took me to Peru, Zimbabwe, England, and a side trip to India. Some women didn’t think of their atheism much, and used it dead last in a list of self-descriptors. Others clung to it as a freedom from their religious experiences. And yet some had been atheists a very long time—long enough to recognize the problems within their own community and to push for humanism in atheist circles. Lilandra Ra had me standing and cheering at almost everything she wrote.

These women can’t all have a writing background, yet every story is so masterfully done that the reader can’t help but experience these women’s feelings: Emma Graham’s fear of God’s lightning, Taressa Straughter’s lonely atheism (while Black), Marsha Abelman’s religious zeal, and Michelle DeBord’s utter, devastating heartbreak at losing her sister to bad doctrine.

Taylor Duty described every Christian summer camp I’d ever attended. Karen Brotzman made me confront my prejudices as she described the goodness of people in her religious buffet experience: Methodists, Lutherans, Pentecostals, and Mormons. Then there was Sandy Olsen who wrote about spirituality in such a beautiful and relatable way that didn’t contradict science or the natural world. Even the most severe naturalist like myself who avoids “woo” could thoroughly appreciate her experience.

Gender discrimination, especially for those from religious backgrounds, pops up again and again as a latent theme that weaves many of the stories together. Some grieved the lives they could have lived if they had not been constrained by what they thought God wanted women to be and do. Most of the writers were feminists, yet one spoke out against feminism (applying the word “victim” to feminists much as I’ve heard some religious people apply the word “sad” to atheists) and ending with a defense of Bella from the Twilight books. If I was under any impression that all atheist women were all cut from the same stock, I was thoroughly set straight!

Another general theme I found in the various stories was how those who were never very religious were happy to live symbiotically with the religious, and reflected on religious practice as an oddity. Yet those with religious backgrounds were more wary of religion, as they had first-hand experience with the harm it brought to their lives. The juxtaposition was most evident when Kay Pullen, who has no issues with religion, wrote about her vegetarianism. It was evident she had the freedom to choose her own values, and respected others for their values. In contrast, Gayle Myrna mentions how she can never go full vegetarian after years of religious food restrictions. It was almost as if it would be a threat to her newfound freedom. Religion can be escaped, but it still haunts a person.

I hope these women go on to write more. I’ll read it. I hope Garst goes on to publish a sequel or two, with more voices in atheism. I’d love to hear from more lesbian, transgender, and queer women. I’d love to hear from women with disabilities. I’d love to fill my library with them, because on the atheism side of my bookshelf it’s rather a gentleman’s club.

The last story of the book is “Not Quite an Atheist” by Nancy J. Wolf. She lists areas in her Christian faith that don’t quite add up or make sense. And there I was again, reflected in one of the stories. Someday maybe she’ll discover the definition of atheism feels too inclusive, as I did. But at least in her case she’ll have one advantage over me:

Alexis Record is a feminist, humanist, special needs adoptive mom and former Bible student and teacher. She devoted the first 30 years of her life to living and teaching the Bible both in the US and abroad. Nowadays she is volunteering at Sunday Assembly San Diego, pouring her heart out on The Clergy Project forums, advocating against Accelerated Christian Education, spreading awareness for her children’s condition of arthrogryposis and contributing to The Radical Notion where she is a senior writer.