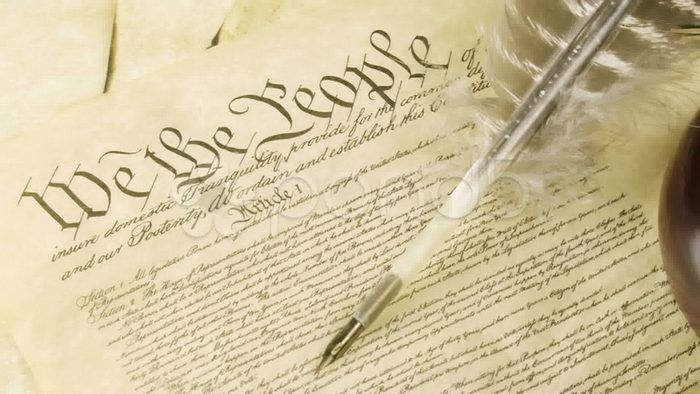 In 1787, 55 men gathered at Independence Hall in an effort to draft a document to create a new and more efficient system of government to replace the failed Articles of Confederation. The document that came out of the convention in Philadelphia is the Constitution that we still use to this day.

But conservative Christians constantly claim that God wrote the Constitution or that it was divinely inspired and written with the Bible open on the desk while it was being drafted. Take former House Majority Leader and Texas Republican Tom Delay for example. Last year, he claimed that God wrote the Constitution and that it was written based on the Bible.

“I think we got off the track when we allowed our government to become a secular government. When we stopped realizing that God created this nation, that he wrote the Constitution, that it’s based on biblical principles.”

Or how about 2016 GOP presidential candidate Mike Huckabee, who believes America was founded as a Christian nation so much that he called for Americans to be forced to listen to pseudo-historian David Barton at gunpoint back in 2011. For those acquainted with Barton, he’s the conservative Christian whose Wallbuilders organization is trying to tear down separation of church and state and routinely uses fake Founding Father quotes to push their agenda. He also believes the Constitution is Bible-based.

And then there is Ted Cruz, who used his speech announcing his run for president to claim that our constitutional rights come directly from God.

And of course, there are many more conservative Christians who believe this nonsense. And they blatantly ignore history and fact in favor of lies and dogma.

The fact is that humans wrote the Constitution and neither God nor the Bible played a role in the crafting of it.

According to the National Archives on who wrote the Constitution:

In none of the relatively meager records of the Constitutional Convention is the literary authorship of any part of the Constitution definitely established. The deputies debated proposed plans until, on July 24, 1787, substantial agreement having been reached, a Committee of Detail was appointed, consisting of John Rutledge, of South Carolina; Edmund Randolph, of Virginia; Nathaniel Gorham, of Massachusetts; Oliver Ellsworth, of Connecticut; and James Wilson, of Pennsylvania, who on August 6 reported a draft which included a Preamble and twenty-three articles, embodying fifty-seven sections. Debate continued until September 8, when a new Committee of Style was named to revise the draft. This committee included William Samuel Johnson, of Connecticut; Alexander Hamilton, of New York; Governor Morris, of Pennsylvania; James Madison, of Virginia; and Rufus King, of Massachusetts, and they reported the draft in approximately its final shape on September 12. The actual literary form is believed to be largely that of Morris, and the chief testimony for this is in the letters and papers of Madison, and Morris’s claim. However, the document in reality was built slowly and laboriously, with not a piece of material included until it has been shaped and approved. The preamble was written by the Committee of Style.

Furthermore, the National Archives also reveals the name of the person who wrote the Constitution in its final form:

Jacob Shallus who, at the time, was assistant clerk of the Pennsylvania State Assembly, and whose office was in the same building in which the Convention was held.

In short, the Constitution was written by many because everyone had input into the document. But none had more influence than Founding Father James Madison, who is considered the Father of the Constitution. Here are a couple quotes by the man himself that definitively state that the Constitution is not a product of Christian dogma.

“The civil government functions with complete success by the total separation of the Church from the State.”
~Founding Father James Madison, 1819, Writings, 8:432, quoted from Gene Garman, “Essays In Addition to America’s Real Religion”

“Strongly guarded as is the separation between Religion and Government in the Constitution of the United States, the danger of encroachment by Ecclesiastical Bodies, may be illustrated by precedents already furnished in their short history.”
~Founding Father James Madison; Monopolies, Perpetuities, Corporations, Ecclesiastical Endowments

In addition, nowhere in the Constitution will you find the words God, Jesus, the Bible, or Christianity. In fact, there are only two places where religion is mentioned and it’s in a secular way that includes any and all religions.

The first mention is found in Article VI, where it specifically bans religious tests as a qualification for public office.

“No religious test shall ever be required as a qualification to any office or public trust under the United States.”

The second mention is found in the First Amendment, which plainly states:

“Congress shall make no law respecting an establishment of religion, or prohibiting the free exercise thereof.”

In other words, there can never be a national religion, and any effort to support one religion over another is a violation of the Constitution, which was written collectively and collaboratively by 55 men and signed by 39 of them.

But just in case conservatives still can’t get it through their thick skulls that God had nothing to do with the writing of the Constitution, here is testimony by John Adams to make it crystal clear:

“The United States of America have exhibited, perhaps, the first example of governments erected on the simple principles of nature; and if men are now sufficiently enlightened to disabuse themselves of artifice, imposture, hypocrisy, and superstition, they will consider this event as an era in their history. Although the detail of the formation of the American governments is at present little known or regarded either in Europe or in America, it may hereafter become an object of curiosity. It will never be pretended that any persons employed in that service had interviews with the gods, or were in any degree under the influence of Heaven, more than those at work upon ships or houses, or laboring in merchandise or agriculture; it will forever be acknowledged that these governments were contrived merely by the use of reason and the senses.”
~John Adams, “A Defence of the Constitutions of Government of the United States of America” 1787-1788

What religion one practices may not be a qualification for holding public office, but not knowing American history should definitely be an automatic disqualification. Because if that were the case, virtually every Republican in office now would have to resign and politicians like Ted Cruz and Mike Huckabee would never get close to even touching the Oval Office.

THE GREAT AGNOSTIC from RODERICK BRADFORD on Vimeo

THE HERETICAL ABOLITIONISTS from RODERICK BRADFORD on Vimeo 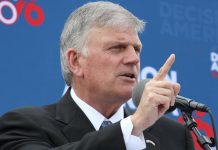