Overwhelmingly, 81 percent of white evangelicals voted for Donald Trump — a twice-divorced vulgarian who calls women “pigs” and “slobs,” brags about extramarital affairs and boasts of grabbing females by their private parts. He rarely attends church. Nonetheless, strong evangelical support propelled him to the White House.

Can anyone explain this bizarre contradiction? Does it mean that evangelicals care little about sexual morality and family values taught by their churches? Are they more devoted to Republican conservatism than to their church maxims? This paradox smacks of cognitive dissonance, the confusion suffered when opposite beliefs clash inside a person.

A few white evangelical Americans renounced Trump, but the vast majority comprised his biggest fan base. I hope that a profound scholar will explain what impelled fundamentalists in the 2016 election.

The outcome showed that white evangelicals still wield enormous political power, even as they dwindle in U.S. society. Many studies have outlined the retreat of religion. Here’s a capsule summary:

These social transformations rebuked the “religious right” allied with the GOP. White evangelicals feel that the ground is crumbling beneath them. Worse, young people are leaving churches.

A new book, “The End of White Christian America,” by Robert Jones, head of the Public Religion Research Institute, says that Americans who say their religion is “none” have become the largest segment in the United States. They now constitute 25 percent of adults, compared to 21 percent who are Catholic and 16 percent who are evangelical. The secular tide is sure to rise, because 39 percent of adults under 30 have no church affiliation.

In a Washington Post interview a few months ago, Jones said the retreat of faith has been “swift and dramatic” in recent decades, first eroding mainline “tall steeple” Protestants, then Catholics and finally evangelicals. Southern Baptists lost 200,000 members in 2014, then another 200,000 in 2015.

A previous book, “The Great Evangelical Recession,” by megachurch pastor John Dickerson, warned that “evangelicalism as we knew it in the 20th century is disintegrating.” He said “a majority of young people raised as evangelicals are quitting church” and “in coming years, we will see the old evangelicalism whimper and wane.”

Well, those forecasts may come true someday — but in 2016, white evangelicals decided the presidency. They still have colossal power.

Strangely, they rallied behind a candidate who’s the opposite of evangelical morality. Trying to fathom America’s religio-political tides is bewildering. 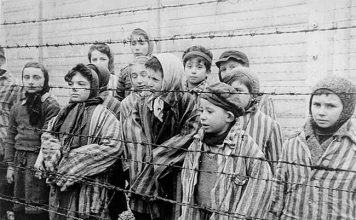