By now, it’s clear that religion is fading in America, as it has done in most advanced Western democracies.

Dozens of surveys find identical evidence: Fewer American adults, especially those under 30, attend church — or even belong to a church. They tell interviewers their religion is “none.” They ignore faith.

Since 1990, the “nones” have exploded rapidly as a sociological phenomenon — from 10 percent of U.S. adults, to 15 percent, to 20 percent. Now they’ve climbed to 25 percent, according to a 2016 survey by the Public Religion Research Institute.

That makes them the nation’s largest faith category, outstripping Catholics (21 percent) and white evangelicals (16 percent). They seem on a trajectory to become an outright majority. America is following the secular path of Europe, Canada, Australia, Japan, New Zealand and other modern places. The Secular Age is snowballing.

Various explanations for the social transformation are postulated: That the Internet exposes young people to a wide array of ideas and practices that undercut old-time beliefs. That family breakdown severs traditional participation in congregations. That the young have grown cynical about authority of all types. That fundamentalist hostility to gays and abortion has soured tolerant-minded Americans. That clergy child-molesting scandals have scuttled church claims to moral superiority. That faith-based suicide bombings and other religious murders horrify normal folks.

For decades, tall-steeple mainline Protestant denominations with university-educated ministers tried to downplay supernaturalism — to preach just the compassion of Jesus and the social gospel. It was a noble effort, but disastrous. The mainline collapsed so badly it is dubbed “flatline Protestantism.” It has faded to small fringe of American life.

It was a felony to terminate a pregnancy. It was a felony to be gay. One homosexual in our town killed himself after police filed charges. Even writing about sex was illegal. In 1956, our Republican mayor sent police to raid bookstores selling “Peyton Place.”

Gradually, all those faith-based taboos vanished from society. Religion lost its power — even before the upsurge of “nones.”

When I was a cub reporter, my city editor was an H.L. Mencken clone who laughed at Bible-thumping hillbilly preachers. One day, as a young truth-seeker, I asked him: You’re correct that their explanations are fairy tales — but what answer can an honest person give about the deep questions: Why are we here? Why is the universe here? Why do we die? Is there any purpose to life?

The church explanation — that Planet Earth is a testing place to screen humans for a future heaven or hell — is a silly conjecture with no evidence of any sort, except ancient scriptures. No wonder that today’s Americans, raised in a scientific-minded era, cannot swallow it.

Occam’s Razor says the simplest explanation is most accurate. Why is religion dying? Because thinking people finally see that it’s untrue, false, dishonest. 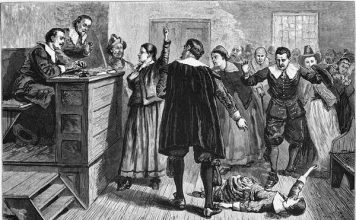 Abortion Choice: Good People On Both Sides? You Decide!!