How did life on Earth arise? Was it abiogenesis—the origin of living forms from non-living matter? Or was our planet merely seeded with microorganisms originating from somewhere else in the galaxy? And if the origin of Earth life was on Earth, did similar events occur on Mars, Venus, Jupiter’s moon Europa, Saturn’s moon Enceladus, and on hundreds of millions of worlds throughout the universe?

The answers to these questions—central to astrobiology and research into the origins of life—could help us in several ways. If we discovered, for example, that life forms on Europa don’t share a common origin with Earth life, this would tell us the cosmos is teeming with life. It would mean that abiogenesis is a common occurrence—since we’d have life emerging independently on two neighboring planets. But also, it would give us a new perspective on biology. That’s because all life on Earth could be assessed as a special case, a system that uses DNA as the information-storage material, and a particular language—the Genetic Code—for making use of that material to control biology.

But there’s one more dimension to the origins of life paradigm. The life that we know took hold on Earth about 3.5 billion years ago. But this does not mean that our system is the only life that emerged on Earth. Nor would it mean that our life is the only one deposited here from space. If abiogenesis happened once on Earth, indeed, if it happened here and on neighboring worlds, there’s no telling how many times it could have happened. We could be the descendants of the system of life that won out over others, either because it out-competed other systems, or because it emerged after other systems went extinct following planet-wide natural disasters.

In 1953, Stanley Miller and Harold Urey demonstrated that simulated lightning and ultraviolet radiation—forces present on early Earth—could stimulate conversion of simple chemicals into more complex chemicals needed to create life. Since that time, scientists have experimented with a growing number of prebiotic chemistries—systems that are not alive, but full of chemicals that life uses.

The last universal common ancestor can be traced back billions of years by comparison of genetic sequences of various organisms. The fossil record shows solidly that there were organisms on Earth 3.5 billion years ago that looked a lot like today’s photosynthetic bacteria. Consequently, there is little doubt among scientists that our system of life was established by that time period. However, because the pieces of the puzzle—prebiotic chemical reactions and cell membrane organization—occur easily, there’s a growing awareness that our distant, microbial ancestors may not have been alone on this planet.

There have been several mass extinction events over the last few billion years, so it is plausible that competitors of organisms with the genetic system that we inherited were wiped out. It’s also plausible that some other system of life still exists deep in the Earth’s crust. Furthermore, Earth’s surface was cool enough to support life beginning about 3.9 billion years ago and certain rocks from Greenland contain chemical isotope evidence for the presence of life 3.8 billion years ago. This means evidence related to the numbers of neutrons in the atoms of certain chemical elements. That tells you nothing about genetics, nothing about physical form. Consequently, it leaves a period of few hundred million years, on Earth at least, when there could have been life very different chemically from the life that we know, yet with no way for us to know anything about its nature.

David Warmflash is an astrobiologist and science writer. He received his M.D. from Tel Aviv University Sackler School of Medicine, and has done post doctoral work at Brandeis University, the University of Pennsylvania, and the NASA Johnson Space Center, where he was part of the NASA’s first cohort of astrobiology training fellows. Dr. Warmflash has written numerous articles covering a range of science topics, from the search for extraterrestrial life and space exploration to the origins of life, genetics, neuroscience, biotechnology, and the history of science. His articles have appeared in various publications, including Wired UK, Discover, Scientific American, Genetic Literacy Project, and Cricket Media. Throughout 2018, he did a blog post series on the emergence of ancient science for Vision Learning, covering thinkers from history. Many of these ancient pioneers of science also make an appearance in his book, “Moon: An Illustrated History: From Ancient Myths to the Colonies of Tomorrow”. Follow him on Twitter @CosmicEvolution.

The mysterious origins of life on Earth – Luka Seamus Wright

Did Life on Earth Come from Space? 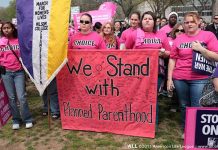 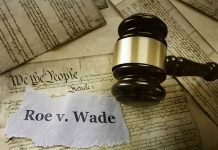 Abortion Rights in the United States Part 2: The Trimester Framework 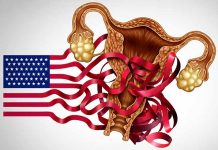 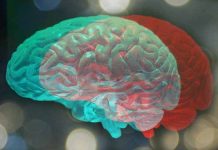 ‘Rebooting the brain’: Our fight to bring people back from the dead