Just over a week ago, I was standing in front of my friend George Wolinski’s grave in the Montparnasse cemetery in south Paris, thinking about the time we spent together in Cannes, Copenhagen, Paris and Angoulême International Comics Festival. Wolinski, a funny and prolific cartoonist, was among the 12 people killed in Charlie Hebdo’s offices on January 7. His very modest grave was covered with flowers of all colours. On a small plate it read “George Wolinski 1934-2015”.

Little did I know then that only a few days later, the Paris killings would prove the inspiration for a similar attack in Copenhagen. That’s at least what it looks like, though we still need more details to tell the full story.

The seminar that came under attack in Copenhagen was organised by a group of people from right and left who support the Swedish art historian and artist Lars Vilks. Ten years ago he produced a couple of cartoons depicting the prophet Muhammad with a dog’s body. Since then he has been the target of murder plots, a fire bombing and physical attacks. By necessity, he now travels with bodyguards.

Though the Copenhagen attack was a shock, it didn’t come as a surprise. As French cartoonist Plantu told me recently when we were chatting in his office at Le Monde in Paris: “This is just the beginning. There will be more attacks.” Unfortunately, I think he is right. This will be a long battle, first and foremost a battle of ideas. The erosion of the crucial distinction between words and deeds – between an image that some may find offensive and actual violence – has created a climate in which “blasphemers” are required to bear responsibility for violent attacks subsequently directed against them. I experienced that myself in 2006 after commissioning drawings of Muhammad published in the Jyllands-Posten newspaper in Denmark, and I have tried to explain the mechanisms at work in my book The Tyranny of Silence: How One Cartoon Ignited a Global Debate on the Future of Free Speech. There are people who seriously believe that the organisers of the Copenhagen debate asked for trouble. This is partly due to a new grievance fundamentalism. It heightens the sense of insult and offence, according it enormous social power.

Many don’t seem to understand the crucial distinction between words and deeds in a liberal democracy. It’s a key difference between a free and an un-free society, where authorities criminalise words as if they were deeds. Establishing this distinction has been epochal in the western European history of the right to freedom of expression and the fight against censorship. Until the 17th century – after the wars of religion in Europe – actions and words were treated identically throughout Europe. Verbal expression of deviant or unorthodox notions in matters religious were treated as physical attacks on the church and God. That’s one of the reasons why blasphemy was seen as a capital offence. Unfortunately we have witnessed a return of this illiberal way of looking at words and deeds.

A key question when it comes to the debate about free speech is: what does it mean to be a liberal democracy in a multicultural world, where people of different beliefs and persuasions have to live side by side? How do we safeguard freedom of religion and freedom of speech in this increasingly diverse society, where one person’s blasphemy is another’s deeply held belief?

European leaders have condemned the attacks in Paris and Copenhagen. That’s to be welcomed. But in reality the majority of these politicians have in recent years been hesitant and contradictory in their backing of free speech. They seem to be of the opinion that the more diverse a society becomes, the less freedom of expression it needs. Their approach creates a paradox: the more diverse a society in terms of culture, the more uniform it should be in terms of what can be said in public. Governments defend this approach by referring to the need to keep the peace.

I think the exact opposite. The more diverse a society, the more diversity of speech and opinions. And suppressing critical speech across cultural, religious and ideological divisions may actually undermine the social peace, because it reinforces identity politics and points to our differences instead of stressing our shared humanity.

Just a couple of years ago, the European Union, the Arab League and the Organisation of Islamic Cooperation (OIC) said in a joint statement: “While fully recognising freedom of expression, we believe in the importance of respecting all prophets.” I can understand the league and the OIC taking that position, but what excuse has a community of liberal democracies?

And it wasn’t the first time. In 2006, at the height of the Jyllands-Posten crisis, Javier Solana, then the EU’s coordinator of foreign policy, called the secretary general of the OIC and assured him that Europeans viewed the publication of Muhammad cartoons in Jyllands-Posten and other European media outlets with “resentment and disgust”. He then travelled to Saudi Arabia, one of the most oppressive countries when it comes to freedom of religion, and said that the EU would do its utmost to make sure such cartoons were not published in future.

This dubious approach to freedom of expression and the right to blasphemy raises a central question in the aftermath of Paris and Copenhagen. Where do European leaders really stand on the right to offend? For without that, there is no such thing as free speech. 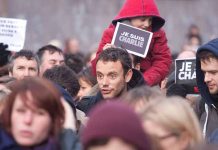 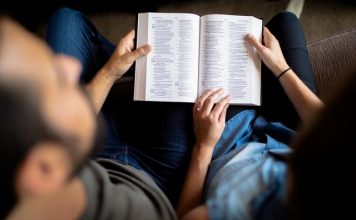