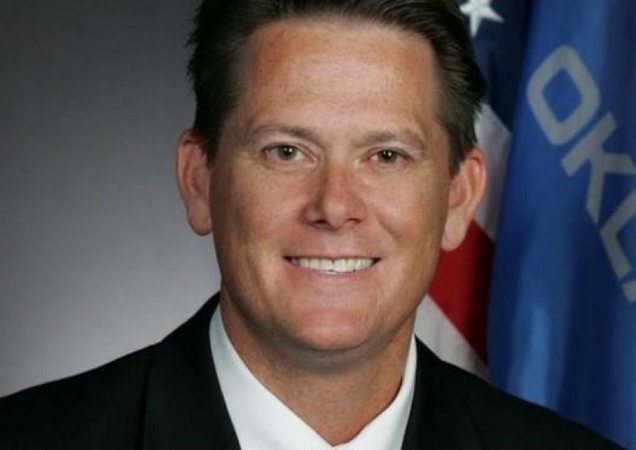 Women should get as far away from Oklahoma as soon as possible because Christian Sharia law is about to make their lives a living hell.

If Oklahoma state GOP Rep. George Faught has his way, rape will be on the path to being legal in the state. At least that’s what rapists are hoping for after Faught made a frightening statement on the subject during a debate on House Bill 1549, which restricts abortion.

Democratic Rep. Cory Williams masterfully cornered Faught during the hearing by asking him if he believes rape and incest are the “will of God” since the legislation has no exceptions for either, meaning women would be forced to give birth to their rapist’s baby.

Faught’s reply is absolutely appalling and demonstrates once again why women should never vote for Republicans, especially Republicans who want to base our laws on the Bible.

“Well, you know, if you read the Bible, there’s actually a couple circumstances where that happened,” Faught said. “The Lord uses all circumstances. I mean, you can go down that path, but it’s a reality unfortunately.”

Faught literally just used the Bible to justify rape. And then he used it to justify incest.

“Same answer,” Faught replied. Then he argued that Williams’ questions have nothing to do with the bill. Williams vehemently disagreed and explained why.

“You are proffering a divine intervention as the reason why you won’t do that and so I think it is very important,” Williams said before demanding Faught repeat his answer again. “This body wants to know — and myself personally — whether you believe rape and incest are actually the will of God.”

Faught obliged and stated that rape and incest are God’s will because God is sovereign over all activities that happen.

This is exactly the same kind of statement that Republicans like Rick Santorum and Richard Mourdock made during the 2012 Election.

“I believe and I think the right approach is to accept this horribly created — in the sense of rape — but nevertheless a gift in a very broken way, the gift of human life, and accept what God has given to you,” Santorum said during his run for the presidency. “As you know, we have to, in lots of different aspects of our life. We have horrible things happen. I can’t think of anything more horrible. But, nevertheless, we have to make the best out of a bad situation.”

“I’ve struggled with it myself for a long time, but I came to realize that life is that gift from God,” Mourdock said during his Senate run in Indiana. “And even when life begins in that horrible situation of rape, that it is something that God intended to happen.”

Both of these guys think that rape is sanctioned by God and that women should appreciate the “gift” God is giving them by force. It’s disgusting and is the reason why both men lost their races.

And now Faught should be ousted from office as well. 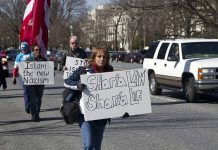