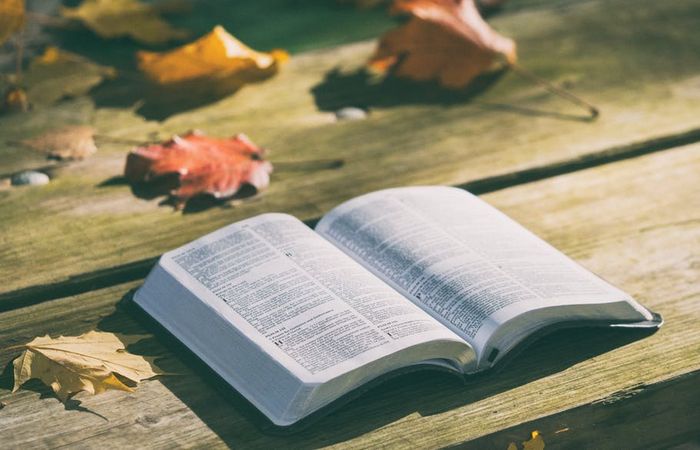 Excerpt from The Secular Outlook: In Defense of Moral and Political Secularism, by Paul Cliteur (Wiley-Blackwell, 2010). Reprinted with permission from the author.

The Deontological and Utilitarian Justifications for Free Speech

The justification for free speech is twofold: it takes an individual and a collective form.

The first (or individual) justification for free speech is that the human individual has an inalienable right to express his or her thoughts and feelings, even if others disagree. The free development of the human personality would be unduly frustrated if others could prescribe to me (or to you) what to think and what to say. If every expression that might cause offence could be suppressed by those who take offence, there would be hardly any room left to express our ideas at all. Put differently, there is a “human right to contradict,” but no “human right not to be contradicted.” There is a human right to criticize, not a human right not to be criticized.

Again, it was John Stuart Mill who gave us perhaps the most eloquent phrasing of this ideal. It is rooted in a conception of human nature, as we can gather from the third part of On Liberty. “Human nature is not a machine to be built after a model, and set to do exactly the work prescribed for it, but a tree, which requires to grow and develop itself on all sides, according to the tendency of the inward forces which make it a living thing.”[66]

The third part of On Liberty is one long panegyric on individuality and non-conformism. A person with individuality of character expresses his own nature. The great mass of mankind has no character of its own. Society should encourage the individual to form his (and her)[67] own character. Mill advocates “strong natures.”

In the early phases of human development individuality was always suppressed, Mill tells us. The individual was always subservient to the collective whole. This tendency was looming again in Mill’s own time. “Society has now fairly got the better of individuality.”[68] Mill feared “hostile and dreaded censorship.”[69]

Calvinism in particular teaches us the wrong virtues. The greatest sin, according to Calvin (1509–1564), is “self-will.” The complete opposite of the Calvinist mentality was “pagan self-assertion” as an ideal.[70] “There is a Greek ideal of self-development, which the Platonic and Christian ideal of self-government blends with, but does not supersede. It may be better to be a John Knox than an Alcibiades, but it is better to be a Pericles than either; nor would a Pericles, if we had one in these days, be without anything good which belonged to John Knox.”[71]

Genius can only flourish on fertile soil. “Genius can only breathe freely in an atmosphere of freedom. Persons of genius are, ex vi termini, more individual than any other people – less capable, consequently, of fitting themselves, without hurtful compression, into any of the small number of moulds which society provides in order to save its members the trouble of forming their own character.”[72]

All new ideas were, in a way, won over hurt feelings, offended personalities, shattered worldviews – all new ideas generated resistance and opposition. The idea that a person by the name of Jesus Christ was the Son of God was once a blasphemous idea. One author has remarked: “Muslims deny Jesus’ divinity, Jews deny Muslim and Christian revelation. If religions find each other’s beliefs blasphemous and blaspheme each other, how can a statute of blasphemy be framed that will protect all religions equally?”[73] A good point indeed. And besides that: cultural, scientific and social development would come to a complete standstill if we were to make those “hurt feelings” our guiding principle.

One of the problems with the discussion on free speech that has been conducted of late in many European countries is that too much stress is placed on the right to free speech. Consequently the idea took hold that those advocating free speech were motivated by some sort of narcissism, gratifying their own urge to hurt others’ feelings. This is unfortunate for there is not only a “right” to free speech and a “right” to criticize religions and worldviews but a certain “duty” as well. This is a duty based on the idea that we all have to make our contribution to the quest for truth and the furtherance of human culture.

That duty was underscored by an author who is now almost forgotten perhaps, but who has important things to say about such a topical subject as the moral and intellectual foundations of free speech. William Kingdon Clifford (1845–1879) was a great mathematician, philosopher, and polyhistor who died of tuberculosis when only 34 years of age.

Clifford on the Duty to Critique

Clifford’s contribution to the debate on free speech was an essay published under the title The Ethics of Belief (1877).[74] He unfolded an argument about free speech that, in my view, can best be presented as the duty to criticize. What were his views?

First: a belief is never something that is only relevant to the believer himself.[75] “No man’s belief is in any case a private matter which concerns himself alone,” Clifford writes.[76] Our lives are intimately connected with one another. What is believed by one, in particular when it concerns a deep conviction, has its bearings on the other. Clifford assures us: “Our words, our phrases, our forms and processes and modes of thought, are common property, fashioned and perfected from ages to ages.”[77] The totality of our ideas is a kind of heritage that is passed on from generation to generation, from age to age: “an heirloom which every succeeding generation inherits as a precious deposit and a sacred trust to be handed on to the next one, not unchanged but enlarged and purified, with some clear marks of its proper handiwork.”[78] Our own ideas and convictions are part of that heritage. So this is collective property. It is the property of mankind. “Belief, that sacred faculty which prompts the decisions of our will, and knits into harmonious working all the compacted energies or our being, is ours not for ourselves, but for humanity.”[79]

So far this could also have been written by Edmund Burke (1729–1797) or by Catholic authors[80] who underscore that ideas are intimately connected with each other. But then Clifford continues his line of reasoning in a completely different direction than Burke would have done or Catholic authors are accustomed to do. He emphasizes that, being the guardians of the collective heritage, we have the responsibility to develop it further – and that implies, to subject this heritage to criticism. Testing the collective heritage of mankind, analyzing it, criticizing it – that is our moral duty. It is an “awful privilege” and an “awful responsibility” that we all work together to build a world that we and posterity would like to live in.[81] Accepting this heritage simply on the basis of “belief” or “authority” is a grave abandonment of our duty to criticize. And then Clifford presents the phrase that, in slightly different formulations, reappears in his work time and again and for which he is still known.[82] What he rejects is: “to believe on insufficient evidence, or to nourish belief by suppressing doubt and avoiding investigation.”[83] In short: “It is wrong always, everywhere, and for anyone, to believe anything upon insufficient evidence.”[84] This puts a heavy burden on the shoulders of the individual. Clifford emphasizes that this duty to criticize has significance not only for our leaders. “It is not only the leader of men, statesman, philosopher, or poet, that owes this bounden duty to mankind.”[85] Everyone, including the pensioner sitting in his garden and enjoying the benefits of old age, “may help to kill or keep alive the fatal superstitions which clog the race.”[86] Every housewife can bequeath to her children a belief that either keeps society together or will tear society apart. Nobody can disown this responsibility to question the common beliefs of mankind. We have to guard ourselves against the uncritical forms of belief that are “as from a pestilence, which may shortly master our own body and then spread to the rest of the town.”[87] Every time we accept something on the basis of insufficient evidence we debilitate our self-control.

Suppose there is someone who, from his youth onwards, has believed something and simply goes on believing this as a matter of custom instead of on conscious reflection. He has not read books on the subject of his conviction. Views that contradict his ideas he has refused to take into consideration. People who consider the matter from a different angle he has avoided in order not to be forced to reconsider his opinions. What should we think of this man? Clifford answers: “The life of that man is one long sin against mankind.”[88]

It requires no elaborate argumentation to show that the attitude advocated by Clifford not only has relevance for the development of science, but also for the development of culture and of religion. Is not religion involved in the same process of development as science? In 1409 the Synod of Canterbury issued a ban on the English translation of the Bible.[89] In 1525 William Tyndale’s (1494–1536) translation of the New Testament was banned. In 1535 Tyndale was arrested on the orders of King Henry VIII and jailed in the castle of Vilvoorde outside Brussels. Afterwards he was tried for heresy and burned at the stake, together with his Bible.[90] Also, 1624 the Bible translation by Luther (1483–1546) was banned by the pope.

Interestingly for Ayatollah Khomeini, the Qur’an was also banned. In 1542 the Qur’an was confiscated by the Protestant authorities of Basel and the ban was only lifted after an intervention by Martin Luther.

Against the background of John Stuart Mill’s On Liberty and W.K. Clifford’s The Ethics of Belief these are all very unfortunate events. It is especially in the combination of Mill’s and Clifford’s perspective that we find an important legitimation for the freedom to think freely, criticize freely, and write freely.

[75] This is also to be found in John Stuart Mill, but in his case hidden in convoluted sentences such as the following: “On religion in particular the time appears to have come, when it is the duty of all who being qualified in point of knowledge, have on mature consideration satisfied themselves that the current opinions are not only false but hurtful to make their dissent known.” (Mill, John Stuart, Autobiography of John Stuart Mill. Published from the original manuscript in the Columbia University Library, with a preface by John Jacob Coss, Columbia University Press, New York 1924 (1873), p. 31).

Paul Cliteur is professor of Jurisprudence at Leiden University, the Netherlands. He was also professor of Philosophy at the Delft University, the Netherlands (1995-2002), and visiting professor of Philosophical Anthropology, Ghent University, Belgium (2014). Prof. Cliteur’s research is in the field of ethics, the philosophical foundations of the law, more in particular moral dilemmas around multicultural society, fundamental rights and the relationship between law and worldviews. He is the author of The Secular Outlook (Wiley-Blackwell, Chichester, 2010).

Paul Cliteur: Towards a Secular Europe