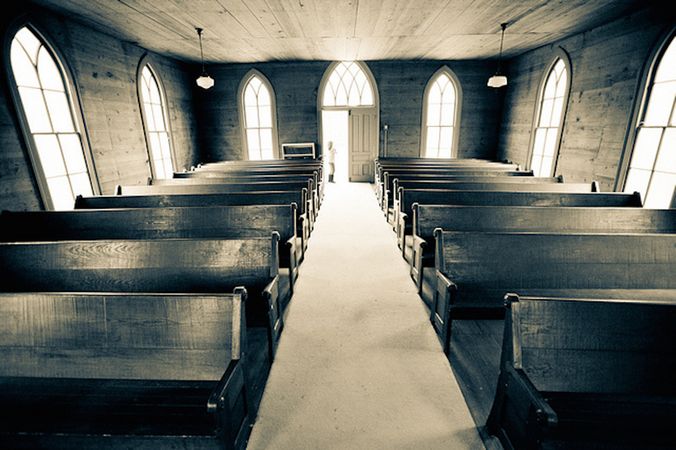 Some American cities are suffering a new problem: abandoned churches. The Philadelphia Inquirer reported that officials in the City of Brotherly Love can’t cope with once-stately temples that “decay into neighborhood eyesores.”

“There are now so many shuttered houses of worship — at least 300 estimated across the Philadelphia region — that anxiety over what to do with them has spread beyond religious circles and into City Hall and suburban town councils,” the newspaper said.

As young people drift away from religion, and aging members die off, vacant “tall steeple” edifices are like the bones of formerly mighty dinosaurs.

“In the Roman Catholic Archdiocese of Philadelphia, which has closed dozens of parishes in the past 20 years and nine this year, weekly Sunday Mass attendance is about 18 percent, a quarter of what it was two generations ago,” the Inquirer reported.

A few months earlier, the Detroit Free Press reported that the Motor City is experiencing the same phenomenon. “Historic, skyline-defining landmarks, cavernous works of Old World artisanship,” are sinking into oblivion, the paper said. One Michigan real estate dealer “has listings for more than 50 churches in metro Detroit alone.”

Every American city presents an impressive array of sacred architecture — citadels where generations prayed to invisible spirits — but the relentless rise of the new Secular Age threatens to turn many of them into derelicts.

Evidence of religion’s decline in America keeps snowballing, month after month. Some 2012 items:

— A nationwide Gallup survey found that one-third of people no longer participate. “Another 32 percent of Americans are nonreligious, based on their statement that religion is not an important part of their daily life and that they seldom or never attend religious services,” the poll summary said.

— The ten-year U.S. Religious Census published by the Association of Religion Data Archives listed 158 million Americans — half the population — as “unclaimed” by any church.

— A Pew Research Center poll found that 19 percent of Americans — nearly one-fifth of the population — select “none” as their religious preference.

What’s the correct tally of the churchless — one-third, half or one-fifth? Although surveys strive for accuracy, they can’t seem to reach precise agreement amid their varied approaches to questioning.

What’s abundantly clear, however, is that the ratio of American “nones” has soared, dramatically and rapidly, since the 1990s. Church attendance is down; money donations are down; supernatural beliefs are down. Perhaps 50 million U.S. adults now ignore organized religion. All data indicate that America is following Western Europe into the scientific-minded Secular Era. It’s another historic transition for civilization.

And lofty temples that once rang with piety are sinking into neglect.