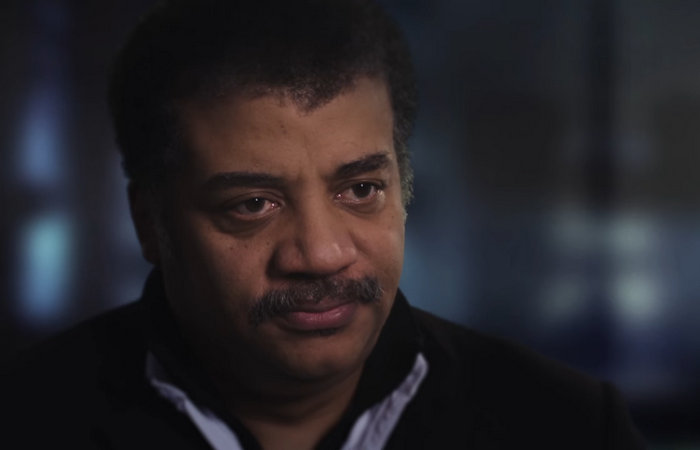 Neil deGrasse Tyson posted a four-minute clip on Facebook that he claimed contains what might be the most important words he has ever spoken. In the video, he warns that science denial could cause our democracy to collapse.

In a Facebook post on April 19, Neil deGrasse Tyson commanded the attention of his followers: “Dear Facebook Universe, I offer this four-minute video on ‘Science in America’ containing what may be the most important words I have ever spoken.”

He starts the clip by reminding us that the United States was an underdog, an upstart that achieved something amazing, transforming itself from a “backwoods country” into “one of the greatest nations the world has ever known,” thanks to science and an unwavering trust in its pursuit. That’s how we traveled to the Moon and got online, and it has always been a fundamental element of what America was — until now.

A disturbing trend has gripped our nation in the 21st century, a time when people need science and a rigorous method for testing truth more than ever: “People have lost the ability to judge what is true and what is not,” he said. “It’s not something to say ‘I choose not to believe E = mc^2.’ You don’t have that option.”

Tyson highlights issues that have somehow become highly controversial despite overwhelming scientific evidence that should stamp out any such dispute: human-caused climate change, evolution, and vaccinations, for example.

He then points out that some of the people who both understand science the least and deny it the most now hold the most power in our society, and he calls this catastrophically dangerous situation out: “That is a recipe for the complete dismantling of our informed democracy.”

Scientific literacy on the brink

Emergent scientific truths don’t care about your opinions; they are true regardless of your beliefs about them. “And the sooner you understand that, the faster we can get on with the political conversations about how to solve the problems that face us,” said Tyson in the video.

That is why scientific literacy is more important than ever in this age of lightning-speed innovation. Each moment of science denial only delays the potential solution. The end result is the same problems, worsened by neglect and ignorance. Tyson wants citizen-voters to understand how science works so we can make more informed decisions. As Tyson asserts, we are the only ones who can: “It’s in our hands.”