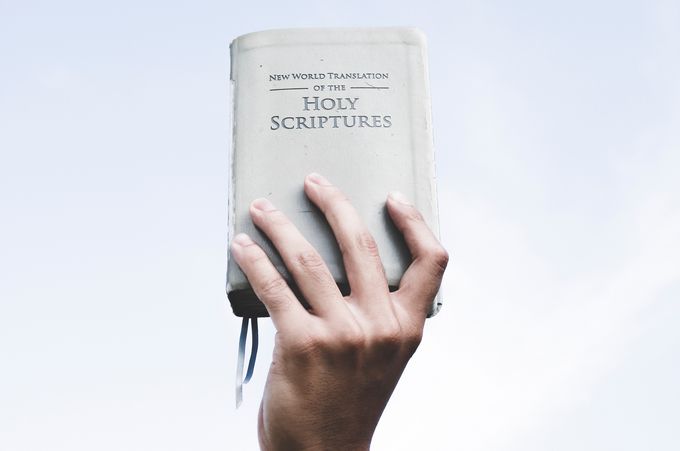 Excerpt from The Secular Outlook: In Defense of Moral and Political Secularism, by Paul Cliteur (Wiley-Blackwell, 2010). Reprinted with permission from the author.

From Chapter 4: Moral and Political Secularism

“Who Are You to Tell Believers What to Believe?”

Presenting a list of characteristics that define the identity of a religious creed is not popular nowadays. The common reaction is: “Who are you to tell the believers what they have to believe?”

The second mistake is that in presenting such a list we have the ambition to tell people what they should believe, while in fact the purpose is merely descriptive. What people believe in is entirely up to them. What I try to do in The Secular Outlook is to understand what they believe.

The ultimate goal of this process of trying to understand what people believe is to make fruitful communication possible. If we do not say what we understand by “Christianity,” “religion,” “belief,” “faith,” “theism,” and other terms used in this discourse we are likely to have useless conversations, attacking each other’s standpoints before we have specified our terms. “If you want to discuss with me, please define your terms” is a request attributed to Voltaire. He is right.[35]

So, whether the Pope is right (or the Apostles’ Creed is right) is not my business to judge. I only say that this is one specific example of an attempt to present the essence of the Christian creed.

Now there are many people who would claim that it is impossible to define the essence of a certain belief, since that is entirely up to the individual who claims to be part of this religious tradition. A clear tendency in this direction we find in the work of Karen Armstrong (1944– ). In her book The Case for God (2009) she writes: “Surely everybody knows what God is: the Supreme Being, a divine Personality, who created the world and everything in it. They look perplexed if you point out that it is inaccurate to call God the Supreme Being because God is not a being at all, and that we really don’t know what we mean when we say that he is ‘good’, ‘wise’ or ‘intelligent’.”[36] Apparently Armstrong is opposed to clear definitions of the words she uses so profusely in her books. That results in a situation where “God,” “religion,” “Christianity,” and other key concepts are used interchangeably. This is done with an air of superiority and those who ask for more precision are censored as narrow-minded (if not “fundamentalist”) and asking for the impossible. Armstrong claims that “the world is currently experiencing a religious revival,” but to ascertain whether this is true or not, we should be clear about what is being revived. Any attempt to represent God with a certain amount of clarity is rejected by Armstrong as “too limited an idea of God.”[37]

Now it is very possible that someone claiming to be a Christian might tell us that the idea of God as presented in the Apostles’ Creed no longer captures the essence of his belief. But the next question to that person is: “please, give us your description of what the position of a Christian encompasses.” In that case the person might answer: “That is impossible, this is a very private matter.”

But that is something we have to contradict. Although highly popular nowadays, the pretence that the essence of Christianity, Islam, or whatever other creed you may imagine, is entirely in the eye of the beholder seems to me to be false. You may dispute the criteria that some people use to demarcate Christianity from other creeds (for instance, Buddhism), but the claim that there are no criteria at all is highly dubious.

Perhaps we can make this clear by presenting an absurd example that is nevertheless enlightening. Suppose someone confides to you: “I do not believe there is a God. And certainly, he has no son. I detest the Bible. I never go to Church. But, of course, I consider myself to be a true Christian, because I think that we should do unto others as we would have others do unto us.”

What should we say to this “Christian”? I do not think we would be meddling in his personal affairs if we told him that he is stretching ordinary language much too far by claiming to be a “Christian.” He may retort that he takes the Golden Rule as his moral guideline and claim this to be a Christian idea. Isn’t this codified in Matthew 7:12? But apart from the question of whether the Golden Rule is a specifically Christian idea (it is not; the Golden Rule is found in almost all moral and religious traditions)[38] subscribing to it is certainly not sufficient to characterize someone as a “Christian.”[39] It is possible, of course, to contest the criteria of the Apostles’ Creed, but that does not mean that there are no criteria at all. Defining something as being of a Christian identity is not only important for Christians themselves but also for other people who want to understand what Christians believe. When Bertrand Russell wanted to explain why he was not a Christian, he first elaborated on the question “What is a Christian?” And subsequently he noted that in his days the word “Christian” was used in a loose way. Many people presented definitions of “Christian” and “Christianity” that would make every moral actor a “Christian.” That is not very fruitful, to put it mildly. He wrote: “I think that you must have a certain amount of definite beliefs before you have a right to call yourself a Christian.”[40] He presents three points. A “Christian” is someone (1) who believes in the existence of God, (2) in a life after death, (3) and in the special significance of Jesus Christ.[41]

One may discuss the relative importance of each of those criteria and also the relationship between them. The last, emphasis on the importance of Christ, seems the least controversial. The British philosopher Charlie Dunbar Broad (1887–1971) wrote: “The first and most important peculiarity of Christianity is that it is, to a unique degree, a doctrine about its own Founder.”[42] The other two criteria Russell mentioned might be more controversial. Can someone be considered a “Christian,” for example, who does not believe in the existence of God? Or can he be a “Christian” and not believe in life after death?[43]

The last element of the Christian heritage leaves some room for diverging views. Some believe in immediate life after death, others in the resurrection of the body at the end of time.

And what is the relationship between these criteria? Is there some logical connection between life after death and the existence of God?

The British Hegelian philosopher John McTaggart Ellis McTaggart (1866–1925) wrote an elegant book in 1906 in which he expounded his religious ideas. What was striking in McTaggart’s book was not only the usual philosophical rigor of his argumentation but also the combination of religious ideas he held to be compatible. McTaggart believed in immortality, but not in the existence of an all-powerful God.[44]

It is not necessary for the line of argument of The Secular Outlook to elaborate on these matters. The only thing I want to emphasize is that Russell was right when he contended that it is only meaningful to discuss the question of whether you are a “Christian” (or not) if it is possible to present some characteristics of the Christian creed. Again, we may agree or disagree with Russell about the question of whether his three criteria are the right choices, but it would be meaningless to defend the notion that there are no criteria at all.

If we could, together with Humpty Dumpty, let words mean what we choose them to mean, communication would be pointless. Yet many discussions, especially about sensitive issues – and religion is such an issue – are flawed because people are reluctant to provide us with clear definitions. Disputants asking for such definitions are dismissively qualified as “dogmatists” or “fundamentalists.” It is all a matter of interpretation, can’t you see? (Think about what has been said on the debate between Ramadan and Hirsi Ali in Chapter 2.) Philosopher Walter Sinnott-Armstrong discusses a contention, often made by postmodern authors, that religious language should be understood not as making truth-claims but merely as being expressions of hope (or fear). But such constructions of religion simply change the subject by “robbing all religious claims of all content.”[45] Once religion becomes “wishy-washy, you can’t refute it, but you also have no reason to believe it,” so Sinnott-Armstrong tells us.[46]

Now, from Christianity, as expounded by the Pope, let us go over to theism. This is a necessary preliminary to discussing the relationship between theism and moral autonomy.

[34] See for a historical account of the dogmas: von Harnack History of Dogma.

[35] The opposite is defended by William James. See: James, William, The Varieties of Religious Experience. A Study in Human Nature, ed. Martin E. Marty, Penguin Books, Harmondsworth 1982 (1902), p. 26: “The man who knows governments most completely is he who troubles himself least about a definition which shall give their essence.” But a little further James nonetheless presents something of a definition of religion: “the feelings, acts, and experiences of individual men in their solitude, so far as they apprehend themselves to stand in relation to whatever they may consider the divine.” Ibid., p. 31.

[38] See for examples of variations on the rule in other cultures: Lewis, C.S., The Abolition of Man. Or Reflections on Education with Special Reference to the Teaching of English in the Upper Forms of Schools, Harper, San Francisco 2001 (1944), p. 87. Metzger, Bruce M., & Coogan, Michael D., The Oxford Guide to Ideas and Issues of the Bible, Oxford University Press, Oxford 2001, p. 184 cites Rabbi Hillel (first century BCE): “What is hateful to you, do not do to your fellow creature. That is the whole law; the rest is commentary.”

Paul Cliteur is professor of Jurisprudence at Leiden University, the Netherlands. He was also professor of Philosophy at the Delft University, the Netherlands (1995-2002), and visiting professor of Philosophical Anthropology, Ghent University, Belgium (2014). Prof. Cliteur’s research is in the field of ethics, the philosophical foundations of the law, more in particular moral dilemmas around multicultural society, fundamental rights and the relationship between law and worldviews. He is the author of The Secular Outlook (Wiley-Blackwell, Chichester, 2010).

Paul Cliteur: Towards a Secular Europe

Why I Am Not a Christian by Bertrand Russell

Religion has to be subjected to criticism

The attempt to argue that the evil sides of religion are simply “not religious” is not convincing. Religion has to be subjected to criticism.

The Bible on Apostasy

Why Are “Moderates” so Reluctant to Criticize Religion?

How to Discover a Relationship between Religion and Violence

Faith and Ethics: The Story of Jephtha

What Judaism, Christendom, and Islam Have in Common: Theism

EXCERPTS FROM THE SECULAR OUTLOOK