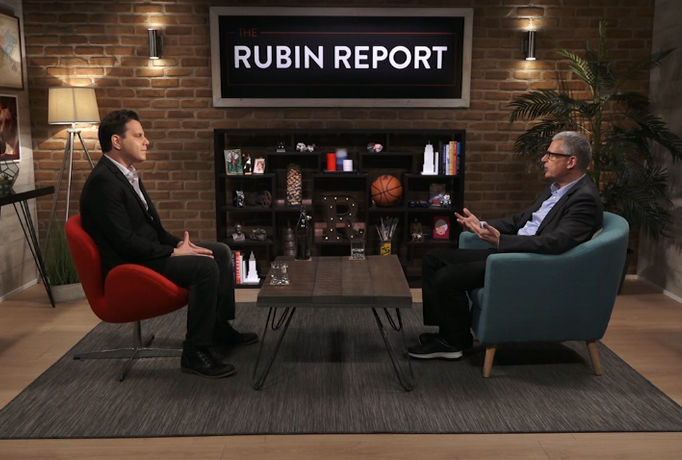 At a lunch last year celebrating his 25th anniversary with Jyllands-Posten, Kurt Westergaard told an anecdote. During World War II, Pablo Picasso met a German officer in southern France, and they got into a conversation. When the German officer figured out whom he was talking to he said:

“Oh, you are the one who created Guernica?” referring to the famous painting of the German bombing of a Basque town by that name in 1937.

Picasso paused for a second and replied, “No, it wasn’t me, it was you.”

For the past three months Mr. Westergaard and his wife have been on the run. Mr. Westergaard did the most famous of the 12 Muhammad cartoons published in Jyllands-Posten in September 2005 — the one depicting the prophet with a bomb in his turban. The cartoon was a satirical comment on the fact that some Muslims are committing terrorist acts in the name of Islam and the prophet. Tragically, Mr. Westergaard’s fate has proven the point of his cartoon: In the early hours of Tuesday morning Danish police arrested three men who allegedly had been plotting to kill him.

In the past few days 17 Danish newspapers have published Mr. Westergaard’s cartoon, which is as truthful as Picasso’s painting. My colleagues at Jyllands-Posten and I understand that the cartoon may be offensive to some people, but sometimes the truth can be very offensive. As George Orwell put it in the suppressed preface to “Animal Farm”: “If liberty means anything, it means the right to tell people what they do not want to hear.”

Sadly, the plot to kill Mr. Westergaard is not an isolated story, but part of a broader trend that risks undermining free speech in Europe and around the world. Consider the following recent events: In Oslo a gallery has censored three small watercolor paintings, showing the head of the prophet Muhammad on a dog’s body, by the Swedish artist Lars Vilks, who has been under police protection since the fall of 2007. In Holland the municipal museum in The Hague recently refused to show photos by the Iranian-born artist Sooreh Hera of gay men wearing the masks of the prophet Muhammad and his son Ali; Ms. Hera has received several death threats and is in hiding. In Belarus an editor has been sentenced to three years in a forced labor camp after republishing some of Jyllands-Posten’s Muhammad cartoons. In Egypt bloggers are in jail after having “insulted Islam.” In Afghanistan the 23-year-old Sayed Perwiz Kambakhsh has been sentenced to death because he distributed “blasphemous” material about the mistreatment of women in Islam. And in India the Bengal writer Taslima Nasreen is in a safe house after having been threatened by people who don’t like her books.

Every one of the above cases speaks to the same problem: a global battle for the right to free speech. The cases are different, and you can’t compare the legal systems in Egypt and Norway, but the justifications for censorship and self-censorship are similar in different parts of the world: Religious feelings and taboos need to be treated with a kind of sensibility and respect that other feelings and ideas cannot command.

This position boils down to a simple rule: If you respect my taboo, I’ll respect yours. That was the rule of the game during the Cold War until people like Vaclav Havel, Lech Walesa, Andrei Sakharov and other dissenting voices behind the Iron Curtain insisted on another rule: It is not cultures, religions or political systems that enjoy rights. Human beings enjoy rights, and certain principles like the ones embedded in the U.N. Declaration of Human Rights are universal.

Unfortunately, misplaced sensitivity is being used by tyrants and fanatics to justify murder and silence criticism. Right now the Organization of Islamic Countries is conducting a successful campaign at the United Nations to rewrite international human-rights standards to curtail the right to free speech. Last year the U.N. Human Rights Council adopted a resolution against “defamation of religion,” calling on governments around the world to clamp down on cartoonists, writers, journalists, artists and dissidents who dare to speak up.

In the West there is a lack of clarity on these issues. People suggest that Salman Rushdie, Theo van Gogh, Ayaan Hirsi Ali, Taslima Nasreen and Kurt Westergaard bear a certain amount of responsibility for their fate. They don’t understand that by doing so they tacitly endorse attacks on dissenting voices in parts of the world where no one can protect them.

We need a global movement to fight blasphemy and other insult laws, and the European Union should lead the way by removing them. Europe should make it clear that democracies will protect their citizens if they say something that triggers threats and intimidation.