This post by Tim McGettigan originally appeared in OpEdNews.

For those who govern through the strictures of faith, doubt is equivalent to disobedience. Not only does doubt connote a certain degree of disrespect for sacred beliefs, but doubt also weakens the organizational structures that are founded upon blind obedience to faith. In other words, doubt implies that deductive faith-based belief systems are somehow inadequate. As such, doubt also portends a skeptical, inductive quest for knowledge that lies outside the authorized realms of inquiry. By thinking outside the box, it becomes possible for doubters to generate novel observations that are not only distinct from, but that are often directly contradictory to established beliefs. As a result, free-thinkers tend to evoke antipathy among those who maintain a vested interest in the status quo. For example, Darwin’s ideas about evolution were so ground-breaking that, more than one hundred and fifty years after the publication of On the Origin of Species (1859), many people still refuse to accept Darwin’s basic precepts.

Charles Darwin is one of the most widely revered and enduringly controversial figures in the history of science. Both are exceptional feats for such a mild-mannered gentleman. Much of the controversy surrounding Darwin concerns the presumptive truthfulness of his evolutionary theory. Darwin’s theory was so radical that, at first, even leading members of the scientific community expressed doubts. For example, initially, Charles Lyell was only willing to accept evolution as an explanation for the transmutation of “lower animals,” but not for humans. Nevertheless, evolutionary theory gradually won over the scientific community. Scientists embraced evolutionary theory because, as a scholar, Darwin was rigorous to a fault. Throughout his career, Darwin made lengthy and exacting inductive observations and, only then, constructed theories that corresponded closely with the facts. On the other hand, Darwin’s creationist detractors have consistently encouraged “the faithful” to interrogate facts deductively through an artificially-narrow lens of Christian dogma.

The problem with deductive logic is that it tends to reinforce ignorance. Deductive reasoning tends to privilege evidence which supports one’s preferred dogma while discounting countervailing evidence. As such, deductive reasoning does not endeavor to explain so much as it demands faithfulness to a prescribed ideological cul-de-sac. For example, no matter how well evolution may explain the relevant scientific facts, from the creationist standpoint evolutionary theory appears wrongheaded—precisely because evolution puts facts before theory. All too often, facts tend to be judged, or deduced relative to one’s cherished beliefs. For example, if evangelical Christians believe that God created the universe in six days, then creationists of this stripe simply deduce that God also sculpted the Grand Canyon, complete with all of its fossil-laden stratigraphy, in naught but the blink of an eye. No matter how scientifically implausible such a conclusion may be, creationists are content to deductively shoehorn even the most damning evidence into the mind-numbing confines of their biblical cosmology. For creationists, deductively sustaining their ignorance is vastly more important than inductive intellectual honesty.

Ignorance-inspiring as biblical cosmology may be, in a free society people should be at liberty to embrace any cockamamie ideas that they wish if—and this is an enormously important proviso—and only if individual-level ignorance does not trespass on the rights and intellectual freedom of others. And it is for this reason that the Texas Board of Education should be subject to intense public censure and, as soon as possible, disbanded.

In a free society, one person’s rights end where another person’s begin. If fundamentalist Christians want to marinate in a stew of ideological ignorance, then more power to them. However, Texas evangelicals should not be permitted to foist their stultifying biblical folklore on kids who have a right to a decent education. Deductive religious ignorance produced 1,000+ years of intellectual darkness in Europe. It required a revolutionary new age of secular scientific inquiry to put those dark days behind. Apparently, the religious zealots on the Texas Board of Education would like to return to the good old dark days, but I think we owe it to ourselves, our kids and our future to do better. If we want to create a better, brighter future, then we need to put religious ignorance in its place once and for all. If religious zealots insist upon making schools a battleground in the culture wars, then the rational scientific community needs to mount a major counteroffensive to scour the schools of every form of religious ignorance: No prayers, no songs, no celebrations, no anything that in any way promotes religious ignorance at the expense of a scientifically-enlightened educational environment.

If the Bible encourages its followers to believe that dinosaurs accompanied the preposterous menagerie on Noah’s ark, then I think we can safely conclude that the bible is not a tool of enlightenment, rather, it is an instrument of intellectual stultification. In an information society, we simply cannot allow the schools to become indoctrination centers for religious gibberish. If Christians in Texas want to believe that T-Rex was Noah’s bunkmate, then they are welcome to embrace that fantasy. However, such delusions should not be permitted to corrupt the science curriculum in the public schools. Schools need to equip kids with the intellectual tools to become committed critical independent thinkers. As such, the Bible is only useful to rational, critical thinkers to the extent that it teaches students how NOT to think.

Evolution may never win a national popularity contest, but it will persevere by doing precisely what it does best: dissipating unscientific ignorance by helping new generations of truth-seekers to find better, more convincing ways to explain life, the universe, and everything through a scientific lens. If that rubs Creationists the wrong way, then so be it.

May the fittest paradigm survive.

Tim McGettigan is a professor of sociology whose written work, both fiction and non-fiction, often explores the dynamic boundary that lies between fantasy and reality. 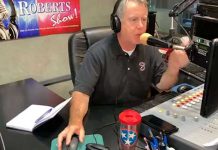