The quest for a meaningful life comes naturally to us. As infants we delight in exploring the world and developing our powers — hearing and seeing and tasting, crawling, eye-hand coordination, vocalizing, and social interaction with parents, siblings, and family pets.

As children our lives becomes more complicated, yet we continue to grow in the strength of our reason and we develop emotional resiliency and more powerful bodies to meet the challenges.

This natural process continues into adulthood until we are capable of embracing the adventure of life fully — with commitments to meaningful careers, romantic loves, becoming parents ourselves, experiencing the profundities of art and philosophy, traveling to exotic places, including to magnificent past cultures by means of history and to the vast reaches of the universe by means of science.

But along the way, bad things can happen to sabotage us.

One bad thing is existential — the experience of major failure in one or more of life’s major values — crushing hurts in romance, the death of loved ones, careers that crash, social humiliations, the pain of disease. These can overwhelm our felt sense that life has meaning.

The other is intellectual — the acquisition of beliefs that undercut one’s understanding of natural life as fulfilling in its own right — that is, cognitive errors that explicitly attack natural life or that do so implicitly by setting one up for frustrations and failures.

The point can be applied to the many varieties of religion. Some are more life-affirming and are devised to provide an intellectual and ritual support system for the good life on Earth. Others focus more on renunciation and sacrifice of this life, which their belief systems are designed to rationalize and motivate. And yet others emphasize an afterlife as the location of life’s true purpose.

Our focus now is on the third type: Is meaning to be found in this life on its own terms — or in a state of existence beyond?

My view is that belief in an afterlife actually serves worldly purposes, those purposes being to motivate a certain kind of moral code or to help one deal with the reality of one’s mortality.

My debate colleague John Wright’s version of Catholicism seems to be driven by a particular moral agenda — for example when he says, “Only if life after death is real is the sacrifice of one’s life, or even of one’s time, rational.”

C. S. Lewis’s version of Protestantism offers a variation upon this theme: “I find in practice that when you are in trouble, the moment you regard it as ‘punishment,’ it becomes easier to bear. If you think of this world as a place intended simply for our happiness, you find it quite intolerable: think of it as a place of training and correction and it’s not so bad” (God in the Dock).

Note the key moral concepts in play: sacrifice, punishment, correction. Life is not to be about happiness — but there is no natural reason why one would reject happiness and embrace sacrifice and punishment. So a belief in a supernatural life is necessary to motivate moral code that wants sacrifices and punishments in the natural world. 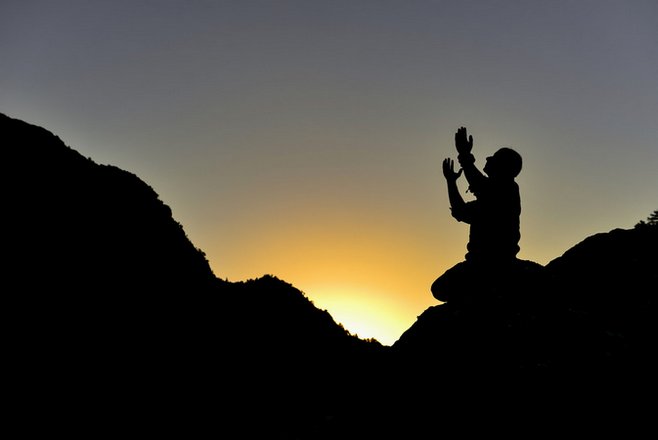 The other major naturalistic concern is of course about death. How does one process the sobering knowledge that some day one will die? A belief in an afterlife can then be motivated, although typically in two very different forms:

Socrates, Epicurus, and others have argued that death is nothing to fear because if death is final, then you are not there to suffer or even be aware of your death. True enough.

But even so, our concerns about death are often about now rather than later. What we all grapple with is the realization now that we will someday be dead and what that implies for our current values.

For example: I love my children, and how do I now live with knowing I will leave them? Or: I am passionate about music and art, so how do I now accept that such awesomeness will end for me? Or: I realize I cannot do-over or repair the past events of my life, so how do I now come to terms with my disappointments or despair?

Positing an afterlife, however, is usually a non-answer to all of the above questions. To see this, suppose we ask: What is supposed to make the afterlife so great? What does one actually enjoy?

Some religions speak of acquiring wings and harps and floating on clouds, but — as Mark Twain pointed out — how much harp music does one actually want to listen to? We also know what happens to the physical body upon death — decomposition — and one cannot listen to music without ears and a brain.

Other religions promise 72 virgins — but again it’s hard to imagine how one would enjoy them when one no longer has the appropriate equipment.

Yet other religions promise immortality to people who have a hard time thinking of something worthwhile to do on the weekend. One point of Albert Camus’s meditation on the myth of Sisyphus — who was condemned to push a boulder up a hill repeatedly for all eternity — is to push us past vaguely wishing for immortality.

The point is: positing an afterlife in which human valuing somehow continues is often a way of giving an answer that actually avoids answering the question.

But, by contrast, the natural world is actually real, and in it great love, passion, beauty, adventure, and accomplishment are both genuine and possible. So: how can we find meaningfulness in a finite, natural life?

It first takes an honesty to face the world as it is. We are human beings with a human being’s needs and capacities, and we can choose to commit to the achievement of genuine values, both individually and socially.

It also takes effort. Failure is always a possibility. And, yes, it will come to an end. But the fact that life’s experiences come to an end does not diminish their value. A sunset may last only minutes. Making love may be for an hour. Celebrating your child’s birthday is only for a day. Those are all still real and meaningful.

And so on for all of the rest that can add up to a life fully lived, for however many decades it lasts — including, as you reach the end of your time, the self-reflective satisfaction with what you have accomplished and the knowledge that in some form your life will enable others to achieve meaning in their own.

Mortality means only that you need to live now and not push living off into an ambiguous future out of laziness, cowardice, or indecisiveness.

A life filled with creative work, family, friends, art, literature, science, exploration — and an occasional glass of wine while you reflect upon the wonder of it all. For a human being, what could be better than that?

Stephen Fry: The Importance of Unbelief

Hitchens: the purpose of life (!)

Will COVID-19 Save Our Democracy?