As we enter the third round of our debate series, our first major point of disagreement about religion has been identified – about the nature and legitimacy of faith.

My view is that faith is a type of subjectivism – a willing of oneself to believe something that goes beyond or conflicts with the evidence. Instead, I argue that one should always believe objectively – that is, according to one’s best rational judgment of the evidence.

Mr. Wright protests that this badly misstates his view and ascribes a variety of unsavory motives to the misinterpretation (apparently disagreements with him can only come from the “timid,” the “arrogant,” and the “foolish”).

In clarifying his position he says, first: “Reason can lead one step by step to Monotheism, but it cannot lead one all the way to Christ” (emphasis added). I agree partially – faith begins with a recognition that there is a gap between what reason might suggest and what a religious person comes to believe.

Mr. Wright then says, second: “But such proofs are worthwhile, as they can predispose one to be accepting of faith.” Again, I agree partially: arguing for the existence of God plays at best a supporting role, and faith is accepting a set of beliefs beyond what reasoning supports.

In his latest piece, Mr. Wright emphasizes one further factor – the grace of God. As he says, third: “God willed both to reveal himself to man, and to give him the grace of being able to welcome this revelation in faith.”

So what we have in Mr. Wright’s version of faith are three factors: (1) Some reasoning that partially supports belief and “predisposes” one for more, (2) an “accepting” of the rest of the belief-package, and (3) assistance from God in the form of “grace” given to the believer. In other words, reasoning takes one part of the way to where one wants to be, a leap of faith closes the gap, and God seals the deal, so to speak, with a dispensation of grace.

That takes us immediately to the next essential topic. Mr. Wright and I disagree about the second factor – whether the leap of faith is legitimate. The third factor – the claim of divine grace – cannot be utilized in support of religious belief until one first shows that there actually exists a God who dispenses grace. So much hangs upon the first factor – determining how much the arguments for the existence of God prove.

Let me start with two initial points. One is a journalistic point about the big brains in the history of philosophy and theology and their assessment of the traditional proofs of God’s existence. The great (and perhaps the greatest ever) era of debate over the proofs was in the 1700s and early 1800s. Three famous names stand out: David Hume, Immanuel Kant, and Søren Kierkegaard. They stand out not only for their influence, but also because they represent a wide range of opinion about religion: Kierkegaard was a strong theist; Hume was a strong atheist; and Kant tried to work out a middle ground. But all three agreed on one crucial conclusion: all of the arguments for the existence of God are failures.

Further journalism: that negative judgment has been the view of the majority of professional philosophers in the two centuries since, including the philosophers in our own generation, myself included. But absolutely do not take my word or their word about the weakness of the proofs. Every thinking person should spend time with the arguments and assess their worth independently.

This leads to the second initial point, about methodology. In the context of the long history of debate over the proofs, Mr. Wright may have some new point or some way of presenting the arguments that highlights their overlooked power. But what I see instead is that Mr. Wright has chosen the hunting-with-a-shotgun strategy – that is, to fire the shotgun into the air and hope that one of the rapidly scattering pellets hits something. In his article, I count approximately eighteen possible arguments mentioned in passing – but none of them is actually developed or defended against the thoughtful objections that can be raised.

Mr. Wright’s strategy is, first, to list a series of features of the natural world: time, causation, beauty, morality, logic, ghost stories, brotherhood, and so on. His second step is to raise a hypothetical question: If there is no God, how can we possibly explain time, causation, beauty, and so on? There is no third step in Mr. Wright’s analysis – with the possible exception of the assumption that it’s obvious that only religion can answer those questions.

Those are all fair questions to raise – but raising them is where the arguments begin, not where they end. The naturalist arguments must be presented at this point and refuted. The religious arguments must to be presented and defended against objections. Unfortunately, Mr. Wright leaves us only with a series of assertions and rhetorical questions. Throwing out a bunch of weak (or at least undeveloped) arguments and hoping that something sticks – that’s not a serious strategy. A serious intellectual will pick the one or two most compelling arguments, develop them, and respond to the standard intelligent criticisms. 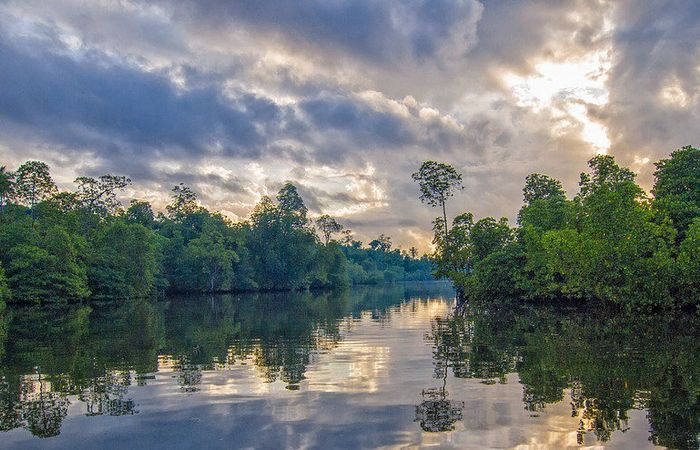 So let us now take that next step by looking more closely at the most important argument ever for the existence of God. The Design Argument is the most appealed-to argument for the existence of God ever, and its strengths and weaknesses are representative of the other arguments. (We will return to some of the other arguments – e.g., about history, morality, and the meaning of life – in forthcoming articles in this series.)

The core idea of the Design Argument is that in order to explain the cause-and-effect order of the natural world, we must appeal to a divine Designer. The complexity of reality cannot be the product of random chance, so there must be a powerful intelligence behind it all that brought order into existence and keeps the operation of the universe on track.

Mr. Wright includes this argument in his list: “I myself am a man who had a direct and divine experience of God. How do I explain me, if there is no God?” He is echoing St. Augustine from 1,600 years ago: “Where could a living creature like this have come from, if not from you, Lord? Are any of us skillful enough to fashion ourselves?” (Confessions, 6:10).

Here is a version of the argument in step-by-step development:

Anyone can see why the argument has some logical force and must be taken seriously. At the same time, it is properly judged to be weak due to the following objections (and others).

About step 2: Here the entire evolution-versus-creationism argument must be engaged. Evolutionary accounts claim that complex orderly systems can evolve bottom-up from simpler systems. If so, then assuming that complex order can only occur from external and top-down sources is illegitimate.

About step 3: This step infers that only one external order exists. But it could be that there is any number of orderers, each with its own specialty. That is to say, the argument makes polytheism as reasonable as monotheism.

About step 4: With this step we cannot show that the orderer is infinitely intelligent or powerful. In fact, we might look at the world with all of its “mistakes” and “inconsistencies” – useless organs like the human appendix, or the floods that wash away carefully planted fields, etc. – and infer that a semi-competent god or a number of warring gods are behind it all.

About step 5: This step assumes that the orderer still exists. But it could be that the orderer had one great metaphysical reason for being – to create order in the universe – and having fulfilled its purpose went away or faded into non-existence.

About step 6: Here we have to be careful not to import all of the baggage that goes with the “God” label. Giving it an upper-case G is to give it a proper name and assume it has a personality, while the argument at most supports an impersonal ordering force. The argument also does not show that the orderer is good or bad, involved in our day-to-day affairs, or even cares about us particularly.

About step 7: If we grant for the sake of argument that God exists follows, then we can raise the following question about God: Is he a complexly orderly being? Either he is or he isn’t, and in either case we are caught in a dilemma. If we say that God is a simple and/or disorderly being, then it seems hard to see how such a being could create a complex, orderly universe. But if we say that God is a complexly-ordered being, then we must remember step 2 of the argument which says that complex order cannot emerge from beings themselves. So following the logic of the Design Argument, we’d have to infer that God’s complex order was imposed upon him by a Super-God that was even more intelligent and powerful. And that a Super-Duper-God made possible the Super-God, and so on into an absurd regress.

Of course, we might try to avoid the regress by saying, “God does not need an external power to impose order upon him. He is an exceptional being and is self-ordering.” But if we are going to start making exceptions, then why not make one right at the beginning and assume that the universe is self-ordering?

All of the above is only a beginning to some deep investigation about causality, and it is only to look more closely at one argument among many that must be considered.

In my judgment, the Design Argument is the best of a bad lot of arguments that attempt to prove the existence of God. Even so, showing that the arguments for the existence of God are weak does not mean that the naturalist accounts of causality, time, human nature, and morality are automatically true. Those are ongoing projects in the natural sciences and humanities as we human beings attempt to grow out of our intellectual infancy.

So in the next articles in the series, we will continue with more hard questions about religion versus naturalism in ethics, politics, and the march of history.

This article is part of EveryJoe’s series – Theist vs Atheist, where two of our columnists, John C. Wright and Stephen Hicks, are debating key issues in religion.

Christopher Hitchens vs. God (god loses by the way)