This question came up again at a recent debate on the merits of advanced AI.

Here’s a list of some of the most common reasons, plus an analysis of why there seems to be so little progress in AGI development:

Why are so few researchers pursuing AGI?

Many researchers believe: Human-level AGI is not possible because…

Others have fundamental problems with ‘general intelligence’…

A very common objection is that the time is not ripe…

Most researchers believe that ‘nobody knows how to build AGI’ because…

Don’t think that AGI is all that important because…

Quite a few people think that AGI is highly undesirable because…

Finally, there are those would love to work on AGI, but…

All of the above combine to create a dynamic where AGI is not fashionable, further reducing the number of people drawn into it!

Why is there so little progress in (workable) AGI models and systems?

See above: Why are so few researchers pursuing Real AI?

The field is dramatically underfunded

Most theories of general intelligence, and approaches to AGI, are quite poor:

Of course, the (perceived) lack of progress feeds the lack of interest and people working in the field… a non-virtuous cycle. 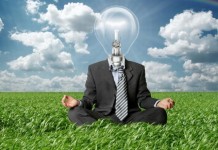