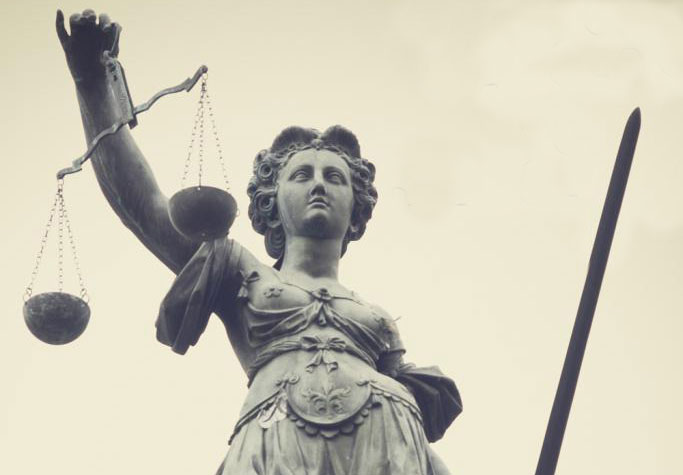 Even if women wear themselves out or die from childbearing—no harm done. Let them die from bearing. This is the purpose for which they exist.[1]
—Martin Luther

Christianity was born among the Iron Age cultures of the Ancient Near East, and for almost two thousand years it has carried forward parts of the worldview from that time and place. These ancient ideas so infuse our culture that we don’t even notice them. Like the air we breathe, or the water that flows through pipes into our homes, or the soil under our garden, they are simply background for the complicated and ever-changing tapestry of modern life.

Intellectually we know that air or water or soil can be contaminated and that this affects whether we thrive or become sick and stunted. But unless something goes dreadfully wrong, we usually are so busy with day-to-day life that we don’t stop to analyze these background factors. The same can be said of certain ideas from the past that shape how we think about ourselves and each other.

One of the most fundamental—and I believe fundamentally toxic—Iron Age ideas that permeates the Bible is this: Powerful beings, including powerful people, have the right to own others and use them for their own purposes, with or without consent. In fact, God made some kinds of people, along with nonhuman animals, to be owned and used by others.

Gender roles in the Bible are built on top of this foundation. In most of the Bible’s texts, women are literally possessions of men, as are livestock, children, and slaves. The legal term chattel refers to moveable personal property, economic assets that are not real estate. It has the same root as the word cattle. In the Iron Age world of the Bible writers, women were chattel.

This is a strong statement, and I will return to back it up with evidence, chapter and verse. But as the phrase livestock, children, and slaves suggests, male-female relationships are just one small part of a broader picture. You cannot understand the scripts for women and men in the Bible and derivative texts or Christian-dominated cultures without understanding how deeply and broadly the Bible endorses the idea that some humans have a God-given right to own others. This includes the right to their bodies and the fruit of their labor; the right to make demands and force compliance; the right to punish resistance, inflict pain, and even, under the proper circumstances, to kill.

The book of Genesis contains two creation stories. In the second of these, Yahweh makes the first man A’dam out of mud. He presents the newly created human with a parade of other animals as possible companions, but A’dam rejects them all. So Yahweh then forms woman from the mud-man’s rib and gives her to him, with no consent on her part needed. Nor, by the way, do any of those other animals have the option to reject A’dam as a suitable companion.

Throughout the Hebrew and Christian Bibles, God does what he wants to the creatures he has created: blessing, deceiving, selectively favoring, infecting, healing, rescuing, pitting one against another, burning or drowning en masse…you name it. They belong to him, so normal moral constraints don’t apply. The fact that they have minds and preferences of their own—the fact that they can feel pain or love or can yearn for life—doesn’t really matter in the moral calculus. They are his; he can do what he wants.

With some limits, this divine entitlement, meaning the right to be above normal morality and do as you please to lesser or weaker beings, trickles down: God exercises dominion over humankind. He gives male humans, who have been made in God’s image, dominion over women and other animals. He gives certain special men, the patriarchs, dominion over other men, especially their own clans and their neighbors. This includes their neighbors’ possessions, including land and livestock and, again, women. All of this is based not on merit but on birthrights.

Later, he gives Hebrew warlords (all male, of course) dominion over tribes and groups of tribes and eventually small kingdoms. In time, European royalty will cite the Bible to shore up their God-given right to hereditary power, conquest, and colonialism. Powerful men will cite the Bible to justify both slavery and the virtual enslavement of women. Bible-based misogyny isn’t just old history.

Christians disagree about how much the Old Testament—and even the whole Bible—should dictate how we live today. Some today see the Bible as an imperfect record of imperfect humanity’s struggle to understand God and goodness. They say that we have a moral responsibility to sift through it, keeping nuggets of timeless wisdom and discarding the rest. Biblical literalists disagree and insist that the whole package, if properly understood, is literally perfect.

Battles about the Old Testament emerged even before the Gospels were written. Two early sects, Marcionites and Gnostics, saw the Old Testament god as an evil tyrant, a different being from the god of Jesus. By contrast, the author of Matthew, who wrote for a Jewish audience, put these words in the mouth of Jesus: “For truly I tell you, until heaven and earth pass away, not one letter, not one stroke of a letter, will pass from the law until all is accomplished” (Matthew 5:18). The Church of Rome would later side with the author of Matthew—and, as the saying goes, that has made all the difference. Through the Hebrew texts that became the Roman Catholic Old Testament, the Iron Age concept of chattel got spread throughout Christendom and beyond. We see this throughout our history and Western culture, including in the following scenarios:

A story in which God, identified as a father, gives his son as a sacrificial “lamb without blemish” makes perfect sense within a cultural context in which fathers have the right to swap, sell, or sacrifice their children; where the consent of the father rather than the child is what matters; and where the father is the one who is perceived as taking the loss.

Of course, the Iron Age idea that one person can own another has changed over time, moderated by centuries of cultural and moral evolution. One can see this evolution even within the Bible itself when the texts are arranged chronologically. Today in the twenty-first century, in the post-Enlightenment West, people largely accept, at least in the abstract, that all men are created equal and endowed by their creator with an unalienable right to life, liberty, and the pursuit of happiness. But the concept of dominance over others has not disappeared.

On the frontiers of moral consciousness, where the arc bends toward justice, we are wrestling with questions about the equality and autonomy of people who are queer and gender queer. Fiction writers and ethicists boldly go where no man has gone before: exploring the moral standing or personhood of nonhuman species, aliens, and artificial intelligences.

And yet, as ongoing battles about racial equity and reproductive freedom show, we continue to struggle over who merits inclusion in the ideals of equality, liberty, and community that so many hold dear. “Love is love is love,” say some, including some Christians. But others aren’t so sure.

We struggle as a society, at least in part, because hundreds of millions of people believe that God put powerful men at the top and gave them the right to own others, literally or figuratively or both. If this seems like overstatement, let’s let the Bible and the church fathers speak for themselves. I want to start at the root—to show how clearly the Bible says that some humans can own others, and then I will move on to show how the biblical view of women fits this frame.

Valerie Tarico is a psychologist and writer in Seattle, Washington.

Check out this Mindshift podcast interview with Valerie Wade, one of the authors of my new book: Women v. Religion – The Case against Faith and for Freedom about black women and Christianity.https://t.co/LY8ToNuwGJ pic.twitter.com/szasNVVS4k

Karen Garst From Goddess to God

A Dozen Ways A Smaller Population Is Better