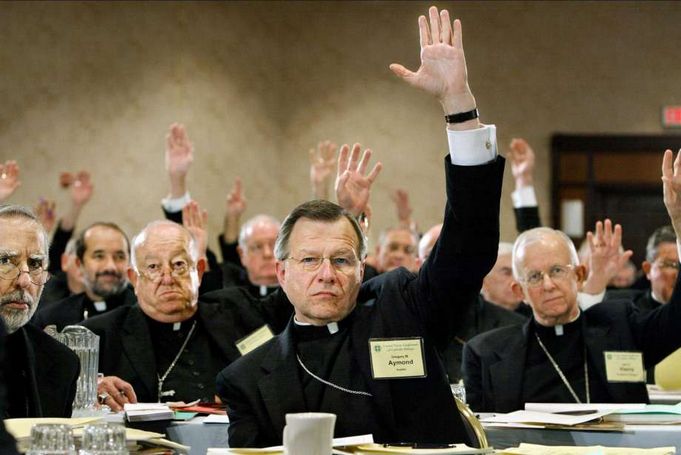 Well, that Kavanaugh hearing was a real treat. Watching Kavanaugh face legitimate questioning was like watching a toddler throwing a hissey fit on the candy isle, but for most women, the past week of enduring the Kavanaugh hearings brought up many very bad memories and created hurt, anger, and fear for females everywhere and for good reason.

As we were forced to visualize the fetid swamp of Kavanaugh’s life and to suffer the outrageous spectacle of the Republican senators spitting venom at women and Democrats for resisting their dog and pony show of a nomination, we learned just how how little crimes against women matters in the conservative scheme of things. Apparently, asking for accountability of a white powerful male is the real tragedy here. And this from the party which is all about personal responsibility.

Kavanaugh came by his sense of entitlement through his connection with the hierarchy of the Catholic Church, which for decades has sought out candidates like Kavanaugh to stack the judicial system and especially the Supreme Court with conservatives who will force their agenda into the legal system. This plot, if it succeeds, will destroy the legitimacy of the Supreme Court; it will, in effect, make law. The Jesuits who taught and guided Kavanaugh through this process have since withdrawn their support for his candidacy, but the Church’s meddling is far from over.

According to Amnesty International, the US Conference of Catholic Bishops intend to ban all abortion and birth control. It is infuriating that these are the same men who have for decades avoided punishment or even a waning of their power for their sex-abuse scandals and that they continue to manipulate world politics. Catholics from around the world have signed a statement that all these same men should resign, but … crickets.

Of course five conservative justices would also harm workers’ rights, consumers’ rights, civil rights, and immigrants’ rights and destroy the balance of power among the three branches of government in addition to crowning themselves kings of the US. Oh yes, they could also protect Republicans like Trump from criminal prosecution; in an analysis of the worse-case result of such a ban, Amnesty International discovered twelve facts (not all included here) in their study of the El Salvador abortion ban; their findings are stark.

According to a report in Salon, this same group of bishops masterminded the Hobby Lobby lawsuit to keep women from accessing birth control. These trends portend a very bad future for American women if even one more conservative judge is forced on us. Currently, Roberts, Alito, and Thomas are conservative Catholics and Gorsuch is a conservative Episcopalian.

The term Christian Conservative is an oxymoron because Christianity is liberal. In fact the history of conservative Catholics and Protestants bringing countries to war is anything but Christian. The Catholic Church should have lost all credibility after their Twelfth-Century inquisition of the Cathars or the Fifteenth-Century Spanish Inquisition and torture or the “Holy Wars” which were no more than King Richard (who needed money to fund his many wars) and a gang of privileged young thugs raiding the Middle East for fun and profit; then there were the the witch hangings, drownings, or burnings of later centuries. For conservatives, killing in war, torture, executions of criminals, sexual assaults on women and children are acceptable, but God will damn us to hell for the loss of a zygote. Conservatism is the anti-Christ.

Pope Francis: Abortion is like going to a hitman to solve a problem

How Kavanaugh will change the Supreme Court