By Johnjoe McFadden | 2 February 2016
The Guardian 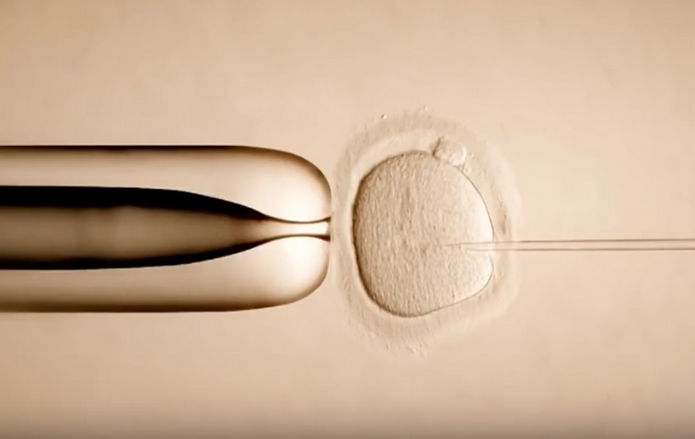 The announcement that scientists are to be allowed to edit the DNA of human embryos will no doubt provoke an avalanche of warnings from opponents of genetic modification (GM) technology, who will warn that we are “playing God” with our genes.

The opponents are right. We are indeed playing God with our genes. But it is a good thing because God, nature or whatever we want to call the agencies that have made us, often get it wrong and it’s up to us to correct those mistakes.

Sadly, of the half a million or so babies that will be born in the UK this year, about 4% will carry a genetic or major birth defect that could result in an early death, or a debilitating disease that will cause misery for the child and their family. This research will eventually lead to technologies that could edit DNA in the same way that we can edit text – to correct the mistakes before the child’s development goes to its final draft. Its successful implementation could reduce, and eventually eliminate, the birth of babies with severe genetic diseases.

But surely our DNA cannot be compared to the patterns of printer ink on page? Our DNA is considered to be so special that the phrase “it’s in his/her DNA” is said with the same sense of fatalism that our ancestors would have spoken of their fate or their soul. Anti-GM activists, many of whom are devout atheists, often insist that our DNA is somehow special, something donated to us by an all-powerful, wise and benevolent nature, which has taken God’s place as our creator. But nature is just blind chance – mutation – combined with the survival of the fittest. There’s no grand plan and no reason why nature shouldn’t, like the rest of us, occasionally make terrible mistakes. When those errors could lead to terrible human suffering, it is our duty to try to correct them.

Our DNA is just a chemical. Schoolchildren isolate it from cells in the class laboratory and it can be spooled out on a glass rod looking like slimy cotton wool. When dried, it looks like fibrous paper. You can eat it or burn it and it will return to those simple atoms and molecules from which it is made. There is no special magical ingredient between the atoms, no soul, just atoms and space. DNA is the most amazing chemical in the known universe, but it’s just a chemical – made of the same atoms of carbon, hydrogen, oxygen and nitrogen you can find in the air. It is no more spiritual than your fingernails or hair. And we don’t mind clipping those when we need to.

Gene editing of human embryos to eliminate disease should be considered to be ethically the same as using laser surgery to correct eye defects, or a surgeon operating on a baby to repair a congenital heart defect. DNA is just another bit of our body that might go wrong.

Yet gene editing could provide revolutionary benefits to our children. A team based at Great Ormond Street Hospital for Children in London recently used gene editing to treat a one-year-old girl with leukaemia, who is now in remission. More technology is in the pipeline. A team based at Perelman School of Medicine at the University of Pennsylvania reported in this week’s Nature Biotechnology that they were able to correct a genetic liver disease in newborn mice. Taking this technology into human embryos could correct devastating genetic diseases in the womb.

But isn’t this a slippery slope to designer babies genetically engineered to be healthier, cleverer or more beautiful than they would otherwise be? Wouldn’t it provide a technology that would only be available to the super-wealthy, potentially creating the kind of divided society that HG Wells envisaged in his futuristic novel, The Time Machine? Perhaps. But let’s worry about the future in the future.

In the present, if those of us with mostly healthy children are worried about the ethics of gene editing, then we should ask the parents of children born with haemophilia, cystic fibrosis or muscular dystrophy whether they would have used this kind of technology if it had been available to them. If science can be used to eliminate human suffering, then let’s get on with it.

Johnjoe McFadden is professor of molecular genetics at the University of Surrey and co-author of of Life on the Edge: the Coming of Age of Quantum Biology. Follow him on Twitter @johnjoemcfadden.