By Zamira Rahim | 20 November 2018
The Independent 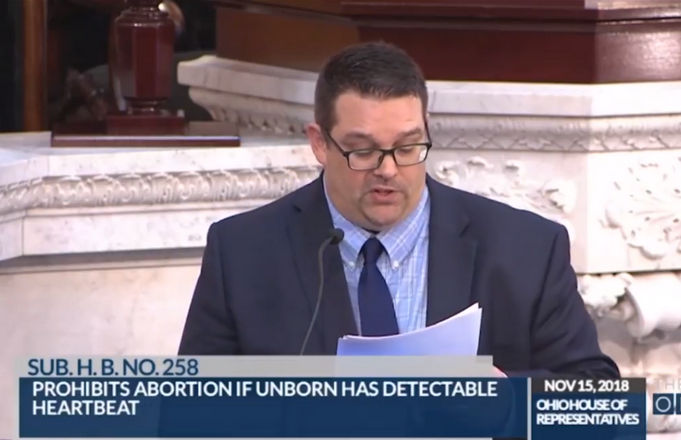 Politicians in Ohio are considering passing a bill that could allow abortions to be punishable with life sentences in prison and even the death penalty.

The proposed law, House Bill 565, would extend the definition of a person in Ohio’s criminal code to include the “unborn human”.

This would mean that a foetus, from conception to birth, would be considered a person, leaving people who perform or undergo abortions vulnerable to severe criminal penalties.

House Bill 565 makes no exception for pregnancies arising from rape or incest or which risk the life of the mother.

The Ohio legislature is controlled by the local Republican party.

The bill would not only criminalise abortion but also defines the process as “causing the death of an unborn human, by any method, including, but not limited to, chemical methods, medical methods, and surgical methods.”

Although the document does not include miscarriages, it is unclear how an unintended termination would be proven by a woman or doctor under scrutiny.

The bill was proposed in March and is awaiting consideration by the legislature’s health committee.

House Bill 565 is only the latest bill to be introduced in the Ohio legislature that seeks to severely limit abortion rights.

The so-called ‘heartbeat bill’, which would criminalise performing abortions at the point a foetal heartbeat is detected, was passed by the Ohio House of Representatives on 15 November.

Most women are unaware of their pregnancy at this point.

Doctors who perform an abortion on a foetus with a heartbeat could be punished with up to a year in prison and a $2,500 fine, according to The New York Times.

The ‘heartbeat bill’ will now pass to the Ohio state Senate.

Governor John Kasich has threatened to veto the controversial bill if it reaches his desk, according to local newspaper The Columbus Dispatch.

A 3/5 majority vote in both the Ohio House of Representatives and state Senate would be needed to override the Republican governor’s veto.

Anti-Abortion Bill Could Be Passed In Ohio | NowThis. (Published on Dec 8, 2016)