Byron Reese recently authored a book titled The Fourth Age. I thoroughly enjoyed this fascinating look at history, and the focus on possible futures. In looking at the future, Mr. Reese explores the reasons that experts disagree on the path of these possible futures. He asks: why do Elon Musk, Stephen Hawking, and Bill Gates fear artificial intelligence (AI) and express concern that it may be a threat to humanity’s survival; and yet, why do an equally illustrious group, including Mark Zuckerberg, Andrew Ng, and Pedro Domingos, find this viewpoint so far-fetched as to be hardly even worth a rebuttal? The answer as described by the author lies not in what we know – but what we individually believe. This theme throughout the book is an interesting piece of self-reflection. See how you would answer the questions posed by the author.

Much like my underlying premise that we are rushing towards another Tipping Point in Human History, Mr. Reese sees the dawn of a new age – the Fourth Age – where we will use computers and robots to outsource more and more of our thoughts and actions. I completely agree with his general thesis: the questions that come out of this transition are profound, for they relate to what it means to be human. True tipping points in human history share this in common: a change in what it means to be human. This I believe is what is missing from the hype-driven technology speak of our times. Mr. Reese points out that for us to rightly say we have launched into a new age, something must come along that changes us and how we live in a profound and permanent way. Something that alters our trajectory as a species.

The book of the week for the week of July 9th: The Fourth Age by @byronreese. A Full list of recommended books can be found here: https://t.co/MCBAzJDSxJ #AI #Robots #machines pic.twitter.com/9HLZ2yKrlM

THE FIRST AGE: language and fire. Fire was the original multi-function technology. It provided light, safety (because animals feared it), and the ability to cook (its greatest benefit). Cooked food enabled us to increase our caloric intake – the effect of which allowed us to grow our brains. These more powerful brains led to the creation of a new technology called language – the great leap that historian Will Durant says, “made us human.”

THE SECOND AGE: agriculture and cities. The Second Age began 10,000 years ago. When the climate warmed and stabilized about 12,000 years ago, agriculture became viable. Its emergence brought about additional advances; the first was the city. Whereas hunter-gatherers had to go to the sources of food, agriculture required humans to settle down in one place. The second advance was the division of labor. Mr. Reese points out that its impact marks a major milestone in the history of humanity. Dividing labor allowed individuals to specialize in narrower tasks, instead of those things necessary for survival. By doing so, tremendous economic growth was achieved through the efficiencies realized.

THE THIRD AGE: writing and wheels. The Third Age began five thousand years ago when writing was first invented. As described by the author, writing changed humanity because for the first time, what a person knew could live on, and ideas could exist outside a human mind. Knowledge – a key driver of our current age – could be flawlessly copied and transported around the world. The wheel came along at the same time, and as a pair they increased commerce, aided the flow of information, and promoted travel.

As we have seen throughout history, each new age is triggered by innovation in science and technology. A tipping point is realized when these innovations are so transformative that they change our entire species – setting us off in a new and entirely unexpected direction. The author provides examples of how this new direction results in fundamental changes in just about every aspect of life. The warning signals are there: The fourth age described by Byron Reese, or the Third Tipping Point in Human History – however you view it, those fundamental changes are coming. 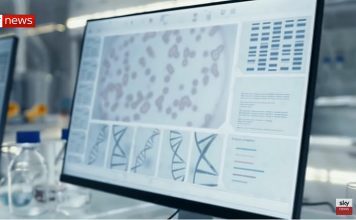