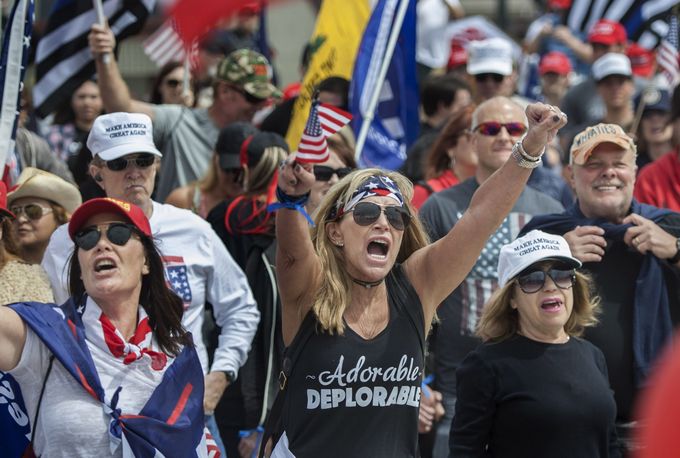 This is a book review of Conservatives without Conscience by John Dean.

It is the best book I’ve read in explaining the history of conservatism and leaders like Newt Gingrich on the increasing authoritarianism of Republicans. It also explains why authoritarian Republicans, who tend to have been selected and voted in by evangelicals, have no morals and act against the nation’s best interests. And why they don’t criticize Trump’s racist, sexist, war mongering tweets.

Republicans are not all like that. There are plenty of decent, honorable, moral Republicans, but this explains how the authoritarian faction has gained so much power. Historically, there were at least 9 types of Republicans who disagreed about a lot of stuff. But they were united over their hatred of Communism. Now they are united in kowtowing to evangelicals and fundamentalists who tend to be racist (when the KKK returned in the 1920s, most of them were evangelicals as revealed in The Second Coming of the KKK: The Ku Klux Klan of the 1920s and the American Political Tradition. Back then too their goal was gaining political power and they threw their weight behind racist candidates).

Right-wing evangelicals, fundamentalists, and pentecostals ARE the Republican party and the majority of their voters. Despite there being far more moderates, liberals, and mainstream church Republicans, they have an out-sized influence on elections because they are foot soldiers who turn out in great numbers long before the election to get their candidates in office, and at the voting booth. Dean considers them to be conservatives without conscience, some would say sociopaths, and the root problem of America’s potential loss of democracy and becoming a fascist state.

John W. Dean was a former attorney on the White House Counsel for President Nixon from 1970 to 1973, but left politics after that. But when G. Gordon Liddy wrote a book in 1991 accusing him of being the mastermind of Watergate, he became so alarmed about the danger of the right-wing fascism and end of Democracy that he became on expert on authoritarianism to try to understand what they were thinking. This book is based on a great deal of scientific research on authoritarianism the past 40 years. It may sound politically partisan, but it isn’t.

Take the authoritarian quiz — does this sound like anyone you know?

Social conservatives, whose core members are Christian conservatives, comprise the largest and most cohesive faction of conservatism and typical right-wing authoritarian followers.

They cannot be stopped because their behavior is simply a function of the way they are and how they think, their dispositions, and the way they deal with the world.

And why does nothing seem to change their follower’s minds? The followers of authoritarian leaders crave submission to a powerful authority as a means of alleviating their fears of ambiguity, uncertainty, and complexity. The exaggerated hostility of leaders and talk-show hosts also satisfies a psychological need for antagonism toward the “out group,” reinforces the self-esteem of the conservative base, and increases solidarity within the ranks.

For the first time since 2010, a majority of Republicans say colleges & universities have a negative impact on U.S. https://t.co/vN5Vl3O61m pic.twitter.com/TUU35FWuIf

Dean is also an expert on the history of conservatism and its ideas. He lists eight kinds of conservatives and they have different values and goals.

Given the very different beliefs of the various conservative factions, how have conservatives succeeded in coalescing as a political force? The simple answer is through the power of negative thinking, and the ability to find common enemies. The adherents of early conservatism agreed that communism was the enemy, a fact that united them for decades—and hid their differences. Today’s conservatives—especially social conservatives, as opposed to intellectuals and the more thoughtful politicians—define themselves by what they oppose, which is anything and everything they perceive to be liberal. That category includes everyone from Democrats to anyone with whom they disagree, and can, therefore, automatically be labeled a liberal.

Without the support of Christian conservatives Republicans cannot even get nominated to local, state, and national offices, because they have become the filter through which all Republicans must pass today. Christian conservatives have a virtual lock on state and local Republican politics, and have totally outmaneuvered their opposition. “In American politics,” wrote Joel Rogers of the University of Wisconsin, “who controls the states controls the nation. The right understands this, and for a generation has waged an unrelenting war to take over state government in America. It has succeeded, in large part because it hasn’t faced any serious progressive counter effort.”

Their ultimate goal is to pack federal courts with judges who will do God’s work and stop the right of women to have abortions, stop the teaching of safe sex and evolution in schools, encourage home schooling, ban contraceptives, halt stem cell research with human embryos, ban gay marriage, eliminate the separation of church and state, control the sexual content of cable and network TV, radio, and the internet.

And you can’t get rid of them, their children will become authoritarian too: Authoritarian parents transfer their beliefs to children through religious instruction. Christian conservatives tend to come from strict religious backgrounds, and often prevent their children from being exposed to broader and different views by sending them to schools with like-thinking children, or by home schooling them. This, in turn, results in an authoritarian outlook that remains strong during adolescence—the period when authoritarian personalities are formed and then taken into adult life.

To me this is a Twilight Zone show. Evangelicals are not letting the next generation know anything about anything but the Church and the Bible and racism and hatred of liberals. My god, this is the only time in history when 80 to 90% of people didn’t do back-breaking farming all day and have the luxury of learning about the Universe. To deny your children the wonder and amazement of all that’s around us should be criminal.

A Former Republican Explains How They Destroyed the Legislative, Executive & Judicial Branches

Most Republicans View Higher Education As Bad For America