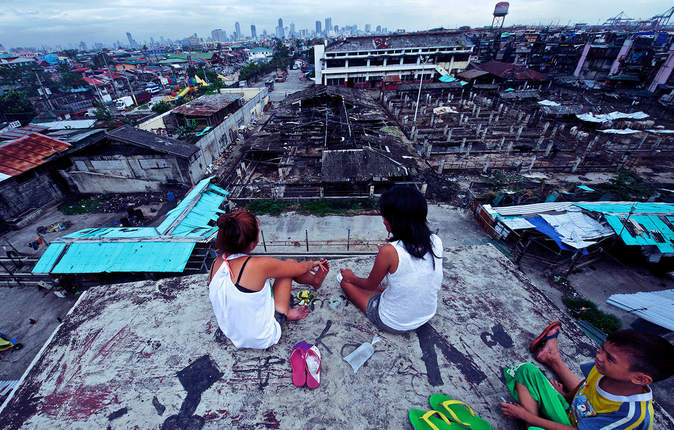 I was startled by the final comment in a January 1, 2019 op ed which appeared in the Washington Post entitled “The demographic time bomb that could hit America” by Catherine Rampell about the lack of population growth in Japan being so dangerous and likely to be a problem for the USA.

Mrs. Rampell ends by saying, “In a sense, then, Japan has learned the opposite lesson of the United States: If you want more babies, find ways to make it easier for working people to have kids — through both more family-friendly workplace policies and a more liberal immigration system. (Immigrants, by the way, tend to have more babies than do native-born Americans.) And preferably, do all this before the demographic time bomb explodes.”

She also reported that 40% of babies born in the USA are to unwed mothers.

Rather than let her column ignore the vital issue about the effect of huge world population growth, I emailed my questions on her op ed to Dr. David Massey, the Director of the Office of Population Research at Princeton, NJ, a highly respected source of demographic knowledge.

He very graciously and promptly responded in a January 1, 2019 email that Mrs. Rampell, a 2007 Princeton grad, is basically correct that 40% of US babies are born to unwed mothers, saying that “According the National Center for Health Statistics the share of births to unwed mothers is 39.8 percent.”

But he also offered the good news that in the USA “Teen births have been trending down for some time but unwed births are up. However, her language insinuating that the US somehow faces a demographic time bomb is off base.”

In fact, he noted that “The US fertility rate is relatively high among countries in the developed world (second only to France) and the rate of natural increase is still positive.”

However, we now know that the huge increase in US population from 1965 from 185 million to 330 million now is essentially the result of decades of lax enforcement of immigration laws, now the subject of intense national debate. Most Americans favor less immigration and are concerned about the constant ignoring of our existing immigration laws. A recent Yale University study indicated that over 20 million illegal aliens were resident in the US, a situation that other countries do not permit.

That dealing with our aging US population will require substantial attention is agreed. However, Professor Massey states “But of course the challenge of global population growth hasn’t gone away. Latin America, North America, Europe, Oceania, East Asia, and parts of Southeast Asia are basically at or below replacement level fertility, but Africa, the Middle East, and Central Asia continue to have very high levels of fertility and rapid rates of growth that put a lot of pressure on governance and economic development.”

One more column by me isn’t likely to change much, but our world leaders are most unwise to continue to ignore the population growth as a factor as human governance seems to grow everywhere more chaotic.

Let me end on a positive note for the New Year. From my late 1960’s trips to developing countries, where in Mexico I saw dead women in hospital wards as the result of sceptic abortions, the abortion issue has been for me over my long career in family planning a main focus. I helped found IPAS in 1971 and served as its Chair and President until the mid-1980’s. Go to ipas.org for more information.

Now, as is becoming obvious, the availability of medical abortion pills has dramatically changed the game. My recent op ed tells this positive story which of course is not likely to be fully implemented in my lifetime, but surely for my granddaughters.

A special reason to be thankful on Thanksgiving: Improved access to birth control

And be sure to read Phil Harvey’s outstanding 2015 paper at Harvey P. J Fam Plann Reprod Health Care 2015;41:193-196. ABSTRACT “While the medical abortion (MA) drugs, mifepristone and misoprostol, have radically altered reproductive health practices around the world, there has been little field research on the sales and use of these drugs, especially in developing countries.”

Mrs. Rampell’s being right on the number of out of wedlock mothers underlines that in the US we have an urgent continuing need to get methods to whoever wants them as cheaply and safely as possible.

Dr. Massey correctly notes that population growth has slowed or stopped in many areas of the world. However, I would argue that Brexit and the political turmoil in France and in so many other developed and developing nations demonstrates clearly that population growth which has already occurred but has now slowed or even stopped is now deeply affecting the ability of all governments and private sector players to govern and maintain stability around the world.

Ms. Rampell seems unaware of this huge growth of world population and its implications for human welfare on Planet Earth. I was born in 1931 when the earth had about 2 billion humans. If I live another few years, there will likely be 8 billion of us humans on the planet and at least 9 by 2100.

Hence when she decries a baby shortage in Japan at a time when the planet adds 230,000 net new humans a day one must be questioning. In fact, Dr. Massey says, “her language insinuating that the US somehow faces a demographic time bomb is off base”. Hardly a surprising conclusion, since as I noted above in 1965 the US population was 185 million and it now numbers 330 million and growing.

Her acknowledged point about the shortage of child care in Japan reinforces my concern that the solution to the need to reduce human numbers lies not with having more babies (or immigration) but acknowledging that robotics and better utilization of older people could gradually bring down her perceived need for more, more, and more people.