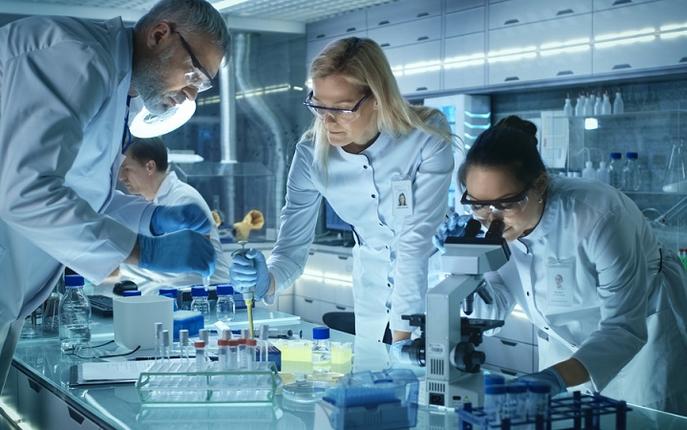 A number of therapies that directly target the aging processes are currently in human trials and could change medicine significantly in the next decade if the results are positive.

Aging is basically the accumulation of damage and errors caused by a collection of varied processes that harm the functions of the body through the accumulation of waste, imperfect repair, the deregulation of cellular processes, the dysfunction of the immune system, chronic inflammation, and other disorders.

The body attempts to maintain an equilibrium between the damage that aging causes and the repairs it makes to try to offset this; this balance is known as homeostasis. Unfortunately, as time passes, the repair mechanisms cannot keep pace with the damage; it begins to build up and eventually reaches pathological levels, leading to the familiar diseases of old age that we all recognize. Quite simply, the aging processes cause damage, which eventually leads to age-related diseases.

So, now we understand what aging is, what can we do about it in order to delay, prevent, or even reverse age-related diseases?

The current approach used in medicine tends to focus on treating symptoms rather than the root causes of diseases; this is the infectious disease model of treatment, and it works fine when dealing with infectious diseases, but when it comes to the treatment of age-related diseases, it is a losing proposition. It becomes a downward spiral of treatment attempting to suppress the symptoms; over time, more age-related diseases appear, and treatment becomes increasingly futile and expensive.

There are nine proposed reasons that we age as described in the Hallmarks of Aging, and each is a target for rejuvenation biotechnology therapies.

In the last decade or so, we have come a long way in our understanding of how aging works and how it relates to age-related diseases. There are now a number of rejuvenation biotechnology-based therapies already in human trials right now.

Stem cell therapies are probably one of the best-known forms of rejuvenation biotechnology, having been around for over a decade, and their use is becoming increasingly common in medical practice. Stem cell exhaustion is a reason we age, as our pool of replacement cells runs out or is prevented from working by chronic age-related inflammation, and the repair and regeneration of our tissues and organs grind to a halt.

Mesenchymal stem cells (MSCs) have been in the spotlight recently and are currently in human trials to test their effectiveness against age-related frailty as part of the CRATUS program [1]. Named after the Greek God of strength and power, CRATUS clinical trials aim to reduce frailty in the elderly via MSC therapy.

Can you believe there are 200 million stem cells in just 20 milliliters of sterile saline in this syringe? The picture shows one dosage of Mesenchymal Stem Cells manufactured here at Hope, currently used for clinical trials and research, ready for an IV infusion. #StemCells pic.twitter.com/Ww4yozejVE

Initial safety and efficacy studies have shown that MSCs can improve the physical performance of frail elderly people. This is good news, as frailty has a serious impact on independence and the quality of life in older people and can lead to falls, which often prove fatal.

This is just one of many examples of where stem cells are currently being tested to combat age-related diseases. There are other trials investigating the use of stem cells of various kinds against diseases such as Parkinson’s and Alzheimer’s and for replacing cartilage in joints and even regenerating the thymus to boost the aging immune system. While there are challenges and hurdles to overcome, the field of stem cell research holds great potential in the battle against age-related diseases.

Senolytic drugs that address cellular senescence, which is one of the hallmarks of aging, have enjoyed considerable press exposure in the last few years.

As we grow older, more and more of our cells enter a state known as senescence: they cease dividing and supporting the tissues of which they are a part; instead, they secrete a range of harmful signals that prevent tissue repair and cause healthy nearby cells to also become senescent.

These signals contribute to the smoldering background of chronic inflammation that most older people experience and are thought to facilitate a variety of age-related diseases [2-8]. Under normal conditions, senescent cells destroy themselves via the process of apoptosis, a kind of self-destruct mechanism, and are then disposed of by the immune system. However, as we age, more of these cells evade apoptosis as our immune systems decline, and more of them begin to build up in our bodies.

It has been proposed that removing these senescent cells could prove beneficial for health and help prevent age-related diseases. So, in 2011, researchers put this idea to the test. Here are two mice from a Mayo Clinic study; the two mice are littermates and are the same age [9]. The mouse on the left has been left to age normally, the mouse on the right has had the senescent cells purged from its body. You can see a striking difference in physical appearance, and the treated mouse was healthier, lived for longer, and remained free from age-related diseases for a longer time. The caveat is that these mice were engineered to react to a compound to purge the cells and their senescent cells were not accumulated via natural aging, so this is not really representative of true aging.

This is where a new class of drugs called senolytics comes in. These drugs selectively target senescent cells and cause them to enter apoptosis, which they should have done naturally. In 2016, a follow-up to the 2011 experiment used senolytic drugs in normally aging mice to see if the results would be similar [10]. Once again, the researchers discovered that the removal of senescent cells improved the health of mice and seemed to delay various aspects of aging in tissues and organs.

This was the experiment that really got the interest in senolytics moving, and, as of today, they are now in human clinical trials with a company called UNITY Biotechnology, and there are various other companies hot on their heels to develop effective senescent cell removal therapies. Senolytics have huge potential in delaying, preventing, and even reversing multiple age-related diseases.

As we grow older, our body has increasing difficulty detecting nutrients and energy levels and responding to them in an appropriate way; this is deregulated nutrient sensing, which is another hallmark of aging. In the last few years, interest in a molecule central to energy metabolism and nutrient sensing has grown considerably in relation to aging.

The molecule in question is nicotinamide adenine dinucleotide (NAD+), which is an important metabolic signaling molecule found in the cells of all species. NAD+ helps facilitate cellular functions, DNA repair, growth, and many more things. Quite simply, without NAD+, life would be impossible.

Unfortunately, as we age, inflammation and other factors reduce the amount of NAD+ available to our cells, and our metabolism becomes dysfunctional as a result, leading to metabolic disorders such as T2 diabetes and obesity [11-12], vascular aging [13], and potentially heart disease [14].

Researchers are now seeing if restoring NAD+ levels in aged people might help them to remain healthier and delay or even prevent age-related diseases. They are doing this by using a compound called nicotinamide mononucleotide (NMN), which our bodies turn into NAD+ through a number of chemical steps and which has been shown in animals and human cells to increase the level of NAD+ available.

Earlier this year, researchers led by Dr. David Sinclair at Harvard Medical School showed that NAD+ was also able to restore blood flow in aged mice [15]. They gave the mice NMN, which, in turn, increased the level of NAD+ and encouraged the formation of new blood vessels supplying muscle tissue and organs, thus improving blood flow, much like what happens when you exercise.

I'm thrilled by all of the excitement and feedback surrounding this study. The idea that we might be able to restore what has been lost—by resetting the aging clock—is inspiring people around the world to think different about the next frontier in this fight. https://t.co/VrmdAqb6mw

During the study, the aged mice saw a 60% improvement to their treadmill exercise time compared to untreated mice of the same age. The mice also doubled their exercise endurance to a level similar to or better than younger mice. This suggests that NMN is able to fool the body into reacting as if it had been exercising.

Essentially, if this could be developed into a therapy, a pill might be created that emulates the effects of running 10 miles a day without having to do so, and it could help us to remain healthy and free from age-related diseases for longer. It has potential not only for age-related diseases but also for treating patients who are unable to move or who have mobility issues caused by age-related frailty.

NMN is currently in human clinical trials at Brigham and Women’s Hospital near the Harvard Medical School facility, and it is hoped that initial results will be available sometime in 2019.

These are just three examples of a new generation of medicine that is being developed and could dramatically change the way we think about and treat age-related diseases. There are other therapies currently being developed that address the various reasons we age, and these therapies are in different preclinical and clinical stages.

The idea of treating the aging processes directly to deal with age-related diseases is gaining traction, and, hopefully, it will replace the outdated idea that such diseases can be addressed using an infectious disease model of treatment. The results of these early human trials will be critical in shaping how the future of medicine pans out.

Steve Hill serves on the LEAF Board of Directors and is the Editor in Chief, coordinating the daily news articles and social media content of the organization. He is an active journalist in the aging research and biotechnology field and has to date written over 500 articles on the topic as well as attending various medical industry conferences. In 2019 he was listed in the top 100 journalists covering biomedicine and longevity research in the industry report – Top-100 Journalists covering advanced biomedicine and longevity created by the Aging Analytics Agency. His work has been featured in H+ magazine, Psychology Today, Singularity Weblog, Standpoint Magazine, and, Keep me Prime, and New Economy Magazine.