To better the world, humans need to be more intelligent and moral. They must evolve.

In the intellectual realm we need to utilize technology to augment our intelligence (IA) by any means possible—including education, genetic engineering, biotechnology, and artificial intelligence (AI). We also need to use technology in the moral realm. This includes controversial techniques like implanting moral chips in our brains. What does making ourselves more moral entail? After reading, teaching, and writing about ethics for almost thirty years, it is clear that the answer to this question is controversial. But I think the essence of morality lies in understanding the benefits of cooperation and the costs of ethical egoism. This is illuminated in the “prisoner’s dilemma (PD),” which reveals that we would all do better and none of us would do worse if we all cooperate. This insight also helps resolve the multi-person PD known as the “tragedy of the commons.” In this version of the dilemma, each acting in their apparent self-interest brings about disastrous consequences for the rest. The effects of situations with the structure of a PD resonates throughout the world in problems as diverse as insufficient public funding, to threats of environmental disaster and nuclear annihilation.

But of course knowing that we all do better if we all cooperate is undermined by the fact that each does better individually if they do not cooperate regardless of what others do. (At least in the one-time version of the interaction; in the n-person game this solution is not clear.) Hobbes’ solution was coercive governmental power that ensured individuals complied with their agreements. Other solutions include disablement strategies where the non-cooperative move is eliminated. Ulysses having himself tied to the mast of his ship so as not to be seduced by the sirens is an example of disablement. It may be necessary to wire our brains or utilize other technologies so that we must cooperate.

Ideally increasing intelligence and morality would cross-fertilize. As we became more intelligent, we would recognize the rationality of morality.[1] We would see that the benefits of mutual cooperation outweigh the benefits of non-cooperation. (This was Hobbes insight, we all do best avoiding the state of nature.) As we became more moral, we would understand the need for greater intelligence to assure our flourishing and survival. We would accept that increased intelligence is indispensable to a good future. Eventually we would reach the higher states of being and consciousness so desired by transhumanists.

But then again we may destroy ourselves.

Visual representation of the history of life on Earth as a spiral. pic.twitter.com/cdxol6gHnh

[1] Assuming morality is rational. If it isn’t we’d need another approach such as engineering people to be more sympathetic. Or we could conclude that morality is for suckers and try to kill, imprison, torture or enslave everyone else, like Hitler, Stalin, Tom Delay, Dick Cheney or similar psychopaths. 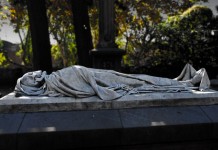