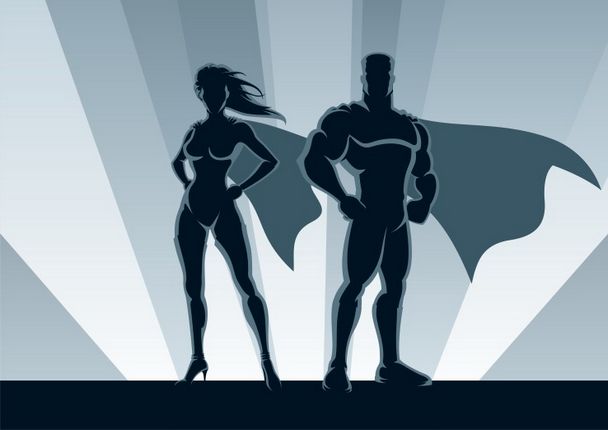 When I was eight I determined it my destiny to be one of the X-Men, a superhero born with extraordinary abilities. It seemed there were many bad things I could stop if only I were stronger, faster, smarter. To make a positive difference in the world, I had to be better. But there was just a very small chance I was carrying the X-gene, and so I would lie in bed each night and pray to God I was different, a mutant.

This was my introduction to genetics: To both my conception of genes and my very strong desire mine were superhuman. Twenty years later, nothing has changed but this: we no longer have to pray to God. The age of biological self-determination is upon us.

But an overwhelming majority of Americans oppose “germline engineering” in humans — the alteration of genes in the first cells of the blastocyst. A group of the most important biologists alive, led by an inventor of the new genome-editing technique that makes this easier than ever before, has called for a moratorium on the technology’s use.

A little over two years ago CRISPR-Cas9 was developed, the genome-editing technique that reignited the perennial public fear and mistrust of genomics. And in a phenomenal recent piece by the MIT Technology Review, the practice was introduced on social media with this unfortunate quote: “The fear is that germ-line engineering is a path toward a dystopia of superpeople and designer babies for those who can afford it.”

Why Are We Afraid of Superhumanity?

There are of course a great many risks when altering the structure of human DNA. This is not a game of Jenga. If mistakes are made, lives could be lost. But lives are lost every day on operating tables across the globe, and what scientist would be taken seriously who stood and called for cessation of open heart surgery on grounds that sometimes people die? People are already dying. That’s the problem we’re trying to fix.

Our DNA isn’t perfect; it’s just what we were born with, and aspects of it are killing us. With germline engineering, a world is conceivable in which the genes for strong disposition to heart disease are removed from afflicted men and women long before they’re ever born, in which Alzheimer’s disease, cystic fibrosis, Huntington’s disease, and sickle cell anemia are deleted from the human story.

There are risks with the application of every new technology, and some of them are quite scary. But the risks have been mitigated by research and practice, and the only crime against humanity here would be ignoring our potential to improve — yes, to make better — the human body.

Many biologists in the moratorium group want access to the technology to identify and mitigate risks themselves, and so clearly understand that mitigation of risk is possible. So what’s the real motivation for our current hysteria, then, and for the parade of doomsaying bioethicists, reading from the panicked book of Michael Crichton, and calling for the termination of an incredibly important, if nascent technology? As it turns out, science has nothing to do with it.

For NPR, Rob Stein wrote: “The big worry is that CRISPR and other techniques will be used to perform germline genetic modification… And that’s something that’s always been considered taboo in science.”

In the New York Times, on the problems with germline engineering, the true fear was very well distilled with: “…which could be used to cure genetic diseases, but also to enhance qualities like beauty or intelligence. The latter is a path that many ethicists believe should never be taken.” Full stop. But why? No one ever expands, here. And since when, from reputed, important voices in journalism, is it okay to end a conversation at “Well, it’s taboo, so we’d better not”?

Taboos are things that exist in place of reason, where popular social tastes determine human action. There’s nothing rational about them. They may not all be seen through to unjust or calamitous political conclusion — as too many of them are — but certainly every one of them should be questioned. And this one here is roughly: it’s morally acceptable — maybe — to bring a child into the world without a crippling weight around her neck, but to give her some perceived advantage over the rest of us, the genetically typical? Never.

Here, the detractors of germline engineering are betrayed by their true opinion: We can probably get the technology safely working, but what about the cultural ramifications?

What’s to stop a very small group of people, now enhanced genetically well beyond the average human in every way imaginable, from winning at the zero sum game of life? They’d just take all the resources, right? The superpeople would be super capitalists — Donald Trump with a mind twice as formidable as Einstein’s, and we would all be made his slaves. The Trumpettes, he would maybe call us. The Trumpkins. The Trumped.

This is of course insane, and the problem is mostly fiction. From Brave New World to Gattaca, we’ve not heard a story that deals in the genetic enhancement of humans that doesn’t end in gross inequality or disaster. But the inequality piece is the most pernicious. So we’ve arrived at the politics of class, the primary motivation behind most criticism of technology, genetic or otherwise, as one could read plainly from the very start of the now-defunct Valleywag. But Gattaca isn’t real. It’s just a horror story that we’ve told ourselves.

What About a Redraft?

Let’s take the most incorrigible rich people alive. Let’s take the worst Bravo! reality television stars in history (so just, like, any random five I guess), and give them superchildren with superintelligence. Twenty young people are affected at the start, and 20 years later?

Is this the future? I can’t know for sure, but it seems more likely than the evil Mega Trump. And while caution should be exercised — while this conversation should be had, certainly — a world post-scarcity, with total freedom and unlimited resources for everyone, should ever be the goal.

I recently re-read Jurassic Park at the end of which (spoiler alert!) a bunch of dinosaurs escape into the world and threaten humanity. It made me angry, but it also got me thinking. The truth is, there may be dinosaurs every now and then that threaten humanity. That’s just life. But as anyone who grew up on comics knows, in the Savage Land the dinosaurs always get their asses handed to them by the Children of the Atom, because in the end, the X-Men always win. So we’d better damn well have them on our side.

Originally published at techcrunch.com on April 22, 2015.