Scientists from around the world are meeting in Washington this week to debate how best to proceed with research into gene-editing technology.

Gene editing is a new precise form of genetic engineering. It uses enzymes from bacteria to locate genes within DNA and delete or replace them. In early 2015, Chinese scientists used it to modify human embryos as a first step towards preventing the genetic transmission of a blood disease.

Many people, including scientists, are worried about creating genetically modified humans. They’re worried about numerous things: genetic mistakes being passed on to the next generation; the creation of designer babies who are more intelligent, more beautiful or more athletic; and the possibility of causing severe growth abnormalities or cancer.

While these are valid concerns, they don’t justify a ban on research. Indeed, such research is a moral imperative for five reasons.

Gene editing could be used to cure genetic diseases such cystic fibrosis or thalassaemia (the blood disease that the Chinese researchers were working to eliminate). At present, there are no cures for such diseases.

Detractors say selection of healthy embryos or fetuses via genetic testing is preferable. But such genetic tests require abortion or embryo destruction, which is also objectionable to some people.

What’s more, genetic selection doesn’t benefit patients – it’s not a cure. It merely brings a different person, who is free from disease, into existence. Future people would be grateful if their disease is cured, rather than being replaced by a different healthier or non-disabled person.

Most common human diseases, such as heart disease or schizophrenia, don’t just involve one gene that’s abnormal (such as in cystic fibrosis). They’re the result of many, sometimes hundreds, of genes combining to cause ill health.

Genetic selection technologies can’t eliminate genetic predispositions to these diseases. In principle, gene editing could be used to reduce the risk of heart disease or Alzheimer’s disease.

Each day, thousands of people die from age-related causes. Cardiovascular disease (strongly age-related) is emerging as the biggest cause of death in the developing world. Ageing kills 30 million every year.

That makes it the most under-researched cause of death and suffering relative to its significance. Indeed, age-related diseases, such as heart disease or cancer, are really the symptoms of an underlying disease: ageing.

Gene editing could delay or arrest ageing; this has already been achieved in mice. Gene editing might offer the prospect of humans living twice as long, or perhaps even hundreds of years, without loss of memory, frailty or impotence.

The fourth reason for supporting gene-editing research on human embryos is the flip side of the designer baby objection. People worry that such technology could be used to create a master race, like fair-haired, blue-eyed “Aryans”.

What this concern neglects is that the biological lottery – i.e. nature – has no mind to fairness. Some are born gifted and talented, others with short painful lives or severe disabilities. While we may worry about the creation of a genetic masterclass, we should also be concerned about those who draw the short genetic straw.

Diet, education, special services and other social interventions are used to correct natural inequality. Ritalin, for example, is prescribed to up to 10% of children with poor self-control to improve their educational prospects and behavioural control.

Gene editing could be used as a part of public health care for egalitarian reasons: to benefit the worst off. People worry that such technologies will be used to benefit only those who can afford it – keep reading for why they shouldn’t.

Gene-edited embryonic stem cell lines that cause or protect against disease could help us understand the origins of disease. Other edited stem cells could help treatment – imagine blood cells that kill and replace leukemic cells.

This knowledge could be used to develop treatments for diseases, including drugs, that can be produced cheaply. And that would reduce, rather than increase, inequality.

There are valid concerns about applying gene editing to create live born babies. Such reproductive applications could be banned.

But the technology could be used for therapeutic research: to understand disease and develop new treatments. And any constraints we place on it must keep this in mind.

Laws to prevent reproductive gene editing may be justified on the basis of safety concerns but a ban on therapeutic gene editing cannot.

To ban it would be to ignore a great deal of good that can be done for a great many people, including some of the most vulnerable.

Professor Julian Savulescu is qualified in medicine, bioethics and analytic philosophy. He holds the Uehiro Chair in Practical Ethics at the University of Oxford. He is Director of the Uehiro Centre for Practical Ethics and a Principal Investigator at the Wellcome Centre for Ethics and the Humanites is Oxford. He is a Visiting Professor at the Murdoch Children’s Research Institute and Distinguished Visiting Professor in Law at the University of Melbourne. He is engaged in research, education and stimulating open discussion around the ethical issues arising in everyday life.

Why scientists are editing genes in human embryos

Econogenomics: The Economics of Genomic Testing for Health 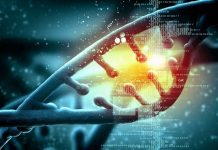 Genome Sequencing for Healthy People: Is it Time? 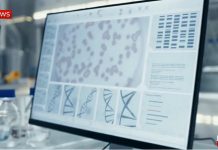 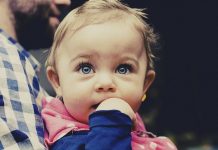 The designer baby debate could start a war 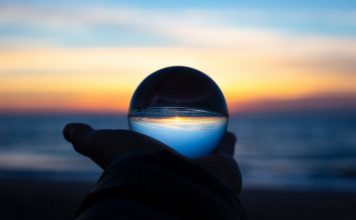 You Ain’t Seen Nothing Yet