The international summit on human gene editing concludes tomorrow. This is why they must agree to allow scientists to pursue work on human DNA.

An international summit on human gene editing is underway in Washington DC. Scientists and other specialists, myself among them, are gathered here to discuss the potential of powerful new technologies to make changes to human DNA. A major question for those attending is whether gene editing of human embryos for therapeutic reasons should be on the table or categorically ruled out.

All of us need gene editing to be pursued, and if possible, made safe enough to use in humans. Not only to pave the way for procedures on adult tissues, but to keep open the possibility of using gene editing to protect embryos from susceptibility to major diseases and prevent other debilitating genetic conditions from being passed on through them to future generations.

Unesco (in their Universal Declaration on the Human Genome and Human Rights) absurdly endorses the notion of the preservation of the human genome as common heritage of humanity. Likewise, the Oviedo Convention provides Article 13, which states: “An intervention seeking to modify the human genome may only be undertaken for preventive, diagnostic or therapeutic purposes and only if its aim is not to introduce any modification in the genome of any descendants.”

How any such modification could be made without having the aim of introducing “modification in the genome of any descendants” the Council of Europe does not explain. Sensibly, neither the UK nor Germany have signed up to this nonsense (nor has the US) and many other states have severe reservations. Many objections to germline interventions emphasise that such interventions are objectionable in that they affect “generations down the line”. But this is true not only of all assisted reproductive technologies, but of all reproduction of any kind.

Every year an estimated 7.9 million children – 6% of total births worldwide – are born with a serious birth defect of genetic or partially genetic origin. Had sexual reproduction been invented by scientists rather than resulting from our evolved biology, it would never have been licensed – far too dangerous!

If the appropriate benchmark for permissible risk of harm to future generations is sexual reproduction, other germline-changing techniques would need to demonstrate severe foreseeable dangers to fail.

In his statement on gene-editing in human embryos, Francis S. Collins, director of the National Institutes of Health stated: “The strong arguments against engaging in this activity remain … These include the serious and unquantifiable safety issues, ethical issues presented by altering the germline in a way that affects the next generation without their consent.”

“Serious and unquantifiable” safety issues feature in all new technologies but consent is simply irrelevant for the simple and sufficient reason that there are no relevant people in existence capable of either giving or withholding consent to these sorts of changes in their own germline. We all have to make decisions for future people without considering their inevitably absent consent. All would- be/might-be parents take numerous decisions about issues that might affect their future children. They do this all the time without thinking about consent of the children.

“I just don't think that blue eyes and [an extra] 15 IQ points is really a public health threat,”https://t.co/drSwNI3wIn

So far from “absence of consent” being a reason NOT to make decisions for future persons it is THE reason we must make such decisions – we cannot help doing so. The moral imperative here is to make the right decisions.

Notice that those who raise issues of consent in relation to non-existent beings, or indeed in relation to beings incapable of consent, only do so in circumstances when they wish to claim that the relevant children would not, or should not, have consented rather than the reverse, and therefore that those potential children should not be, or have been, born.

If there is a discernible duty here it is surely to create the best possible child. That is what it is to act for the best, all things considered. This we have moral reasons to do; but they are not necessarily overriding reasons.

Steven Hawking initially predicted that we might have about 7.6 billion years to go before the Earth gives up on us; he recently revised his position in relation to the Earth’s continuing habitability as opposed to its physical survival: “We must also continue to go into space for the future of humanity,” he said recently. “I don’t think we will survive another thousand years without escaping beyond our fragile planet.”

We will at some point have to escape both beyond our fragile planet and our fragile nature. One way to enhance our capacity to do both these things is by improving on human nature where we can do so in ways that are “safe enough”. What we all have an inescapable moral duty to do is to continue with scientific investigation of gene editing techniques to the point at which we can make a rational choice. We must not stop now. 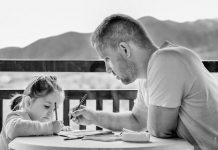 Would I Genetically Enhance My Own Children? 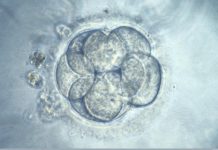 Is It Too Soon to Consider Genome Sequencing for Newborns? 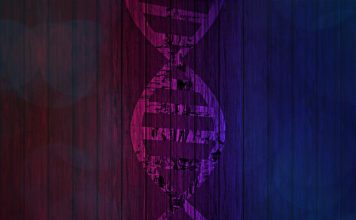 Our Best Values Must Guide Our Most Powerful Technologies