Soon after a series of incredible discoveries almost five decades ago launched the era recombinant DNA (later renamed genetically modified organisms, or GMOs), some of the world’s leading scientists and ethicists gathered at California’s Asilomar conference center to establish principles for how these powerful technologies might be used. Because these wise principles have been largely followed since, the 1975 Asilomar conference is often held up as a perfect example of responsible science at work. We can actually draw a straight line between the Asilomar principles and the relative safety of GMOs. In over forty years of extensive research, no evidence has ever been found that consuming GM crops is any less healthy for humans than consuming conventional crops (see this link). But while most experts think of Asilomar as a great success, I see it as a significant failure.

Because the general public was not educated, engaged, and empowered at the early stages of the GMO era, many people felt GMOs were being forced on them. Egged on by irresponsible and intellectually dishonest groups like Greenpeace, many in Europe and, to a lesser degree, the United States, came to see GMOs as a dangerous threat. Once these perceptions hardened, little could be done to change people’s attitudes. That’s why even though over 100 recipients of science Nobel prizes have signed a petition supporting GMOs as one tool for fighting hunger, malnutrition, and the effects of climate change, these calls fall on deaf ears. Sadly, the most disadvantaged people in Africa and South Asia suffer when these popular fears of GMOs in the rich world indirectly prevent many of the world’s poorest countries from adopting technologies that could save many people’s lives.

Today, we are at the dawn of a new era of in our development where the issues at hand is not GMOs but GMHs – genetically modified humans – and we can’t make the same Asilomar mistake again. The decisions we will make over that coming years are far too important for any group of experts to decide alone. All of our future is at stake and we all, or at least as many of us as possible, must play a role determining how we move forward.

Among my primary missions in life is to help spark national and global dialogues on how human genetic technologies can best be applied in ways that optimize benefits and minimize harms. I’m just back from another meeting of our World Health Organization international committee on human genome editing in Geneva where we agreed to place a special emphasis on public education, engagement, and empowerment. It’s a huge job but the alternative is chaos or worse. If a relatively small number of even well-intentioned specialists unleash a human genetic revolution that touches most everyone else and ultimately alters our species’ evolutionary trajectory without informed, meaningful, and early input from others, the backlash against the genetic revolution will overwhelm its monumental potential for good.

I’ve been doing a large amount of outreach since the Hacking Darwin launch (see this link) but I am particularly pleased with a five part series based around my work that ran on Fox TV Houston last week. The series does a great job presenting the content in ways that speak to the daily lives of viewers (here are links to the segments: 1, 2, 3, 4, 5). As I’ve outlined in earlier blog posts, I’d love for you to take the lead exploring these issues with others in your community.

The human genetics revolution is coming sooner than we think. Far better for us to draw on our best collective values to shape how these technologies will be used based than to sit back and let the decisions made by others guide technologies that will ultimately shape us. 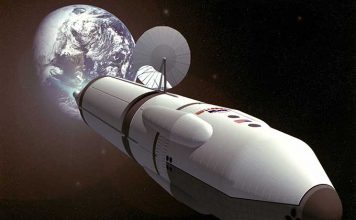