Imagine it’s the year 2040 and you’re due for your regular health checkup. Time to schedule your next colonoscopy, Pap smear if you’re a woman, and prostate screen if you’re a man.

But wait, you no longer need any of those, since you recently got one of the new biomed implants — a device that integrates seamlessly with body tissues, because of a watershed breakthrough that happened in the early 2020s. It’s an improved biological transistor driven by electrically charged particles that move in and out of your own cells. Like insulin pumps and cardiac pacemakers, the medical implants of the future will go where they are needed, on or inside the body.

Scientists at @Columbia built a new ion-driven transistor that can safely interact with human skin. What does this mean for the future of #medical #bioelectronics? Find out via @PhysicsWorld: https://t.co/bLuWsksfFd #wearabletech #healthIT pic.twitter.com/qj3LX3Dqfx

But unlike current implants, biological transistors will have a remarkable range of applications. Currently small enough to fit between a patient’s hair follicles, the devices could one day enable correction of problems ranging from damaged heart muscle to failing retinas to deficiencies of hormones and enzymes.

Their usefulness raises the prospect of overcorrection to the point of human enhancement, as in the bionic parts that were imagined on the ABC television series The Six Million Dollar Man, which aired in the 1970s.

“The evolution of the biological ion transistor technology is a game changer,” says Zoltan Istvan, who ran as a U.S. Presidential candidate in 2016 for the Transhumanist Party and later ran for California governor. Istvan envisions humans becoming faster, stronger, and increasingly more capable by way of technological innovations, especially in the biotechnology realm. “It’s a big step forward on how we can improve and upgrade the human body.”

The new transistors are more like the soft, organic machines that biology has evolved than like traditional transistors built of semiconductors and metal, according to electric engineering expert Dion Khodagholy, one of the leaders of the team at Columbia University that developed the technology.

The key to the advance, notes Khodagholy, is that the transistors will interface seamlessly with tissue, because the electricity will be of the biological type — transmitted via the flow of ions through liquid, rather than electrons through metal. This will boost the sensitivity of detection and decoding of biological change.

Known as an ion-gated transistor (IGT), the new class of technology effectively melds electronics with molecules of human skin. That’s the current prototype, but ultimately, biological devices will be able to go anywhere in the body. “IGT-based devices hold great promise for development of fully implantable bioelectronic devices that can address key clinical issues for patients with neuropsychiatric disease,” says Khodagholy, based on the expectation that future devices could fuse with, measure, and modulate cells of the human nervous system.

Naturally, such a paradigm change in the world of medical devices raises potential societal and ethical dilemmas, starting with who receives the new technology and who pays for it. But, according clinical ethicist and health care attorney David Hoffman, we can gain insight from past experience, such as how society reacted to the invention of kidney dialysis in the mid 20th century.

“Kidney dialysis has been federally funded for all these decades, largely because the who-gets-the-technology question was an issue when the technology entered clinical medicine,” says Hoffman, who teaches bioethics at Columbia’s College of Physicians and Surgeons as well as at the law school and medical school of Yeshiva University. Just as dialysis became a necessity for many patients, he suggests that the emerging bio-transistors may also become critical life-sustaining devices, prompting discussions about federal coverage.

But unlike dialysis, biological transistors could allow some users to become “better than well,” making it more similar to medication for ADHD (attention deficit hyperactivity disorder): People who don’t require it can still use it to improve their baseline normal functioning. This raises the classic question: Should society draw a line between treatment and enhancement? And who gets to decide the answer?

If it’s strictly a medical use of the technology, should everyone who needs it get to use it, regardless of ability to pay, relying on federal or private insurance coverage? On the other hand, if it’s used voluntarily for enhancement, should that option also be available to everyone  — but at an upfront cost?

From a transhumanist viewpoint, getting wrapped up with concerns about the evolution of devices from therapy to enhancement is not worth the trouble.

“Even if [the biological ion transistor] is developed only for medical devices that compensate for losses and deficiencies similar to that of a cardiac pacemaker, it will be hard to stop its eventual evolution from compensation to enhancement,” says Istvan. “If you use it in a bionic eye to restore vision to the blind, how do you draw the line between replacement of normal function and provision of enhanced function? Do you pass a law placing limits on visual capabilities of a synthetic eye? Transhumanists would oppose such laws, and any restrictions in one country or another would allow another country to gain an advantage by creating their own real-life super human cyborg citizens.”

In the same breath though, Istvan admits that biotechnology on a bionic scale is bound to complicate a range of international phenomena, from economic growth and military confrontations to sporting events like the Olympic Games.

The technology is already here, and it’s just a matter of time before we see clinically viable, implantable devices. As for how society will react, it seems safe to say that some lively debates and growing pains are on the horizon.

David Warmflash is an astrobiologist and science writer. He received his M.D. from Tel Aviv University Sackler School of Medicine, and has done post doctoral work at Brandeis University, the University of Pennsylvania, and the NASA Johnson Space Center, where he was part of the NASA’s first cohort of astrobiology training fellows. He has written numerous articles covering a range of science topics, from the search for extraterrestrial life and space exploration to the origins of life, genetics, neuroscience, biotechnology, and the history of science. David’s articles have appeared in various publications, including Wired UK, Discover, Scientific American, Genetic Literacy Project, and Cricket Media. Throughout 2018, he did a blog post series on the emergence of ancient science for Vision Learning, covering thinkers from history. Many of these ancient pioneers of science also make an appearance in David’s new book, “Moon: An Illustrated History: From Ancient Myths to the Colonies of Tomorrow”. Follow him on Twitter @CosmicEvolution.

If you're purchasing my book today, consider getting it through Barnes & Noble. It's 10% off right now and the B&N ranking could really use a bog boosthttps://t.co/coCDjmnbtI #nonfiction #science #sciencebooks #winterreading #summerreading #Spaceexploration #NASA #SpaceX 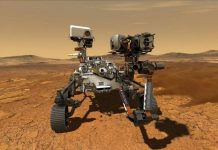 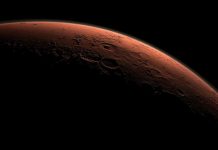 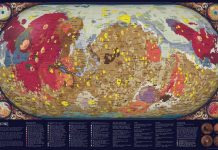