President Trump has praised what he called an “incredible” letter to the president from an Italian archbishop that said Black Lives Matter protests and the coronavirus quarantine are part of an orchestrated campaign by “the children of darkness” against “the children of light”.

“On the one hand there are those who, although they have a thousand defects and weaknesses, are motivated by the desire to do good, to be honest, to raise a family, to engage in work, to give prosperity to their homeland, to help the needy, and, in obedience to the Law of God, to merit the Kingdom of Heaven,” read the June 7 letter to Trump from Archbishop Carlo Viganò, a former Vatican diplomat to Washington. “On the other hand, there are those who serve themselves, who do not hold any moral principles, who want to demolish the family.”

Later in the letter, he wrote that “it is quite clear that the use of street protests is instrumental to the purposes of those who would like to see someone elected in the upcoming presidential elections who embodies the goals of the deep state.”

“Deep state” is a conspiracy theory alleging the existence of a hidden cabal in countries and within government offices that are attempting to undermine or usurp the authority of the legitimately elected government.

In his letter, Viganò praised the president for “wisely” opposing the “children of darkness whom we may easily identify with the deep state” and claimed that restrictions to stem the pandemic were a “colossal operation of social engineering.”

He also dismissed recent protests against racism and police brutality across the U.S. and around the world, claiming they were an instrument used to influence the upcoming presidential elections and “build a world without freedom.”

Trump tweeted a link to the letter saying, “So honored by Archbishop Viganò’s incredible letter to me. I hope everyone, religious or not, reads it!”

So honored by Archbishop Viganò’s incredible letter to me. I hope everyone, religious or not, reads it! https://t.co/fVhkCz89g5

Archbishop Viganò’s letter to President Trump: There is an eternal struggle between good and evil

Trump addresses US amid protests | Nightline 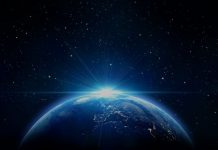 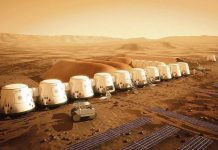