Despite claims that portray white Christians as walking away from the Republican Party, they aren’t going anywhere.

White evangelicals and white Catholics still overwhelmingly support President Donald Trump over former Vice President Joe Biden, even though both groups have slightly pushed back from Trump in the past three months.

Trump holds a 12-point advantage over Biden among white Catholics, 50 percent versus 38 percent, despite the Democratic presidential candidate being a white Catholic himself, a new Data for Progress tracking poll finds. Several surveys of voters released during the coronavirus pandemic and the George Floyd protests revealed that white evangelical support for Trump dropped by about 10 points – but pollsters and political analysts say an overwhelming majority of the group will come out in support of the Republican Party candidate on November 3.

Eastern Illinois University associate professor and pastor Dr. Ryan Burge told Newsweek Tuesday he believes the double-digit decline in white evangelical support for Trump between May and June was a “blip.” Trump will still win at least 75 percent of their vote this year, he maintains. Trump pulled in 75.8 percent of the white evangelical vote in 2016.

In 2016, Trump claimed victory over Hillary Clinton in large part due to the support of the white evangelical and Catholic communities. According to PRRI, more than eight in ten, equal to 81 percent of white evangelicals, supported Donald Trump in the 2016 election. 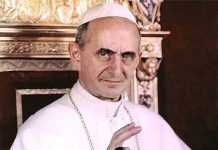