Exposed to the high temperatures of rapid transit through the upper atmosphere, DNA, the hereditary material in all life, survives and even retains functionality. This finding of a new study, based at the University of Zurich, involves a handful of researchers. One of them is Ralf Moeller of the German Institute of Aerospace Medicine (DLR), who also collaborates with several astrobiologists, including me, on a Planetary Society project called LIFE.

Similar to the Zurich-based experiment, which sent the DNA on a short sounding rocket flight, LIFE has successfully carried microorganisms and tiny animals on a space shuttle mission, and aims to send a variety of organisms through deep space for extended periods. People love hearing about such experiments, but why should it matter to most people if DNA can fly through the atmosphere, or outer space?

Where did life come from?

The reason has to do with the origins of life itself–or at least the origin of Earth’s extant life forms, and all of the extinct forma that have ever lived here. Fossil evidence shows that this planet has hosted life for more than 3.5 billion years. Chemical evidence suggests possible life going back a little further, 3.8 billion years ago. Corresponding to the beginning of what’s called the Archaean Eon, 3.8 billion years ago is when Earth’s crust started to form; prior to that, the planet is thought to have been too hot for any life to survive. This means that during the Archaean Eon, life either originated from non-living chemical systems or arrived here after traveling through space from somewhere else. Known as the transpermia hypothesis, the prospect of life coming to Earth from somewhere else does not attempt to explain the chemistry leading from nonliving to living molecules. Instead, it simply pushes the origin of Earth life to a different location, or locations.

There is a strong rationale for transpermia in that life forms can travel and survive in space, particularly inside rocks known as meteoroids, which come from other celestial bodies and strike Earth frequently. Moreover, since Earth is the biggest of the Solar System’s “rocky planets”–Earth, Mars, Venus, and Mercury–it took the longest to cool down after forming just over 4.5 billion years ago. Because Mars, and probably also Venus, were much more Earthlike billions of years ago than they are today, Mars would have been hospitable to single celled life forms for a few hundred million years or so while Earth was still an oven.

Each year, well over a ton of rock material and dust originating on Mars lands on Earth. Martian rock is catapulted into space when the planet is impacted by comets, asteroids or celestial bodies pulled in by gravity. While Mars has enough gravity to be impacted constantly, the material launched into space moves with such velocity that it can escape the planet’s gravity. Some of the material eventually makes its way to Earth because Earth’s gravity is even stronger than that of Mars and the distance really isn’t that great. While usually the rocks float around for thousands or millions of years, occasionally rocks make the trip within one to three years.

If Earth life came from somewhere else, Mars is the best candidate, but there are other worlds within the Solar System that are thought to have good conditions for life. This includes Jupiter’s moon Europa and Saturn’s moon Enceladus. Much closer though, a little further than Mars, is a dwarf planet known as Ceres. Earlier this year, the European Space Agency’s Herschel space telescope detected water on the little world. It may also have organic chemicals (chemicals based on carbon that form the basis of life on Earth), and scientists will know more about this next spring, when NASA’s Dawn probe arrives at Ceres. Depending on what Dawn finds out about Ceres’ conditions, Mars may get some competition as a potential source of origin of Earth’s life.

But life friendly environments on other worlds will do nothing for the transpermia hypothesis, if life cannot survive transit through interplanetary space. Over the next few years, the Planetary Society’s LIFE project may add to the growing knowledge base which already suggests that microorganisms, certain plant seeds, and even some animals–little invertebrates called tardigrades–can survive unprotected in the space environment. But to have seeded Earth, ET life forms would also have needed to survive entry through the atmosphere, characterized by massive heating. If embedded a few centimeters into a rock, organisms can remain cool. But there could also be organisms traveling freely through space, and this new study suggests that even this extreme situation might possibly be survivable.

First Animal to Survive in Space 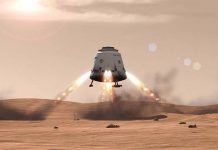 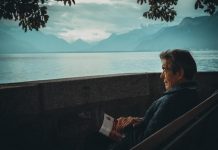