The recent launch of the Mars rover Perseverance is the latest U.S. space mission seeking to understand our solar system. Its expected arrival at the Red Planet in mid-February 2021 has a number of objectives linked to science and innovation. The rover is equipped with sophisticated instruments designed to search for the remains of ancient microbial life, take pictures and videos of rocks, drill for soil and rock samples, and use a small helicopter to fly around the Jezero Crater landing spot.

Mars is a valuable place for exploration because it can be reached in 6 ½ months, is a major opportunity for scientific exploration, and has been mapped and studied for several decades. The mission represents the first step in a long-term effort to bring Martian samples back to Earth, where they can be analyzed for residues of microbial life. Beyond the study of life itself, there are a number of different benefits of Mars exploration.

UNDERSTAND THE ORIGINS AND UBIQUITY OF LIFE

The site where Perseverance is expected to land is the place where experts believe 3.5 billion years ago held a lake filled with water and flowing rivers. It is an ideal place to search for the residues of microbial life, test new technologies, and lay the groundwork for human exploration down the road.

The mission plans to investigate whether microbial life existed on Mars billions of years ago and therefore that life is not unique to Planet Earth. As noted by Chris McKay, a research scientist at NASA’s Ames Research Science Center, that would be an extraordinary discovery. “Right here in our solar system, if life started twice, that tells us some amazing things about our universe,” he pointed out. “It means the universe is full of life. Life becomes a natural feature of the universe, not just a quirk of this odd little planet around this star.”

The question of the origins of life and its ubiquity around the universe is central to science, religion, and philosophy. For much of our existence, humans have assumed that even primitive life was unique to Planet Earth and not present in the rest of the solar system, let alone the universe. We have constructed elaborate religious and philosophical narratives around this assumption and built our identity along the notion that life is unique to Earth.

If, as many scientists expect, future space missions cast doubt on that assumption or outright disprove it by finding remnants of microbial life on other planets, it will be both invigorating and illusion-shattering. It will force humans to confront their own myths and consider alternative narratives about the universe and the place of Earth in the overall scheme of things.

As noted in my Brookings book, Megachange, given the centrality of these issues for fundamental questions about human existence and the meaning of life, it would represent a far-reaching shift in existing human paradigms. As argued by scientist McKay, discovering evidence of ancient microbial life on Mars would lead experts to conclude that life likely is ubiquitous around the universe and not limited to Planet Earth. Humans would have to construct new theories about ourselves and our place in the universe.

The U.S. space program has been an extraordinary catalyst for technology innovation. Everything from Global Positioning Systems and medical diagnostic tools to wireless technology and camera phones owe at least part of their creation to the space program. Space exploration required the National Aeronautics and Space Administration to learn how to communicate across wide distances, develop precise navigational tools, store, transmit, and process large amounts of data, deal with health issues through digital imaging and telemedicine, and develop collaborative tools that link scientists around the world. The space program has pioneered the miniaturization of scientific equipment and helped engineers figure out how to land and maneuver a rover from millions of miles away.

Going to Mars requires similar inventiveness. Scientists have had to figure out how to search for life in ancient rocks, drill for rock samples, take high resolution videos, develop flying machines in a place with gravity that is 40 percent lower than on Earth, send detailed information back to Earth in a timely manner, and take off from another planet. In the future, we should expect large payoffs in commercial developments from Mars exploration and advances that bring new conveniences and inventions to people.

In the not too distant future, wealthy tourists likely will take trips around the Earth, visit space stations, orbit the Moon, and perhaps even take trips around Mars. For a substantial fee, they can experience weightlessness, take in the views of the entire planet, see the stars from outside the Earth’s atmosphere, and witness the wonders of other celestial bodies.

The Mars program will help with space tourism by improving engineering expertise with space docking, launches, and reentry and providing additional experience about the impact of space travel on the human body. Figuring out how weightlessness and low gravity situations alter human performance and how space radiation affects people represent just a couple areas where there are likely to be positive by-products for future travel.

The advent of space tourism will broaden human horizons in the same way international travel has exposed people to other lands and perspectives. It will show them that the Earth has a delicate ecosystem that deserves protecting and why it is important for people of differing countries to work together to solve global problems. Astronauts who have had this experience say it has altered their viewpoints and had a profound impact on their way of thinking.

Many objects around the solar system are made of similar minerals and chemical compounds that exist on Earth. That means that some asteroids, moons, and planets could be rich in minerals and rare elements. Figuring out how to harvest those materials in a safe and responsible manner and bring them back to Earth represents a possible benefit of space exploration. Elements that are rare on Earth may exist elsewhere, and that could open new avenues for manufacturing, product design, and resource distribution. This mission could help resource utilization through advances gained with its Mars Oxygen Experiment (MOXIE) equipment that converts Martian carbon dioxide into oxygen. If MOXIE works as intended, it would help humans live and work on the Red Planet.

One of the most crucial features of humanity is our curiosity about the life, the universe, and how things operate. Exploring space provides a means to satisfy our thirst for knowledge and improve our understanding of ourselves and our place in the universe.

Space travel already has exploded centuries-old myths and promises to continue to confront our long-held assumptions about who we are and where we come from. The next decade promises to be an exciting period as scientists mine new data from space telescopes, space travel, and robotic exploration. Ten or twenty years from now, we may have answers to basic questions that have eluded humans for centuries, such as how ubiquitous life is outside of Earth, whether it is possible for humans to survive on other planets, and how planets evolve over time.

The author would like to thank Victoria E. Hamilton, staff scientist at the Southwest Research Institute, for her helpful feedback on this blog post. 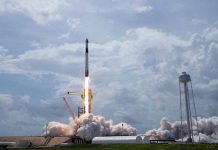 Reaching for the Moon, Mars and beyond: This is how space exploration can benefit all