Why would anyone in their right mind even think of voting for Donald Trump again? That question was answered by the psychologist, Vinita Mehta Ph.D., Ed.M., writing in Psychology Today.

There are five things that make a Trump supporter:

Readers of my blog-posts may remember we met this term in another Psychology Today article which explained why religious fundamentalists can so easily turn violent and why Creationists feel compelled to over-claim their expertise and insist they know impossible things to be true. Basically, they have a hierarchical view of society and try to elevate themselves up this assumed social hierarchy by pretending to be the superior of educated people, privy to ‘secrets’ and having a special understanding not available to lesser folk. People who are high in SDO:

… are characteristically dominant, driven, tough-minded, ill-tempered, and power-hungry. They are motivated by self-interest and self-indulgence, in what they see as a “dog-eat-dog” world.

It is easy to see this expressed in Trump’s casual racism in which he lumps whole cultures together as ‘bad hombres’, ‘animals’, ‘criminals’, etc., and white supremacists as ‘very fine people’ whilst subscribing to wackaddodle conspiracy theories which give him special insight into what’s really going on.

Trump’s world view sees white English-speaking, people at the top of a stratified, hierarchical society with black people at the bottom, and anything which argues against this as ‘fake’ and part of a conspiracy to destroy America. This has obvious appeal to white supremacists and evangelical fundamentalist who have the same view of an idealised American society.

For these people, ‘Make America Great Again’ means getting back to the days when whites folk were at the top of the heap and Hispanics, foreigners and black folk knew their place and stayed in it.

This is related to but distinct from SDO. It is an essentially conservative view which is inculcated in childhood, characterised by not only a hierachical view of society but a cultish deference to authority figures, a hatred for members of the ‘out-group’, and an aversion to new experiences and new ideas. A knee-jerk, rejection and aggressive response to disagreement and counter-argument – characterists of white evangelical Christian fundamentalists who get their opinions from authority figures in the pulpit and ancient authorities in holy books. Trump’s use of derogatory terms like ‘losers’, ‘complete disaster’ and ‘thugs’ in reference to people who disagree with him, epitomises his authoritarianism and appeals to like-minded people.

The same characteristics were very much in evidence in supporters of extremist political leaders well before 2016.

Although it was widely assumed that Trump voters tended to be poor, uneducated, white working-class people who felt let down by economic failures, the truth was rather different. In fact, the average income of a Trump voter in 2016 was around $82,000 – slightly more than that of a Clinton voter. In fact, Trump voters weren’t poor but felt they should have achieved more in comparrison to ‘less-deserving groups’ who were perceived to have done better. In other words, they saw themselves as slipping down their assumed social hierarchy. They felt relatively deprived and believed something was wrong with society that had allowed this to happen. Trump fed on this feeling of relative deprivation by blaming anyone and everything from the previous Democrat administration, including Clinton, ‘the media’, immigrants and a shadowy ‘elite’. Trump provided his base with an assumed common enemy they could rally together to defeat.

A combination of the above naturally predisposed Trump’s base to be prejudiced against immigrants, those from racially diverse backgrounds and anyone from the out-group – people who are presumed to be causing their loss of their rightful place in a stratified American society. Trump had built up a reputation for publicly-expressed prejudice and appeals to bigotry, with his ‘birther’ campaign and later referring to Covid-19 as the ‘China Virus’. Trump had made it acceptable to be loudly and proudly prejudiced again and this helped rally his cultish in-group to a common cause – defeating the out-group – a standard tactic for maintaining loyalty to a cult and maintaining divisions.

The evidence is that social contact tends to lessen intergroup conflict, driving down prejudice and fear and raising empathy. This explains why support for Trump, who had played on fears and prejudices toward Mexican immigrants in his 2016 vanity project, tended to increase the further removed from the Mexican border people lived. Trump supporters, possibly because of prejudice and fear, tend to be more parochial and to have less intergroup contact with minorities.

The question is, will Trump’s attempt to divide America again by tapping into these prejudices, preconceived of white entitlement and paranoias of enough Americans to give him the White House for four more years of pandering to white supremacist extremism and white Christian fundamentalism, both driven by a sense of white entitlement and a desire for a 1950s-style policy of hierarchical racial segregation and scapegoating in the mistaken idea that this is making America great again?

US Election: Who voted for Donald Trump?

Election 2020: What has President Trump done to America? | The Economist

The Power Worshippers: The Rise of Religious Nationalism (with Katherine Stewart) 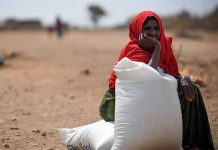