Slightly after noon EST on November 7th the major TV networks called Pennsylvania with its 20 Electoral votes for Joe Biden giving him 273 Electoral votes and making him the prospective 46th US President Elect and Senator Kamala Harris the potential first woman VP in US history.

As the results of the election unfolded, we were all clearly transfixed by its closeness. Neither side of our divided nation could believe the other side would dare vote for the opposite candidate.

But I was of course somewhat consoled that our democracy is surely working with the largest number of votes ever cast for President in our history! Pride!

Lots of emotions have surfaced, but for me one major emotion was simply embarrassment that 70 million–over 40 percent of us–voted AGAIN for Donald Trump and to return such a totally unfit person for our highest office. Yes, I guess my first emotion has to be one of very deep relief and thankfulness!

My embarrassment is further magnified by the constant reports that in defeat this soon to be ex-President will continue to be the political leader of the once proud GOP! It has been reported that the GOP’s main constituency now is white male non college graduates who feel that many powerful liberal Democrats, as Mark Shields noted on WETA, are instead of being the party of beer drinkers, now prefer chardonnay. The rural areas of America went for Trump, the cities for Biden.

The anomaly of his record apparently was ignored by his supporters. The list is too long to fit in any column, but despite the catalog of Trump’s failings offered by Bob Woodward’s Rage and Michael Cohen’s Disloyal: A Memoir this frightening number of Americans gave this wannabe burgeoning neo Nazi their vote. I recall that in my lifetime it only took Hitler about 4 years to turn the German democracy into one of the most depraved chapters in human history.

Certainly in fairness, Trump’s failure to manage the Coronavirus pandemic is not the only record of management failure by governments around the world. However, his dishonesty in telling us of its lethality, lying being the hallmark of his behavior, presaged his record of surrounding himself with his disreputable cronies and mountebanks.

So sad that the many able and reputable people who came to help him early in his term left and were thereafter continually attacked.

Then the “Fire Fauci!” cries from his final campaign stop symbolized perfectly his willingness to bend truth and ignore science.

FDR tried to pack the US Supreme Court in the 1930’s and failed! Trump succeeded!

That he has destroyed his party’s reputation as a party that half the voters in the US saw as an entity to be trusted suggests a new GOP needs to be reorganized since a strong two party system has proven such a bulwark in keeping the vital balance of power from getting as out of balance as it is now.

Where were the voices of those GOP senators as Trump bullied and bludgeoned his callous egotistical way forward because of their silent concurrence?

Hopefully Republican US Senators Toomey and Romney will shortly be joined by many others in expressing concern if not utter distain for the pathetic whining from this incumbent as he exits. Hope his exit will be better than I am guessing it will be.

These past months have elicited in all Americans a series of intense emotions.

Having been sequestered at home and very cautious when venturing out, my family and I (with one exception, my wife’s brother) have to date not gotten Coronavirus but we all remain on high alert waiting for a vaccine which could be months away.

We thus have all felt anger, fear, frustration and yet gratitude for the luck we have had as we have avoided COVID-19.

Now the election judged by many of us as the most important in our lifetime is over.

With potentially 300 plus Electoral votes for Biden, Trump’s threatened lawsuits are not likely to prove effective or even fundable! Trump’s Atlantic City junk bond creditors offer perfect past examples of his willingness to lead the unwary down dead-end paths!

Biden has won but he will face a hostile Senate and a smaller House majority.

So what emotions strike me now? Again let me repeat: Embarrassment, pride that the system worked, and great relief but also some fear that the influence of Trump will continue to infect our body politic in ways which reduce our freedom and comity as a great nation! 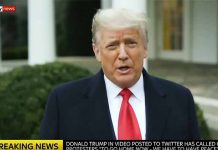