In May of 2019, SpaceX began launching its Starlink constellation with the launch of its first 60 satellites. To date, the company has launched over 800 satellites and (as of this summer) is producing them at a rate of about 120 a month. By late 2021 or 2022, Elon Musk hopes to have a constellation of 1,440 satellites providing near-global service and perhaps as many as 42,000 providing internet to the entire planet before the decade is out.

As of November 2020, SpaceX has invited participants to take part in a public beta test called “Better Than Nothing.” The service, aptly named, is providing users with a modest rate of between 50 to 150 megabits per second, a far cry from the gigabit download speeds at low latency they hope to offer. But perhaps more interesting is the small item in the terms of service, where participants must acknowledge that Mars is a “free planet.”

This item was spotted by Twitter account “WholeMarsBlog” (which has since been deactivated), and later confirmed Reddit-user “Smoke-Away.” On a message board posted to Starlink’s official Reddit account (on Wednesday, Oct. 28th), they attached the full terms of service document that users must sign to become involved in the “Better than Nothing” beta test.

These included the following item in the section titled “Governing Law”:

“For Services provided on Mars, or in transit to Mars via Starship or other colonization spacecraft, the parties recognize Mars as a free planet and that no Earth-based government has authority or sovereignty over Martian activities. Accordingly, Disputes will be settled through self-governing principles, established in good faith, at the time of Martian settlement.”

Well… that’s certainly a bold statement. And it certainly didn’t come as much of a surprise, given that Musk has made it clear that he hopes to establish a colony on Mars someday. In addition to kick-starting the exploration of Mars, establishing a colony on the Red Planet is one of the reasons Musk started SpaceX in 2001. It is also the purpose behind the Starship and Super-Heavy launch system.

On several occasions, Musk has provided snippets of what his long-term vision would look like. As he described it in January of 2020, he hopes to scale up production of the Starship, building 100 a year for ten years to create a fleet of 1000 Starships. He estimates that these would be capable of transporting up to 100 megatons a year or 100 people per trip, which would take place every 26 months (when Earth and Mars are nearest).

After a few decades, he hopes this will culminate in the creation of a self-sustaining civilization on Mars with a minimum population of one million men, women, and children. As for what kind of government this civilization will have, Musk has expressed his preference in the past for direct democracy, as he did in a 2018 interview during the South by Southwest Conference. As he states in the video:

Communicate instantly? Does that sound like a particular service that Musk is hoping to offer people? After all, Musk has indicated that he hopes to establish a satellite constellation around Mars to provide broadband access. And while it might sound like Musk is laying the groundwork for a bizarre social experiment with this, what he’s proposing is not without precedent.

In fact, there is a standing tradition that says that national governments cannot declare sovereignty over space or other planets. As per Article II of the Outer Space Treaty (signed in 1968), it states that: “Outer space, including the moon and other celestial bodies, is not subject to national appropriation by claim of sovereignty, by means of use or occupation, or by any other means.”

These terms, however, are in stark contrast to what the Governing Law section states about Starlink services on Earth or the Moon:

“For Services provided to, on, or in orbit around the planet Earth or the Moon, these Terms and any disputes between us arising out of or related to these Terms, including disputes regarding arbitrability (“Disputes”) will be governed by and construed in accordance with the laws of the State of California in the United States.”

So while Starlink and Musks’ other ventures are still subject to the law of the land here on Earth, Mars may be a different story. For some, the idea of a corporation creating a colony inspires all kinds of dystopian fantasies, not to mention some unfavorable historical comparisons. One look at the Hudson’s Bay or East India Company’s record would make anyone think twice!

Of course, it’s worth stressing that these terms of service pertain to a public beta test and may not represent the final version for when Starlink’s services officially become available. So if you really want to participate in the “Better Than Nothing” test, it’s probably okay to check that box!

While Musk certainly enjoys thinking about the future (and talking about it) there’s so much TBD between now and then that speculating on how Mars will be governed is pretty meaningless! 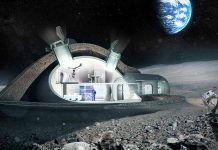 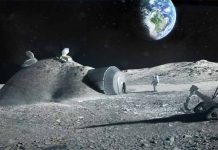 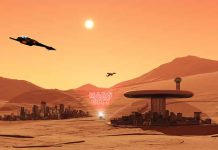